'Alcarràs', 'Five Little Wolves' or 'As bestas', "three movies" for the Oscar

'Alcarràs', the second feature film by Catalan filmmaker Carla Simón, winner of the Berlin Bear at this year's festival; 'Cinco lobitos', Alauda Ruiz de Azúa's first film, and 'As bestas', by Rodrigo Sorogoyen, are the three candidates to present Spain at the 95th Oscars and this Tuesday the chosen film will be revealed. 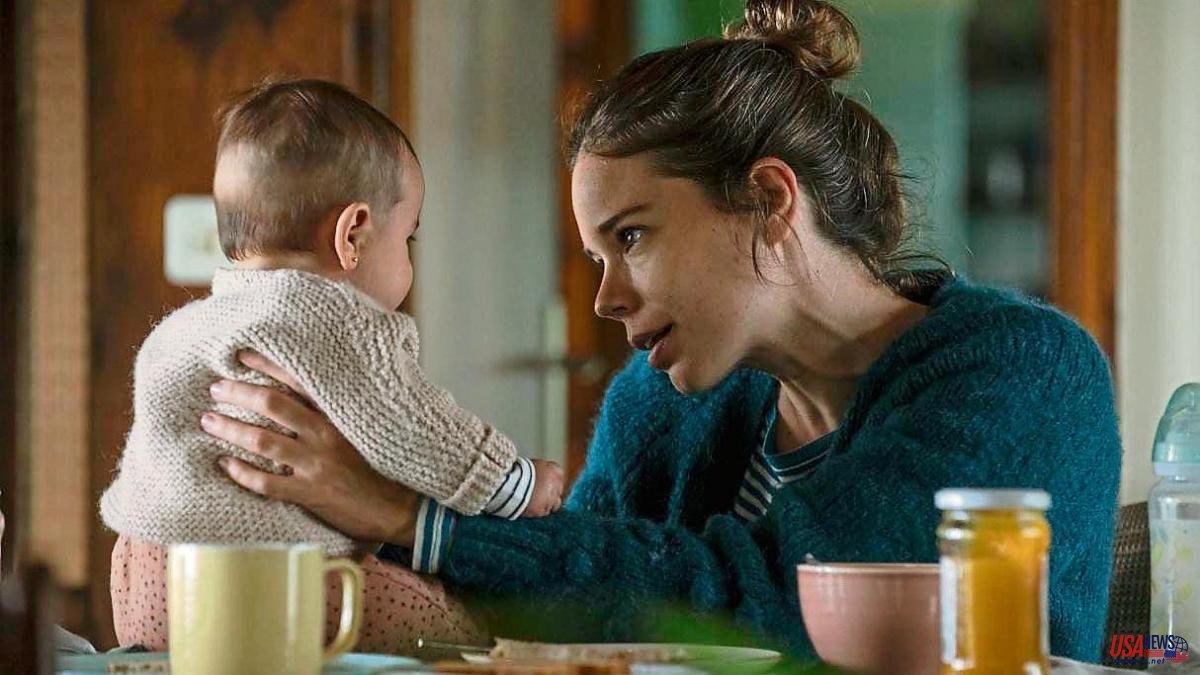 'Alcarràs', the second feature film by Catalan filmmaker Carla Simón, winner of the Berlin Bear at this year's festival; 'Cinco lobitos', Alauda Ruiz de Azúa's first film, and 'As bestas', by Rodrigo Sorogoyen, are the three candidates to present Spain at the 95th Oscars and this Tuesday the chosen film will be revealed.

"Three movies", as defined by the producer of 'As bestas', Eduardo Villanueva, for whom this is "Rodrigo Sorogoyen's most ambitious film", who was already nominated for an Oscar with his short film 'Madre' in 2019, and the The first one that takes place in a village where a French couple tries to change their lifestyle.

The list, chosen by the Spanish academics from among the 42 feature films released between January 1 and November 30, 2022, as the president of the Academy, Fernando Méndez Leite, recalled, was "a difficult choice" given the high number of films that "they could have represented us with dignity", in a year left over in high-quality films, assured Leite last August.

It was the actress María Pedraza who gave voice to the names of a short list that brought "sung" beforehand the presence of Carla Simón, winner of the Golden Bear at the Berlinale with 'Alcarràs', already distributed in theaters in fifty countries with great acceptance by the public and also released on the main platforms.

As explained by the Catalan director - who was connected by zoom with the Academy after knowing the pre-selection of her film - "with the awards you can never take anything for granted". "I was nervous, with everything that has happened with 'Alcarràs', its premiere in so many countries and the prize in Berlin, the illusion is incredible, and it is an honor to be on this short list", where the other two films are, in their opinion, "incredible proposals and with a lot of authorship".

Simón, who just had his first child two months ago, believes, like his producers, María Zamora and Stephan Schmitz, who are present at the Academy, that this second time he is heading for the Oscars (his first film, 'Summer 1993' was selected in 2018, although it did not pass the first cut) will be easier. "I feel that there is a lot of difference from when 'Estiu 1993' came out, this time I feel that we are very supported in this campaign, and this is thanks to 'Movies'", Zamora declared about the platform that has opted for the Spanish film and that will be in charge of its promotion for the premiere in the fall in the US.

For Schmitz, "despite the fact that 'Alcarràs' deals with a local issue with which Europeans connect a lot, due to the issue of agriculture, which is very present here", it remains to be seen how it will reach the Americans. "This is one more step to strengthen Carla's career," said Zamora.

Alauda Ruíz de Azúa celebrated at the Academy, for her part, the "nice gift" that the academics have given her, "it is a very nice brooch for a film that is contextualized in a very local world, and that has also traveled a lot since his first time at the Berlinale".

A film, said the Biscayan, which has connected "very well" with critics and the public: "We all have family contradictions and paradoxes," said the director, "very flattered" to share a shortlist with Simón and Sorogoyen. For her producer, Sara Hermida, 'Cinco lobitos' is a film "made from the heart" that engages the viewer in an "exceptional way. It is impressive how it connects with cultures and languages".

For his part, Villanueva explained that 'As bestas', which will premiere on November 11 after passing through Venice, has been "many years" being a very special film for the Madrilenian. "It's been written for a long time, it was a film that deserved to be made later in his career, (he) felt it was a film to be made later."

"I am very happy, especially because this year Spanish cinema was very powerful (which his film faced in the pre-selection for the Oscars). Being there is a luxury, an honor," the producer of 'As bestas' finished off. , to conclude that the chosen ones are "three movies".