Alcaraz - Nadal: there will be a 'show' in Las Vegas

Rafael Nadal and Carlos Alcaraz are two of the main claims in world tennis today. 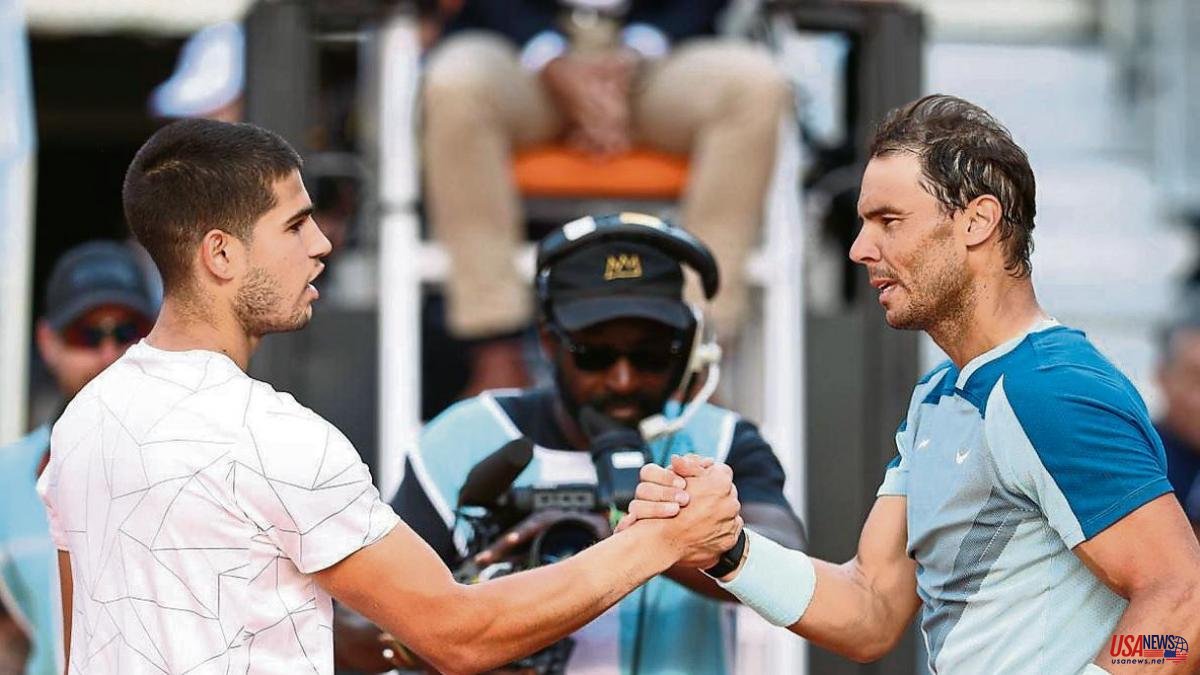 Rafael Nadal and Carlos Alcaraz are two of the main claims in world tennis today. The media interest they arouse is so great that next March they will play an exhibition match in Las Vegas, a place that is synonymous with entertainment. It will serve as preparation for the Indian Wells and Miami Masters 1000.

At the purest combat between boxers, the evening called 'The Slam: Nadal vs. Alcaraz" will take place on March 5th at the MGM Grand Garden Arena, where it is expected to be sold out. ""Hey Las Vegas!!! I am happy to announce that I will be playing with Carlos Alcaraz in THE SLAM, a special match next March 5. See you there?" Nadal wrote on his Twitter account.

Alcaraz and Nadal made history last October when two Spanish tennis players reached the top of the ATP for the first time. There have not been two tennis players from the same country in the privileged places of the ranking since the Americans Pete Sampras and Michael Chang, in 1996.

Both have kept up the pulse to end the year as number one, but the premature elimination of the Majorcan in the Masters Cup allowed the Murcian to remain at the top. He is the youngest tennis player in history capable of achieving it. Nadal is the oldest player to finish second.

Nadal, 36, has 22 Grand Slam titles to his credit. No other male tennis player has achieved more. A very distant goal for Alcaraz, who at the age of 19 won the first major of his career in 2022 when he was proclaimed champion of the US Open last September.

Alcaraz and Nadal have met three times in official tournaments, all at Masters 1000 events. Nadal leads 2-1, with Alcaraz's victory in their most recent meeting, last May on the clay of Madrid. In Indian Wells 2022 and the Madrid tournament, a year earlier, the wins were for the man from Manacor.