The Murcian Carlos Alcaraz made his debut at the ATP 500 in Basel with a victory over the British Jack Draper (3-6, 6-2 and 7-5) to regain the pulse of number one that he achieved in the US Open final against Norwegian Casper Ruud. 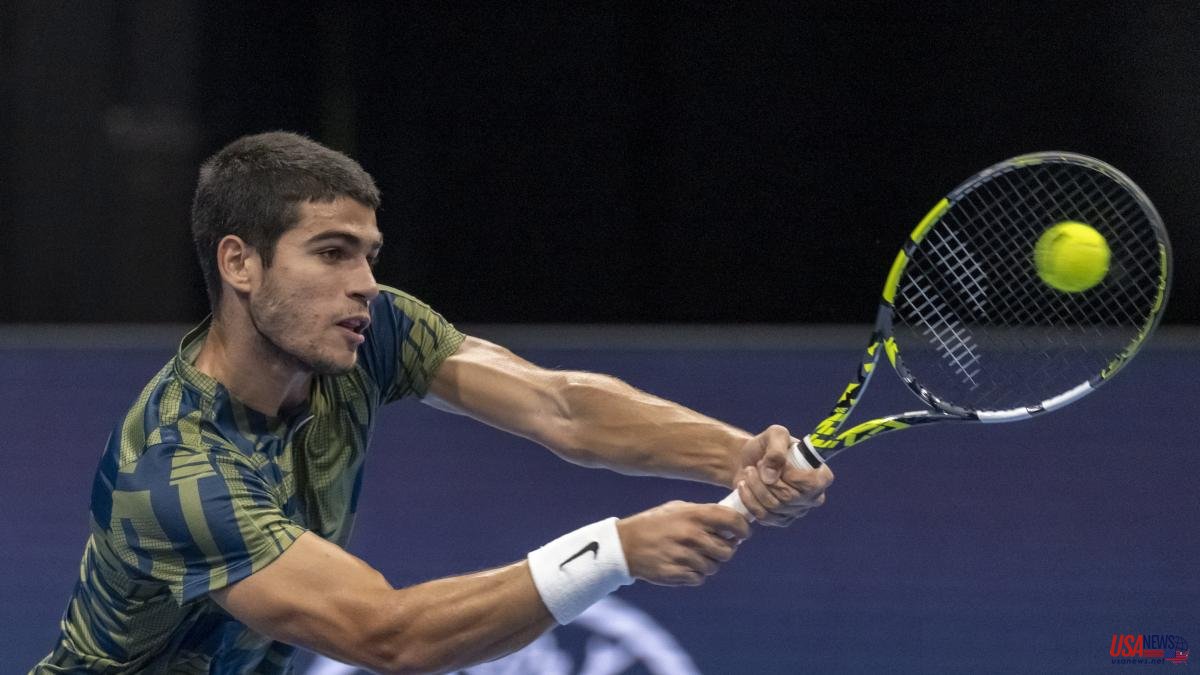 The Murcian Carlos Alcaraz made his debut at the ATP 500 in Basel with a victory over the British Jack Draper (3-6, 6-2 and 7-5) to regain the pulse of number one that he achieved in the US Open final against Norwegian Casper Ruud.

Since that day, Alcaraz has only played three games. The first, in the Davis Cup, where he beat the Korean Kwon Soon-woo; the second, in the first round of Astana: he fell against the Belgian David Goffin; and, the third, this Monday, against Draper, which served to recover the good taste in the mouth that a victory always leaves.

Draper, 45 in the ATP ranking, was an unprecedented rival for Alcaraz. He had never faced the tennis player from Sutton before, who on occasion has recognized that the Spanish is a mirror in which to look at himself. At 19 years old, Alcaraz is already an example for a 20-year-old competitor. It seems that the new generations are gradually making their way and Alcaraz is destined to be one of the flags of those born at the beginning of the century.

The British tennis player was not daunted by playing against one of the players on the circuit that he admires. He jumped on the court very inspired and already in the third game he achieved a first break of service with which he marked territory in the first set. Alcaraz, slipstreaming from very early on, was unable to raise his head and in the end he went down on his knee after suffering another break in the ninth game.

Down 3-6, Alcaraz, wounded in his pride, started the second set strong. For the first time, in the first game, he signed a 'break' which he repeated on his next attempt. And, already with a favorable 3-0, he took the direct one until taking the second set with a comfortable 6-2.

However, Draper's legs did not shake. He opened the decisive set with a love service to which Alcaraz answered quickly. And then he began an exchange of blows that lasted until the tenth game, when, finally, the British tennis player gave up his serve.

Even so, Alcaraz needed three match points to break his rival, who was reluctant to throw in the towel. Finally, after more than two hours of play, the Murcian tennis player overcame the resistance of his rival, was reunited with victory and honored his number one status.