Albiol promises that if he becomes mayor again, he will create an exclusive council against occupations

One of the most sensitive issues in Badalona (Barcelonès Nord) is undoubtedly the high number of illegally occupied homes. 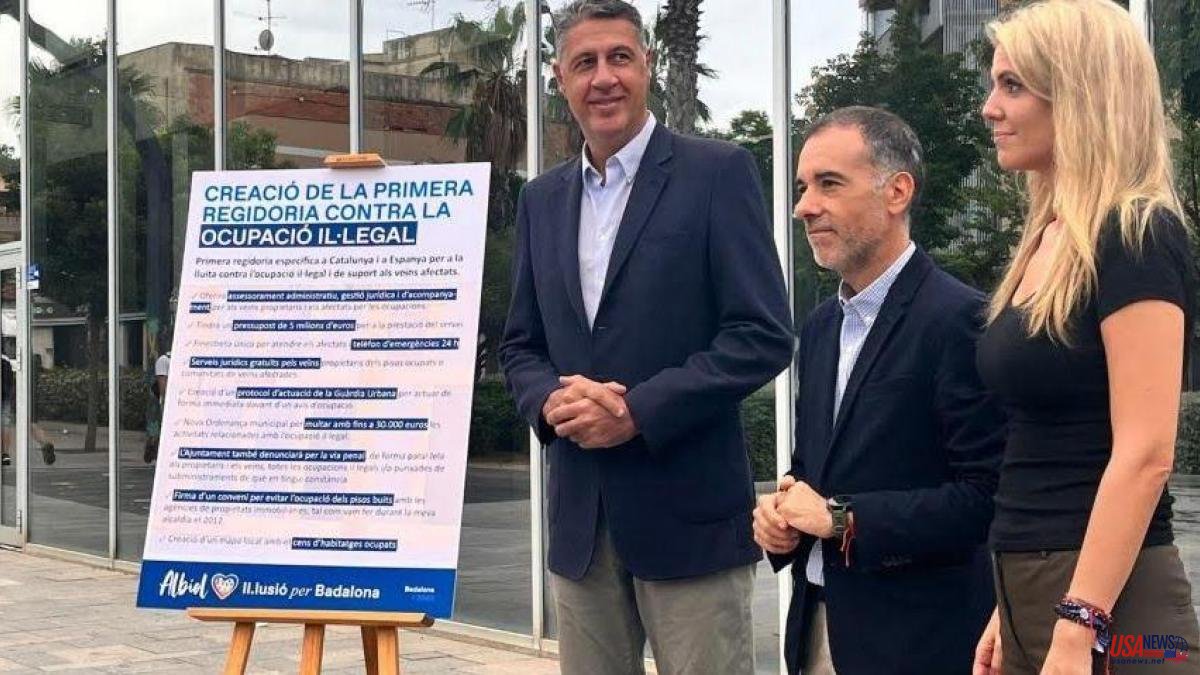 One of the most sensitive issues in Badalona (Barcelonès Nord) is undoubtedly the high number of illegally occupied homes. The phenomenon of the occupation, together with that of insecurity, will be the main battle horse of the parties during the electoral contest. Proof of this is the announcement, almost in parallel, of two initiatives to fight against raids. The mayor announced yesterday the creation of a specific unit of the Urban Guard and today, Xavier García Albiol his proposal to create an exclusive council to eradicate this problem.

The former mayor explained that the council's project against the occupation "has been studied for months by several professionals in the real estate sector" together with the municipal group of the PP. The initiative proposes accompaniment and advice for victims or those affected by occupied homes. The actions will result in "a direct criminal action" and will integrate all municipal areas, such as the Urban Guard, Social Services, the Urban Planning area and even the property managers with whom it is expected to sign an agreement for, among others things avoid occupations of empty floors.

To promote the new municipal area, if he is elected mayor, Albiol assures that he will dedicate a budget of five million euros. With this, the legal service and other derived expenses will be paid, such as the active telephone 24 hours a day. In parallel, a new municipal ordinance would be approved that would tax up to 30,000 euros to those who promote occupations and even to owners who allow them and do not report them.

"We have to break the taboo that the City Council cannot do anything against the occupations. Of course it can!" the former mayor blurted out yesterday "during our mandate we carried out 350 conflictive unemployments." If he repeats as mayor, Albiol assures that the Consistory will denounce attitudes such as fraudulent connections to the electricity supply of which there is evidence.

The new council proposed by the spokesperson for the party with the most votes in Badalona even has a proposal for a defined location, the municipal building in Plaça Pompeu Fabra, because "an office of these characteristics cannot be in a neighbourhood, but must be located in the middle".