Albiach reproaches Aragonès for choosing Junts: "That's how it went" 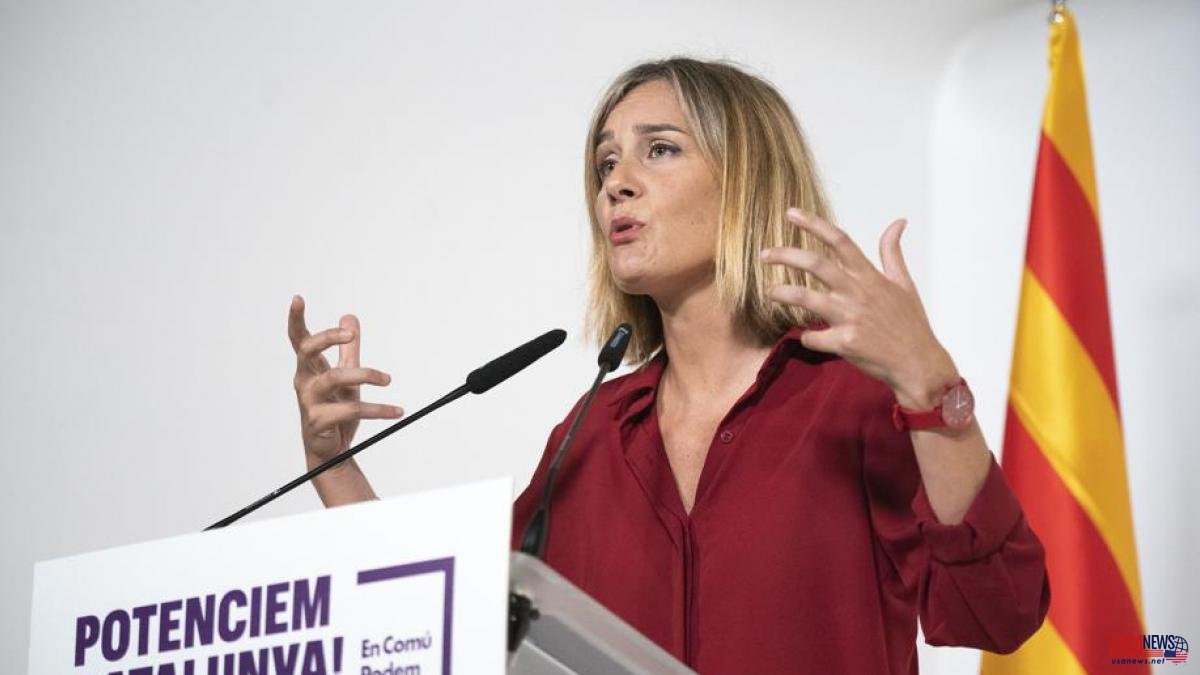 The president of the parliamentary group of En Comú Podem, Jéssica Albiach, has read the primer to the president of the Generalitat, Pere Aragonès, for the constant discussions between her party, ERC, and its JuntsxCat partners in the Government, which, in his judgement, makes the Government "paralyzed by its internal chickens". "That's how it went", answered Albiach in an interview on La 2 after recalling that Aragonès chose to agree with Junts antes que con ellos, a formula he considers "doomed to failure".

"Aragonès wanted everything and was left with nothing," snapped the leader of the commons, for whom the Government "is not working", it hardly does "legislative action or takes measures beyond making a diagnosis". And she has essentially held the president responsible. "The responsibility for the Government to function rests with President Aragonès", whom she has made ugly by the fact that in his conference yesterday at Foros de Vanguardia he denied that there was "a government crisis" and limited it to "a party crisis". "There is an elephant in that room and the president doesn't want to see it and he won't be able to fix it," she warned.

"They have been going through crises successively and repeatedly and this one seems the biggest but it always seems that the last one is the biggest," the ECP leader has ironized, who has not hesitated to ensure that Junts "disavows the president" to the extent that He sets "very clear conditions" and, among them, he has cited the coordination in Madrid, that parties and not only members of the Government or those who want to create a general state can participate in the dialogue table.

Albiach has also been surprised because the Govern takes for granted the support of her training for the budgets of the Generalitat for 2023. "It will have to be seen", warned the deputy who has launched an alert: "If the Govern does not changes his attitude will not be able to count on the support of En Comú Podem".

The head of ranks of the commons has also singularly summoned Esquerra to provide a solution to the presidency of Parliament after the president of Junts refuses to resign after being suspended from her duties by the same Chamber. "Resolve this situation", she has demanded from Esquerra, a formation that she blamed for putting Borràs at the head of the Parlament knowing what could happen. "What is not worth now is washing your hands," insisted Albiach, who has accused Borràs of "entrenching himself in her chair as president." The Government is hanging by a thread and a Parliament in an interim situation", Albiach has summarized the situation that, in his opinion, "the Catalans do not deserve".