Alberto Rodríguez: "What happens inside prisons is a mystery"

Alberto Rodríguez is a regular at the San Sebastián Festival. 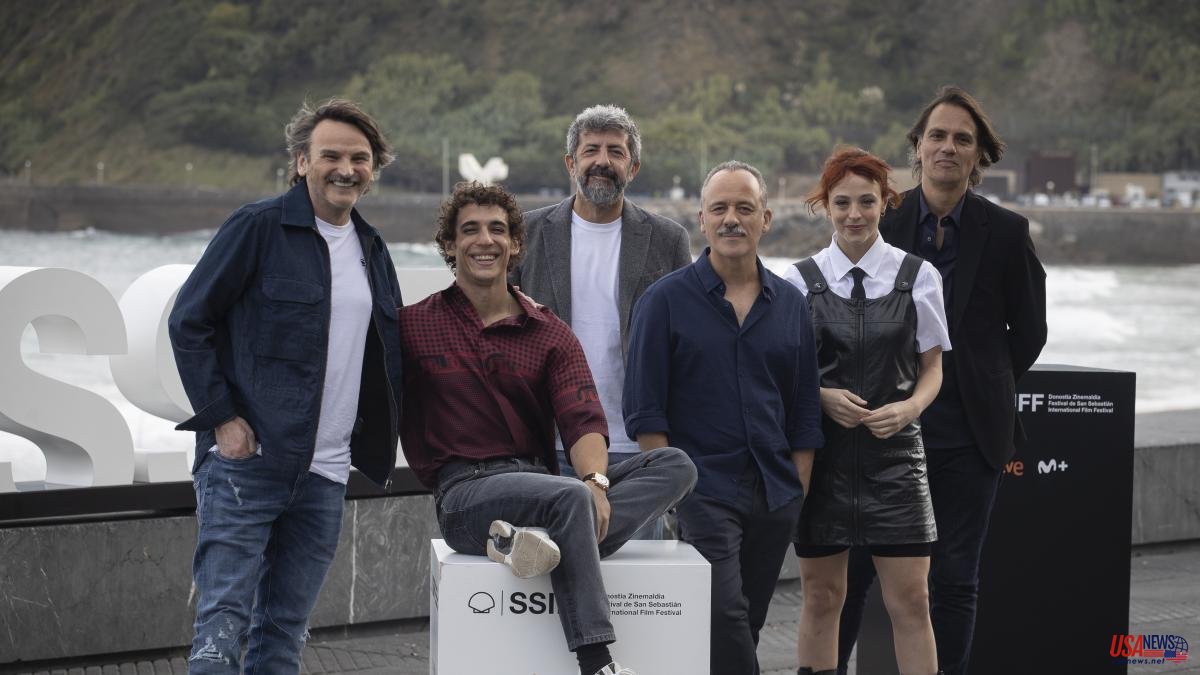 Alberto Rodríguez is a regular at the San Sebastián Festival. There he has presented such acclaimed titles as The Minimum Island or The Man with a Thousand Faces, stories that delve into episodes of the history of Spain with a powerful narration. This year the Sevillian director does it again with Modelo 77 in a script co-written with his inseparable Rafael Cobos to explain a prison drama inspired by real events that begins in February 1976, three months after Franco's death, in prison Barcelona model.

Manuel (Miguel Herrán) ends up in that infernal place, a young accountant who is accused of having embezzled his company and faces a sentence of between 6 and 8 years in prison. He assures that he is innocent and claims his rights, to be able to take a shower and eat something decent. But the prison officials respond to his demands with bedbugs, cold and brutal violence. They do not admit that any inmate thinks he is smarter than them and they make democracy pay dearly. There is nothing free within the walls of the trena.

Despite the injustice of his case and that of many other inmates, such as his cellmate Pino (Javier Gutiérrez), a guy who has been in jail longer than he has been out of jail, Manuel joins COPEL, a group of prisoners who will fight for the rights of common prisoners, after political prisoners were granted amnesty, at the start of a war for freedom that will shake the Spanish prison system.

The standing ovation that Modelo 77 received after its inaugural screening has reduced the "greater burden of responsibility" that Rodríguez felt for opening the Zinemaldia out of competition. The germ of the project began after shooting 7 Vírgenes (2005), when "we learned of the escape of the 45 in 1978 and, from then on, we began to investigate and document ourselves, to contact some lawyers and journalists and it was when we heard about COPEL. It gave us the feeling that behind all that there was a very good story that had to be told," says the filmmaker in conversation with La Vanguardia.

"The first thing that caught Rafael's and my attention is that we had never heard anything about that group and that was the first impulse. That kind of union formed by the prisoners uniting over terrible conditions, fear and everything" . Rodríguez says that in the story that is told about Manuel and Pino "there is a bit of truth and lies." From the interviews with lawyers and journalists, they got in touch with many of the prisoners who had been part of COPEL during the Transition "and all the documentation that we have been accumulating, the reading of books, and the newspaper library has ended up configuring two characters that have something to do with all the people we met.

Two protagonists played by the young Herrán and a veteran Gutiérrez who put soul into the film, distilling emotion at every moment and in which the performances of Jesús Carroza as 'El negro' also stand out, another prisoner who tries to lend a hand to Manuel and who exudes humour, and Fernando Tejero as Marbella, a gypsy patriarch who has his beach bar set up.

Rodríguez insists that they wanted the characters "to be people, not stereotypes" and adds that the last part of the film has more to do with "poetic justice than with history in capital letters, with something that could not be closed in any way , which was a total amnesty for all prisoners". The film shows all of COPEL's legal attempts to improve their situation, but faced with the deception and neglect of some laws that did not come, the prisoners have no choice but to go to extreme situations such as self-harm to attract the attention of the media or mutiny. As Pino says, "the right of every prisoner is to escape" and that is what they end up doing.

"When a Transition is taking place, there are things that go at a different speed and the prison was at another time," says the director. "The Transition was a fix that was considered exemplary because it was the only thing that could be done, but it was very interesting to be able to review it." Regarding the relationship between Pino and Manuel, the filmmaker points out that "there is a lot of contained emotion, of solidarity with the other. If Javier guides Manuel in such a complex world, Manuel guides him in life; he brings him back to life , is reborn because of the energy it gives it," says Rodríguez, who hopes the viewer will enjoy a story "that opens up questions."

Asked about a story so unknown to the general public, he assures that "it usually happens that what happens in prisons does not have much relevance outside. At that specific moment the media paid attention to what happened in prison, but then It was decreasing. And today we practically know nothing about what happens inside the prisons. It's a mystery."

For his part, Javier Gutiérrez considers that "these are not good times with the rise of the right in Europe" and believes that the pandemic "has made us more selfish and more individualistic." For this reason, he sees "even more exciting" what is told in the film. De Pino believes that he is "a guy who has made his universe his own to survive the day-to-day life of prison and that he doesn't think he's going to be able to get out of there."

And Miguel Herrán -a well-known face thanks to his 'Río' from La casa de papel- comments that he has really enjoyed a very physical shoot and highlights that to prepare his role he was able to speak with one of the prisoners who lived through the events. "It was very enriching to speak with him because, despite being almost 80 years old, he maintains a look of years of struggle and desperation and continues to work for the rights of prisoners." The film will hit theaters next Friday, September 23.