Al-Zawahiri, the timid surgeon who became the most wanted terrorist as the ideologue of 9/11

The Egyptian Ayman al-Zawahiri, killed this weekend in a US attack in Afghanistan, was a doctor who was described as timid by his fellow students and who has become one of the most wanted terrorists in the world, the leader of the Al Qaeda network. 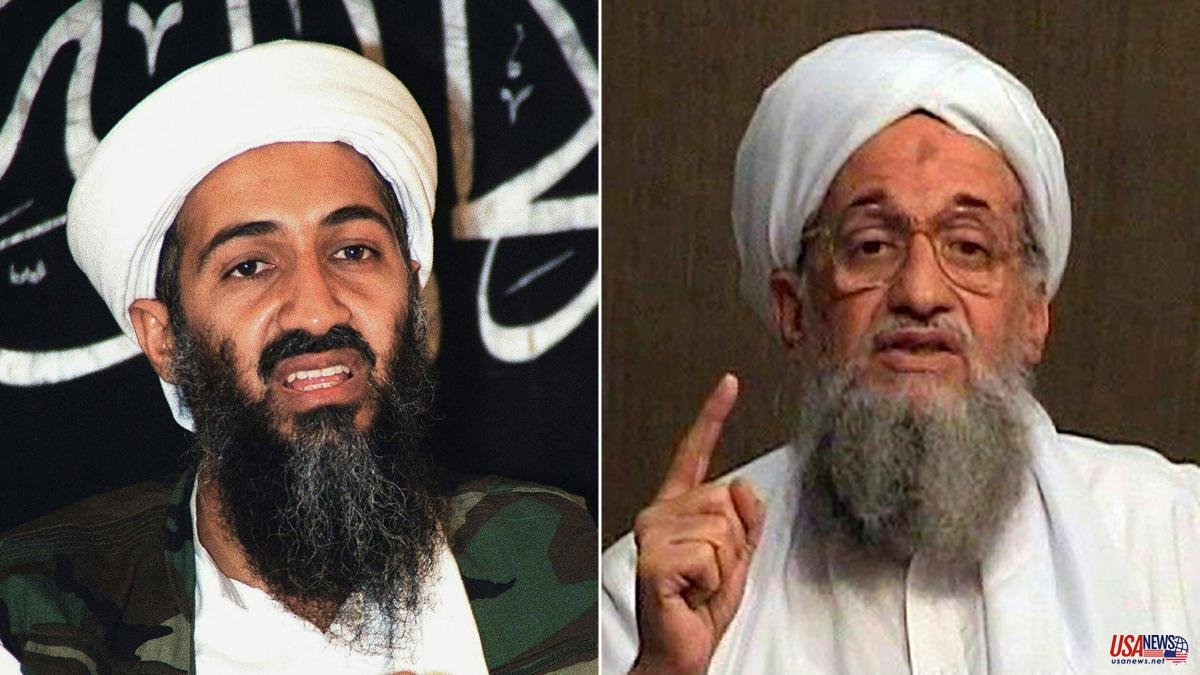 The Egyptian Ayman al-Zawahiri, killed this weekend in a US attack in Afghanistan, was a doctor who was described as timid by his fellow students and who has become one of the most wanted terrorists in the world, the leader of the Al Qaeda network.

The president of the United States, Joe Biden, has announced the death of Al-Zawahiri, 71, more than a decade after he succeeded Osama bin Laden, also assassinated by the US. an anti-terrorist operation in Pakistan in 2011, as the organization's top leader.

One of the last times Al-Zawahiri appeared in a video before his death was in a recording released by Al Qaeda on the occasion of the 20th anniversary of the September 11, 2001 attacks on the US. In that video, titled Jerusalem will never be Judaized, Al Zawahiri dressed in a robe and a long white beard was seen speaking for more than an hour on a wide variety of topics, especially the Palestinian cause.

With this video, the terrorist group quelled rumors about the poor state of health of its leader and even his death.

After the death of the Saudi Bin Laden, founder of Al Qaeda, Al-Zawahiri took command of the organization, which was reduced to a network with many branches but without a central leadership, weakened by the successive losses of its commanders and the alleged poor health of the Egyptian.

Al-Zawahiri was born in 1951 into a middle-class family in the Cairo neighborhood of Giza and, from his adolescence, his name was associated with Islamic militants: at the age of 15 he was arrested accused of belonging to the then outlawed Muslim Brotherhood , and later joined the terrorist group Jihad (Holy War), born in Egypt in the late 1960s.

The first terrorist action he is accused of is having participated in the 1981 assassination of Egyptian President Anwar el Sadat (1970-1981) during a military parade in Cairo, for which he spent three years in prison.

After being released, he began a journey that took him to Saudi Arabia, the center of dissemination of the most rigorous, purist and intransigent Islam, and to Pakistan, where in Peshawar he helped the fighters fighting in Afghanistan and joined the founder of Al Qaeda.

His first meeting with Bin Laden, who for years was his closest collaborator, was in 1985 in Peshawar, where they agreed to organize the transfer of 20,000 Arab volunteer fighters against the Soviet occupation of Afghanistan.

From that time dates the foundation of Al Qaeda, created to combat the pro-Soviet regime in Kabul, and the origin of the World Islamic Front to combat the "Crusaders" and the "Jews", whose founding letter was signed in 1998 jointly by Bin Laden and Al-Zawahiri

In the early 1990s, he followed bin Laden to Sudan when he settled in Khartoum after being expelled from Saudi Arabia. In the middle of that decade, Al-Zawahiri traveled, quite possibly, to the United States and the United Kingdom, always using false passports and in search of donations for his group.

In 1995, he reappeared alongside Bin Laden in a video, in which both threatened retaliation against the United States for the arrest of Egyptian Sheikh Omar Abdel Rahman in connection with the 1993 attack on the World Trade Center in New York.

Two years later, the State Department awarded him leadership of the Conquest Vanguards, a jihad splinter group originally linked to the 1997 murder of 59 tourists in Luxor, Egypt.

After the death that same year in an attack of Abdullah Azzam, Bin Laden's religious mentor, Al-Zawahiri became the group's ideologue and moved to Al Qaeda training camps in Afghanistan.

A year later, he was one of the signatories of bin Laden's fatwa – religious edict – which ordered attacks on US interests around the world.

In 1999 he was indicted by the US, along with Bin Laden and 14 alleged members of his network, for the 1998 attacks on US embassies in Tanzania and Kenya, which caused some 240 deaths.

That same year Al-Zawahiri and his brother Mohamed were sentenced to death in absentia in Egypt in a macro-trial against jihadists called the case of "those from (returned) from Albania", since several accused of planning attacks in Egypt were handed over by that country . One defendant stated that the group received instructions from Emir Al-Zawahiri, who was in Afghanistan with bin Laden.

After the 9/11 attacks, of which Al-Zawahiri is considered its main ideologue, Interpol ordered his search and capture, under the accusation of terrorist acts in Egypt and of being "one of the heads of Al Qaeda", and the The FBI put him on its most wanted list with a $25 million reward for information leading to his arrest.

Since then, he has lived in hiding presumably somewhere between Afghanistan and Pakistan and has appeared in videos and recordings broadcast by Islamist pages commenting on current events and recalling his permanent commitment to the fight against those they consider enemies of Islam.

During his years of leadership, Al-Zawahiri, who, according to US intelligence, lacked the charisma of his predecessor Osama bin Laden, has seen how Al Qaeda has drifted further and further away from its objectives and a great rival has emerged, the group Islamic State (EI), born from a split of its organization.