Al Shabab takes its jihad from Somalia to Ethiopia

The jihadist group Al Shabab has taken advantage of the instability in Ethiopia, immersed in several conflicts in the north and south of the country, to cross the border from neighboring Somalia and carry out unprecedented attacks in recent weeks. 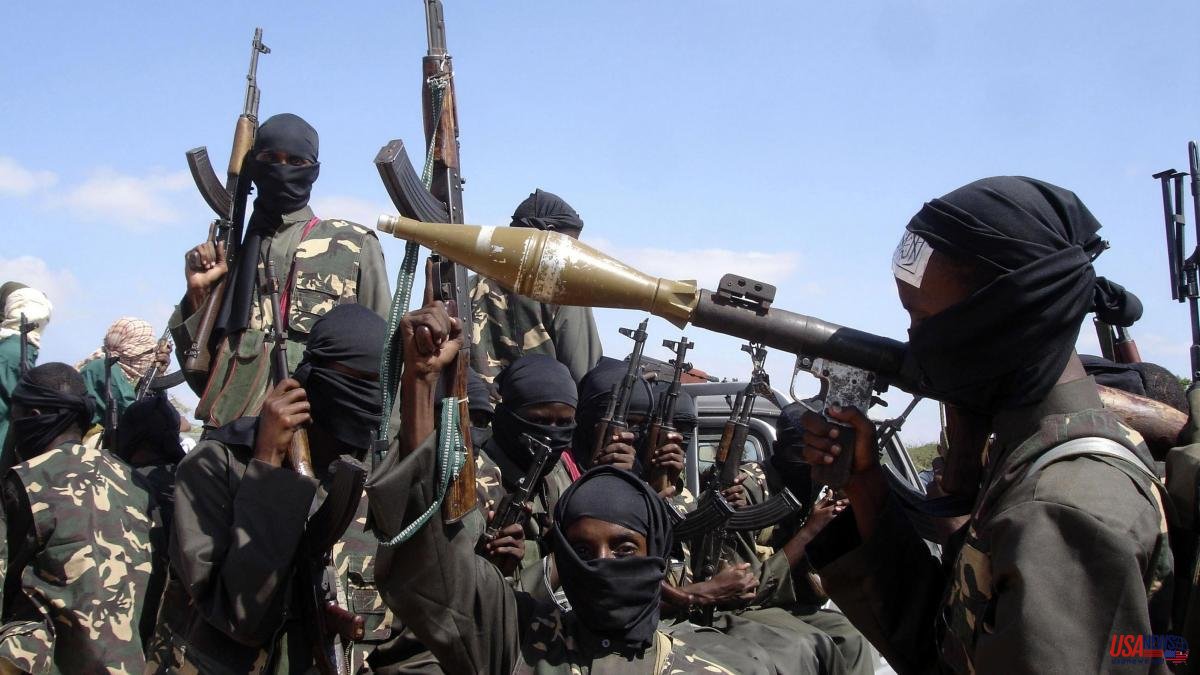 The jihadist group Al Shabab has taken advantage of the instability in Ethiopia, immersed in several conflicts in the north and south of the country, to cross the border from neighboring Somalia and carry out unprecedented attacks in recent weeks. The incursions of the boys (the group's name in Arabic) pose a significant danger to the security of the region because it would extend their dominance in a nation already heavily ravaged by violence, and to other countries such as Kenya and even Uganda to the West.

Al Shabab's presence in Ethiopia, the most populous country and once seen as a security anchor in the Horn of Africa, is the latest indication of how deeply the recent war in the northern Tigray region and other ethnic strife have made the country much more vulnerable. Ethiopia has long resisted cross-border attacks by al-Qaeda-linked al-Shabab, in part by deploying troops inside Somalia, where the extremist group controls large rural areas of the country's southern and central regions. But the security forces of Prime Minister Ahmed Abiy's government are focused on quelling internal unrest, especially since the Tigray conflict began in late 2020.

Experts say al-Shabab, also emboldened by instability under Somalia's previous administration, is seizing the opportunity to expand its dominance and kill dozens of Ethiopian security forces, the extremists claim. But the group is also feeling pressure from a renewed push by Somalia's new government and the return of US forces to the country after their withdrawal by former President Donald Trump.

The turn to Ethiopia is a significant strategic change on the part of Al Shabab, according to the security analyst of the group of experts from the Sahanel Foundation, Matt Bryden, to the Ap agency. Until now, the extremist group had never been able to carry out important operations within Ethiopia. "Reports of clashes along the Ethiopia-Somalia border are only a fraction of the bigger picture," says Bryden. "The planning for this offensive began more than a year ago, when the Ethiopian government seemed to be on the brink of collapse" as rival Tigraean forces advanced on the capital Addis Ababa. Those forces later withdrew, and both sides are moving closer to peace talks.

Al Shabab has trained several thousand fighters for its Ethiopian "command," mainly ethnic Somalis and Oromos inside Ethiopia, Bryden explains. Ethiopia's federal government has said it fears al-Shabab ties to the Oromo Liberation Army, which it has designated as a terrorist organization, though other security experts have called that unlikely.

Since the end of July, hundreds of Al Shabab fighters have sneaked into Ethiopia in the past week alone and their presence has been detected near multiple communities such as El Kari, Jaraati and Imey, Bryden said. "There are also credible reports of Al Shabab units deployed in the direction of Moyale," the main border post between Ethiopia and Kenya, he added.

Somalia's former president, Mohamed Abdullahi Mohamed, avoided any major confrontation with the jihadist group. But the new president, Hassan Sheikh Mohamud, has assured that his government will carry out an offensive against his thousands of fighters, with the support of US forces, who return to the country. Now "Al Shabab faces a much greater military challenge in Somalia than before and therefore has embarked on this Ethiopian campaign to preserve some of his forces and establish strategic depth," Bryden continues.

If the group finally manages to establish a stronghold in southeastern Ethiopia, "the consequences for peace and security in the region could be very serious," warns the Canadian expert. The fighters would be well positioned to attack deeper into Ethiopia, Kenya and Uganda. Al Shabab has carried out several high-profile deadly attacks inside Kenya over the years. The outgoing head of the US Africa Command, General Stephen Townsend, warned last month that the group's activities inside Ethiopia were not "unique" and said the fighters managed to penetrate up to 150 kilometers into the country.

Al Shabab has long viewed Ethiopia as an enemy for its long military presence inside Somalia in order to combat extremists. Through its media arm Radio Andalus, the extremist group has claimed to have killed at least 187 Ethiopian regional forces and seized military equipment in its attacks.

The Somali and Ethiopian authorities will collaborate to prevent Al Sabab from extending its tentacles. The country's Somali regional president, Mustefa Omer, told a regional assembly that more than 600 fighters have been killed and said the Ethiopian federal army is currently involved in the fight against terrorists. The goal, he claimed, is to create a security buffer inside Somalia to guard against further incursions. "We must not wait for the enemy to invade," he said.