When Spain learned of Alexia Putellas's serious injury, all eyes fell on Aitana Bonmatí, called to be the new leader of the Spanish team. 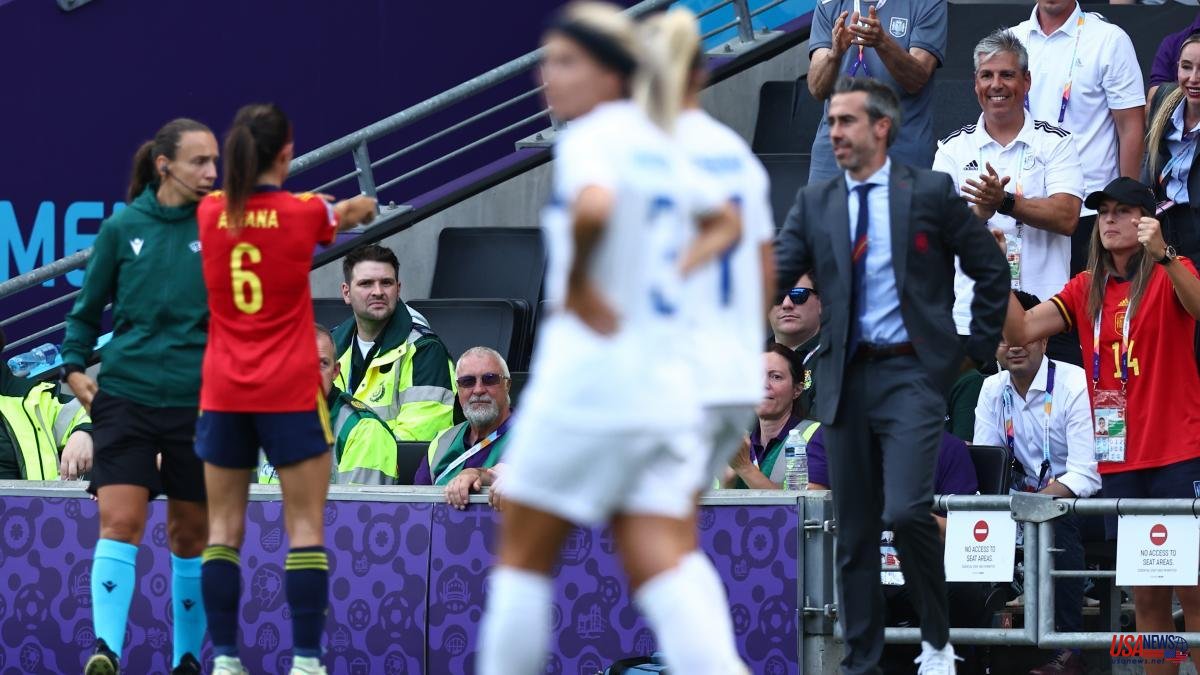 When Spain learned of Alexia Putellas's serious injury, all eyes fell on Aitana Bonmatí, called to be the new leader of the Spanish team. And the azulgrana has not disappointed. Against Finland, in Spain's debut in the European Championship, the team was thrown behind them when they conceded that early goal 50 seconds into the game. She encouraged her teammates, organized the team's game and put the finishing touch to her performance with a great header that put Spain ahead on the scoreboard. A goal that she celebrated looking for Alexia in the stands, who today flew back to Barcelona to undergo surgery and begin her long recovery.

Aitana's brilliant performance in Milton Keynes earned her the UEFA MVP of the Match trophy, the second for a Barcelona player after Caroline Graham Hansen took it at the Norwegian premiere. “Aitana Bonmatí dictated possession with her mastery of time, along with her technical ability. Her reward was the second goal, ”the UEFA Technical Observers committee described.

Despite not wearing the bracelet neither with Spain nor with Barcelona, ​​at 24 years old, the midfielder from Sant Pere de Ribes has plenty of character to take the lead. A role in which she feels comfortable, as she herself recognized after the game: “When I play I feel like a leader on the pitch, I always try. I like to give orders, in a positive way, to help my teammates”.

And it is that the azulgrana not only showed off her boards on the green being the compass of Spain when she was lost and her brain when she needed to build. He also demonstrated his hierarchy in gestures such as dedicating his goal to Alexia, half frustrated by the fourth referee's warning not to leave the field of play, and in front of the microphones, where he did not hide when taking command of this team, aware that this could be the European Championship that puts it on the world stage and brings it closer to that Ballon d'Or that many predict will end up lifting the azulgrana sooner rather than later.

Replacing Alexia is not easy, but Aitana seems to have accepted this new responsibility with both security and humility: “My legs don't shake. They have been very hard days and we all had to take a step forward, not just me”, he warned before remembering not only Mollet, but also the other injured team members, Jenni Hermoso and Salma Paralluelo: “All the good whatever happens will be for those who stayed behind.”