Airlines cancel hundreds of flights due to strike in France

Air transport in Europe today faces a new day of vertigo just as it begins to recover from the chaos of the summer. 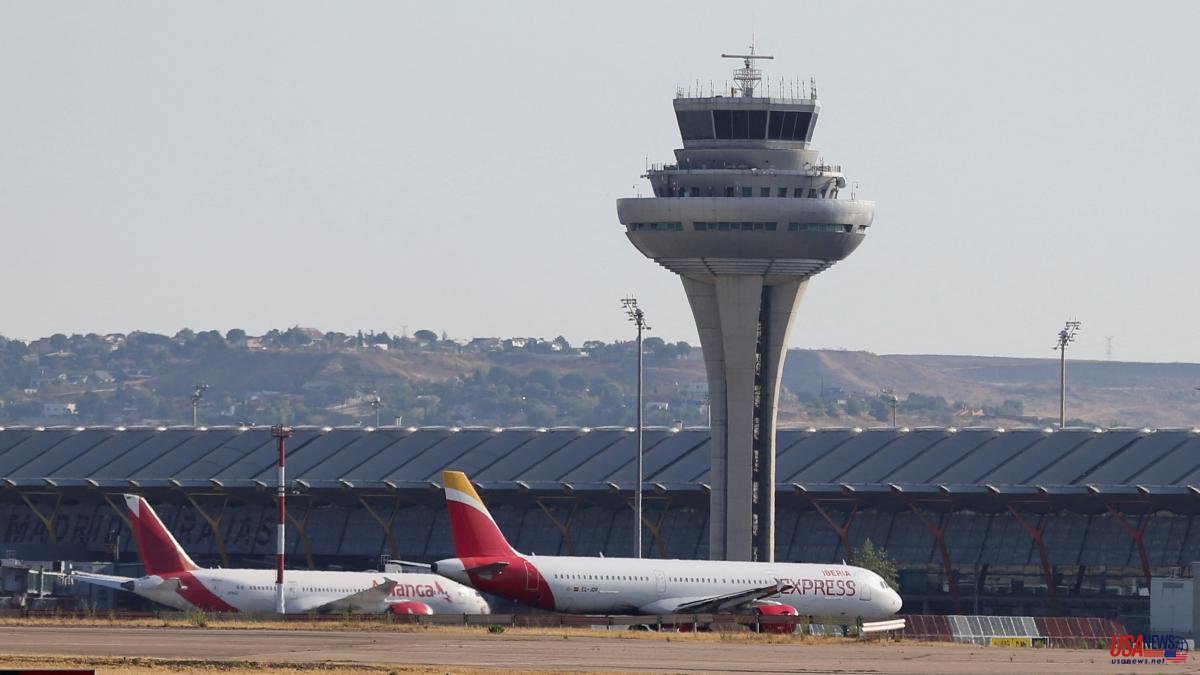 Air transport in Europe today faces a new day of vertigo just as it begins to recover from the chaos of the summer. This time the reason is not a shortage of staff at major airports, such as Amsterdam or Frankfurt, but a strike by air traffic controllers in France that threatens to affect thousands of passengers across the continent, including in Spain.

The strike began at 6 am this Friday and will end at the same time tomorrow, Saturday. The internal flights of France or those that have as their origin or destination the Gallic country will not be the only ones that may suffer alterations. Due to its position, French airspace is one of the busiest for flights between southern and northern Europe. For example, almost all flights leaving El Prat for Europe pass through France. So any aircraft crossing the country is likely to be affected. As a preventive measure, the airlines have already canceled hundreds of flights, they have notified the clients and they have relocated as many as possible, they confirmed yesterday from the airlines.

However, what companies are really worried about are the delays that they estimate will occur throughout today. These cannot be proactively controlled and often cause significant disruption to the entire schedule. Pending what happens with possible delays, Ryanair has so far canceled 420 flights scheduled for today that were to fly over French airspace, which represents around 14% of its operations and 80,000 passengers. Part of these have Spain as their origin or destination, although the company did not specify how many. Ryanair asked the EU yesterday to protect overflights over France to try to avoid further cancellations and delays. Air France has also been forced to cancel 400 flights today -24 in Spain-, half of its operations, while Vueling has deprogrammed 62 flights counting all its markets.

In the specific case of Spain, Aena reported that of the 6,000 flights planned in its network for this Friday, 280 have origin or destination France and of these 65 have been canceled. The most affected companies are Vueling, Volotea, easyJet and Ryanair, although Iberia and Air Europa, which operated 24 of the suppressed trips between Spain and France, have also been affected and have offered passengers the option of flying on another flight on Friday, Saturday or Sunday. They also have the possibility of changing the trip until September 26 or reimbursement with a voucher. While the most affected airports are Barcelona El Prat and Palma de Mallorca.

For its part, Enaire – the manager of air navigation in Spain – has activated a special plan to try to minimize the impact of the controllers' strike, with alternative routes for planes and thus circumvent France's airspace. Flights from Barcelona or Palma, for example, may choose to fly over Algiers airspace. Despite all measures, the French General Directorate of Civil Aviation has recommended passengers to avoid flying today as much as possible.