The labor crisis that the airline sector is experiencing is putting the holiday season to the test, which starts today with the Sant Joan bridge and with maximum demand. 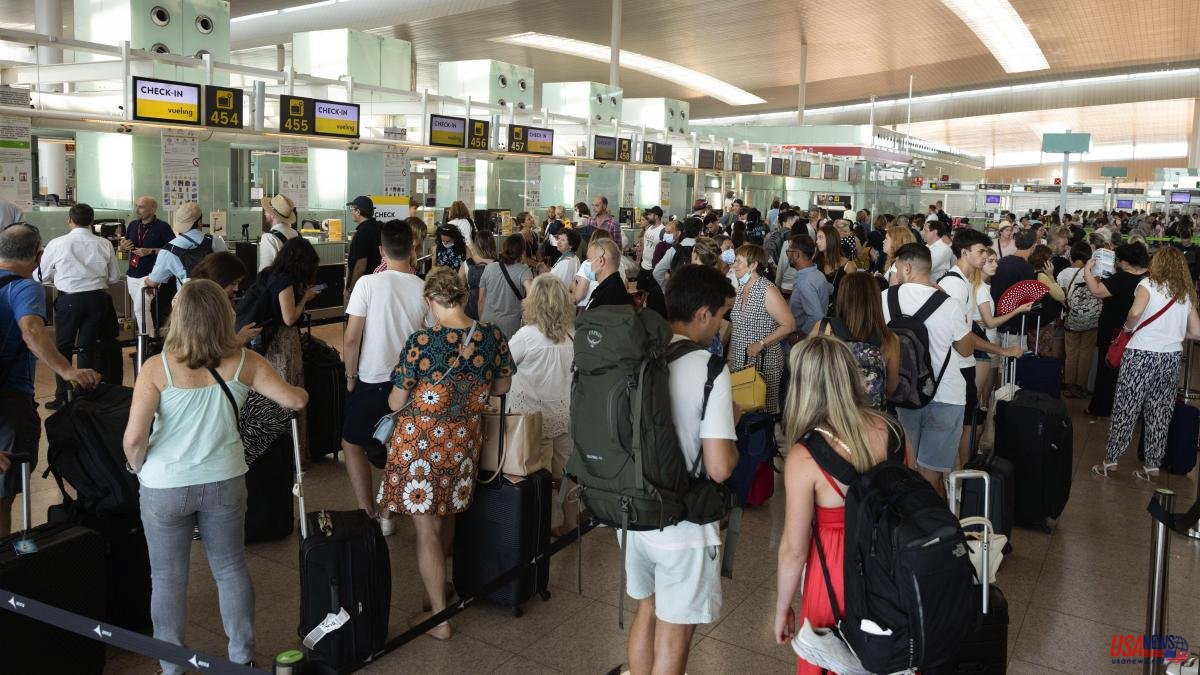 The labor crisis that the airline sector is experiencing is putting the holiday season to the test, which starts today with the Sant Joan bridge and with maximum demand. The first operation out of the summer coincides with the calls for strikes by Ryanair cabin crew (TCP) in Spain and four other European countries -Belgium, Portugal, France and Italy- between this Friday and Sunday and by Air France for tomorrow. In both cases they demand improvements in wages and working conditions, which the companies consider "unaffordable."

The conflict spreads like an oil stain between some of the main airlines. The EasyJet TCPs in Spain have also prepared strikes for the next July 1, 2, 3, 15, 16, 17, 29, 30 and 31, while British Airways (IAG) workers at Heathrow airport yesterday voted to go to strike by the end of July. There is more: the pilots of SAS and Brussels Airlines are also preparing to stop the planes from next week. The objective: to put pressure on the management of the companies and achieve salary increases.

The follow-up of these stoppages is, in any case, to be seen. This weekend will be crucial to gauge union strength and the degree of discontent among the workforce. But, be that as it may, it adds pressure to a sector that faces the season with a high level of stress. Lack of personnel, complications due to Brexit, long queues at airports and limitation of flights in some of the main hubs – Gatwick and Amsterdam – now add strikes throughout Europe. And no matter how small the support for the protests, it will be one more disruption in a summer on the edge.

Faced with this situation, which has already left behind chaotic days at some airports, the CEO of Air France-KLM, Ben Smith, even recommended yesterday that passengers go to the airport earlier if possible. “Take extra time to get in and out of airports; and book in advance, since the flights are filling up, ”he warned at a press conference in Paris, collects AP. The director played down the importance of the strike call scheduled by his pilots for tomorrow, and hoped that it would not alter the flight schedule.

At Ryanair, the airline's CEO, Eddie Wilson, assured that "the majority" of the 1,900 workers called to strike today by USO and Scitcpla in their ten bases in Spain will go to work.

Currently the negotiations between these two unions and Ryanair are broken. The Irish low cost has reached an agreement with CC.OO., with little representation in the company but with a large number of affiliates in the air sector, for which they are working on a collective agreement to apply from 2023 and at that USO and Scitcpla subtract legitimacy.

The organizers of the strike at Ryanair have lamented that the minimum services dictated by the Ministry of Transport play in favor of the airline. “They are abusive”, they underline from USO.

According to the Ministry, domestic flights to or from the Balearic and Canary Islands will have between 76% and 82% protection. Routes in Spain and abroad will have a coverage of between 53% and 58% depending on the airport, provided that the same journey in another type of public transport exceeds five hours of travel. For domestic routes on the peninsula with a travel time of less than five hours in another means of transport – only Barcelona airport offers this type of flight – the minimum services will be 36%. In USO they have denounced that Ryanair considers "100% of the flights minimum services" and thus has programmed its activity these days.

The days of protests come at a time of great influx in Spanish airports. Yesterday long queues could be seen in Barajas, El Prat or Mallorca, the most exposed to the strike as they concentrate the majority of the low cost offer. And it is that the flights are already close to the levels prior to the pandemic, in 2019, when the country experienced a tourist record. Between this Friday and Sunday there are 17,876 operations -departures and arrivals- scheduled at the airports in the Aena network, compared to 19,885 for the same weekend three years ago. In these three days, the airline Ryanair has planned some 1,320 operations in Spain to transport around 219,000 passengers, according to the data referred to by the Ministry of Transport in its resolution of minimum services.

How many of these flights will have to be canceled due to the strike? This Friday's session will clear up some unknowns. At the moment, USO assures that the company has canceled flights from Belgium due to the strike for June 24 and 25, 18 of which to Spain. This newspaper has tried to get a comment from Ryanair about it, without success.