Air Europa looks ready to "play the game alone", without IAG, after returning to profit

Air Europa sees itself as having muscle to continue being a company with its own route. 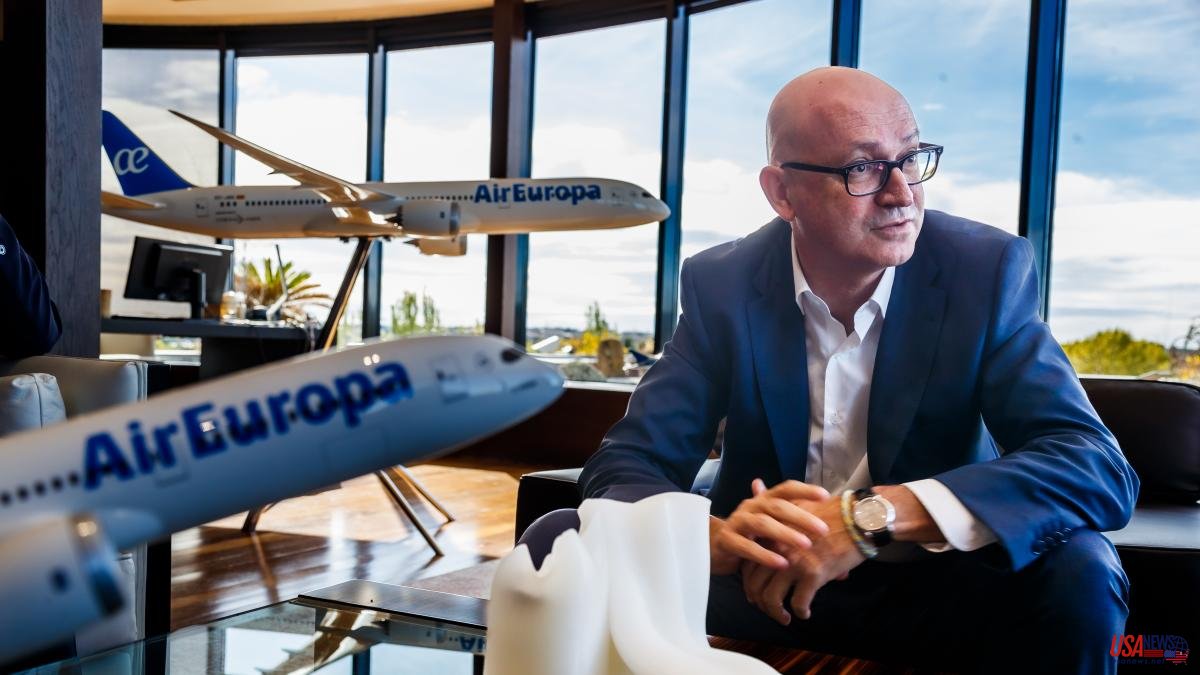 Air Europa sees itself as having muscle to continue being a company with its own route. After revealing the earnings forecast for the second half of the year, the company cools the purchase by IAG and now defines itself as an "independent" company. “We are going to play the game and we are going to win it”, indicates the CEO of the airline, Jesús Nuño de la Rosa, in statements to La Vanguardia. “We intend to be a Spanish airline of reference and we want to be the leaders”, adds the main executive. “And with these results we are going to achieve it.”

According to Nuño de la Rosa, the position of Air Europa in the negotiations with IAG changes "to very good" for the signing of Globalia "because the company is much better off". At this time, Iberia's parent company has exclusivity to negotiate the purchase of Air Europa until March 2023. If there is no agreement at that time, other interested parties may enter, something that the CEO who has received this newspaper does not rule out: "A As of April 23, I don't know what will happen; We are going to wait, maybe it will be resolved sooner.”

The price of the operation was lowered from 1,000 to 500 million, a figure with which the founder of Globalia, Juan José Hidalgo, was never satisfied. Now, Nuño de la Rosa proclaims that "we are in a position for Air Europa to compete alone".

The company establishes this confidence thanks to the boost it has been able to give to financial results. According to the information provided this Thursday, Air Europa has closed the third quarter of 2022, surpassing data from 2019, the best year for Spanish tourism.

Specifically, operating profit reached 87 million euros, which represents an increase of 237% compared to the same period of the previous year and 27% more than in 2019. The outlook for the fourth quarter is equally positive, with a ebitda four times higher than in 2021.

In total, the company hopes to close the second half of 2022 with a turnover of 1,200 million euros and a profit of 160 million euros. The accumulated debt reaches 900 million. The Sepi entered 475 million in the company, the largest rescue during the crisis, an aid that will have to be returned in 2026. At the moment the airline is paying the interest. In addition, the airline received an ICO credit of 140 million in 2020.

The good behavior of demand and the success of the commercial strategy have led to occupancy standing at an average of 85% since July, 11 percentage points above the second half of 2021 and one point better than three years ago. Despite making 6% fewer flights from the hub, the number of passengers between July and December will rise beyond 5 million, exceeding the 2.8 million in 2021 and the 4.8 million in 2019.

"All markets have recorded sustained growth in demand." Long-haul routes are operating at 91% capacity with almost double the number of passengers transported in the same period of the previous year. This confirms the key role of Air Europa in connectivity with America and the recovery and good performance of this market, as well as the important position of the airline in this region.

This has been possible thanks to the company's commitment to efficiency. As explained by Richard Clark, the general director of Air Europa, to La Vanguardia. "The company is betting on unifying the fleet with larger and less polluting aircraft."

Specifically, it will complete its fleet unification plan next year thanks to the strategic agreement recently reached with Boeing, which will mean the exclusive use of models from this manufacturer. In turn, the agreements with two of the most important companies in the aircraft rental market, AerCap and Avolon, will allow the incorporation of new Boeing 787 Dreamliner and 737 MAX. With regard to this latest model, which will start flying from 2024, it will make Air Europa the first Spanish company to operate this aircraft, the most advanced in its category for short and medium-haul flights.