Agatha Christie and Berlanga in the hotel of entanglements

Martín Cuervo premiered last year at the Malaga festival With whom you travel, his first foray into feature films, and to say goodbye to 2022 he brings us a new story. 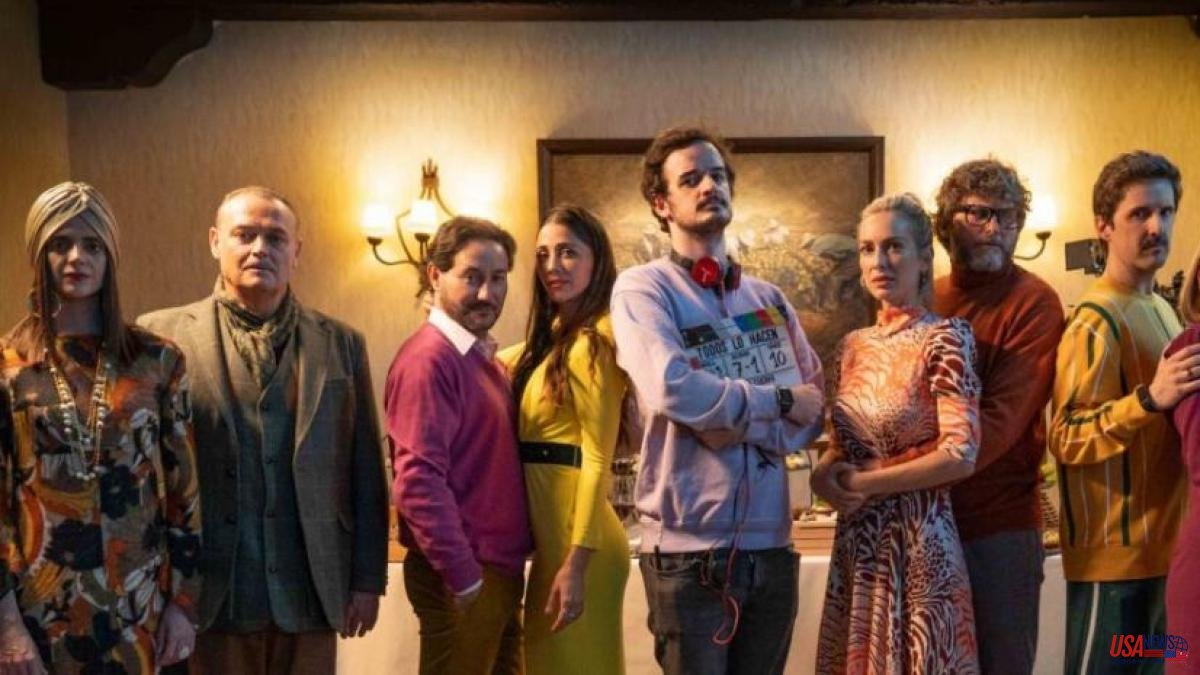 Martín Cuervo premiered last year at the Malaga festival With whom you travel, his first foray into feature films, and to say goodbye to 2022 he brings us a new story. In Todos lo hacen, four couples gather for a weekend at the hotel where they got married, invited by a peculiar manager played by Pablo Carbonell. Among the guests, Mariví (Andrea Duro), who is pregnant, and Juan Carlos (Julián López); Sergio (Salva Reina) and Laura (Kira Miró), who have been married for four years and have twins or the ex-couple who make up the characters of Mariam Hernández and Carlos Santos, he aspiring politician.

The invitation is free, but once they are together, the reason is none other than to get a juicy amount of money from them for having paid for the invitation in black at the time. Carbonell's character has an account book in B and the Treasury forces him to pay the amount of the fine. As is clear, no one is going to do well with blackmail. What they do not expect is that the next day a corpse will appear in the establishment and that a snow storm and some forest rangers will detain them until the judicial police make an appearance.

The story plays with elements of Agatha Christie's suspense and mixes them with that Berlanguian Spanish costumbrismo with the theme of black money. Filming took place in Tenerife at the Villalba hotel, at an altitude of 1,600 metres. "Shooting there was wonderful because we opened the door and we were literally on the set," Martín Cuervo, who once again unites thriller and comedy in his new work, comments to La Vanguardia: "I think it's fun to attack comedy in strange places. Not going to the linear comedy that you see coming but the mixture of genres walks through the film. Wanting to know who was to blame or what is going to happen drives you forward while you laugh and I like that a lot".

In the script, written by Irene Niubó (Mothers, Treufoc) and Marta Sánchez (Until the wedding do us part), the Madrid director wrote the dream actors for the cast and they are the ones who appear in the film. "They are all very good and magnificent, we have had a great time, which was the most important thing." And he has even reserved the role of coroner, in which he shows off his comical vis, "he had a plug", he laughs.

Miró and Reina "form a couple who have spent their whole lives together and are prisoners of routine. They no longer have that intimacy they had before and the weekend is an excuse to recover it and everything is truncated. What I think is beautiful about the couple is that, even if they don't trust each other, they want to save each other", affirms the actress, who defines Laura as a "pragmatic businesswoman". And Reina adds that "in the end they find the spark even through a crime." The actor maintains that "the couple is a bit the most normal, those who see everything that is happening and with whom the public can feel more identified. Sergio is behind the character of Kira, he is henpecked, apprehensive" .

And Macarena Gómez has the strange role, that of a rich widowed heiress whose husband died in an accident under strange circumstances. She appears when you least expect her, she is extremely pale and looks like a ghost from past weddings. "I have a tendency to make these types of characters and I think that it always happens to me, but the director is there to tell me to stop. I think he is the least naturalistic of all, but reality is stranger than fiction and people like that exist," he says. Cuervo agrees: "I've met people like that. In fact, we actually cut ourselves off because there are things that happen to you in real life and if you put it in a movie they tell you 'come on now', but there are weirder characters in reality than in the movies.