Members of the Coeur d'Alene Police Department have been threatened with death after the arrest of white nationalist members of the Patriot Front. 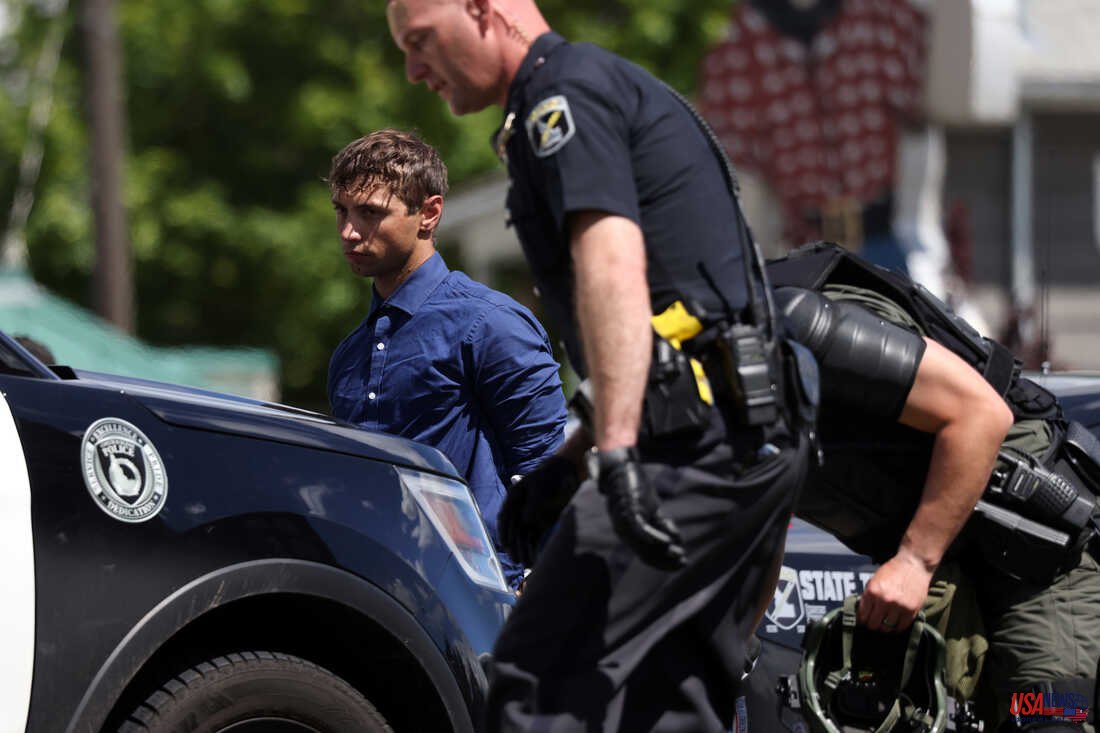 Members of the Coeur d'Alene Police Department have been threatened with death after the arrest of white nationalist members of the Patriot Front.

This is according to Lee White, chief of police, who spoke to the media at a Monday press conference.

White stated that the department received over 100 calls. Half of them were applauding officers and half were calling to complain about police arresting Patriot Front members. One call was from Norway.

The 31 members of the group were arrested Saturday near a Pride celebration in the city. They were from at least 10 states and were packed into a UHaul.

White stated that the U-Haul information and the gear collected indicated that these men were preparing for riots downtown. Monday, White stated that there was an evident level of preparation that you don't see every day. He said that officers were able immediately to see that the group had "ill intention" and could be understood by them.

White praised the concern citizen who called police when they saw these men enter the U-Haul truck on Saturday. He said that this person prevented a riot from ever happening.

White stated that new details are still in flux as police continue to investigate the case. White stated that body-worn camera footage and other details from police will be released at an later date.

Hammond stated, "We are the exact same city as last week." "We're not going back to the Aryan Nations days."

This refers to the fact that white supremacist hate groups had their headquarters in Idaho from at least 2001. In some areas of the state, other extremist groups are also well-known.

Other groups protested the Pride event on Saturday. A group of anti-LGBTQ people gathered together that day to pray. They were accompanied by members of the white nationalist America First movement.