Police in Idaho claim they have received death threats after arresting 31 people associated with the white nationalist group Patriot Front, near an annual LGBTQ+ event. 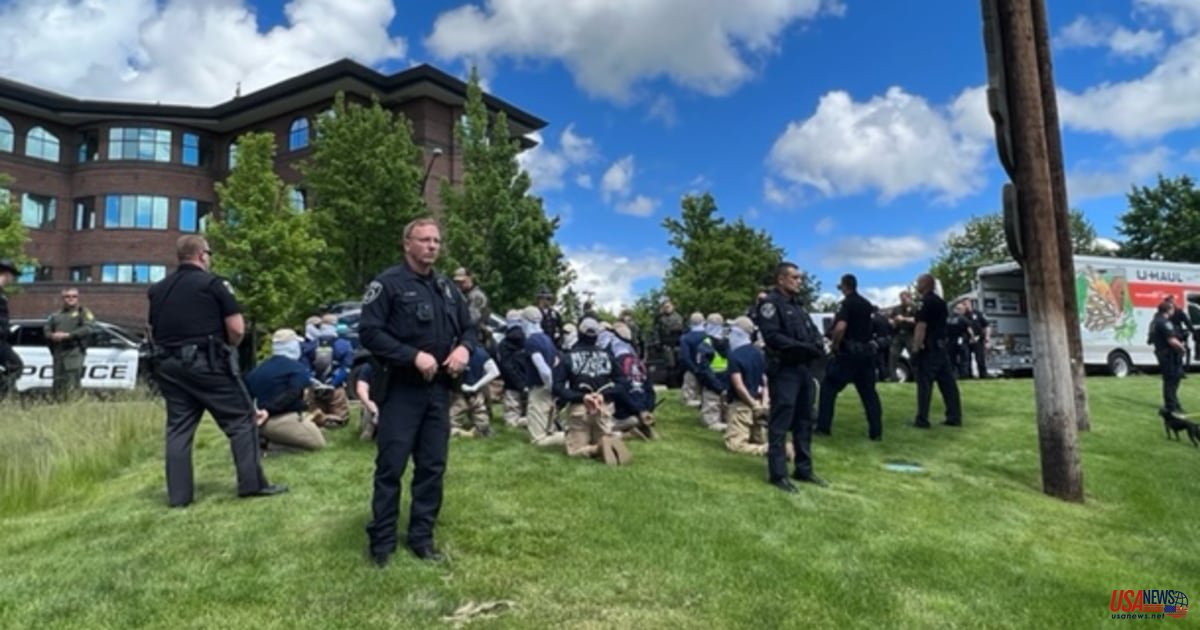 Police in Idaho claim they have received death threats after arresting 31 people associated with the white nationalist group Patriot Front, near an annual LGBTQ+ event.

Monday's interview with Lee White, Chief of Police at Coeur d'Alene, revealed that the department had received about 149 calls since the arrests. About half of all calls were praise from the community who give their names and express pride about the department, White said.

White stated that the remaining 50 percent, who remain anonymous and want nothing more than to scream at us and use some very inappropriate words, offer death threats against me and other police officers just for doing their jobs." These people are obviously anonymous."

White stated that officers have been threatened with doxxing. This is a practice where someone posts personal information online such as addresses or phone numbers. According to White, the majority of threats made to officers appear to come from outside Coeur d'Alene.

A 911 caller reported that he saw a "little army", consisting of people wearing masks and shields, in a UHaul truck on Saturday. White stated that the responding officers stopped the vehicle 10 minutes later. 31 people wearing "similar attire" were taken into custody.

The 911 caller won't be identified.

White stated, "Since me and other members of the agency have been receiving threats including death threats,"

White stated that the 911 call and body cam footage would be available at some time, but did not specify when, citing the ongoing investigation.

Prior threats to police officers were received by "opposing organizations" prior to the annual Pride in the Park, which celebrates the civil rights struggles of LGBTQ+ people. White stated that additional staff were assigned to Pride, but no intelligence was specific to the Patriot Front group.

White thanked the 911 caller who was diligent in reporting what they saw and said it probably prevented a dangerous conflict.

White stated that the concerned citizen, rather than recording it on YouTube or Snapchatting it for 15 minutes, called 911 to report suspicious activity.

"And as such, we probably stopped a riot happening downtown."

White confirmed that he had seen documents in which the group planned to stage a confrontation. They also used smoke grenades before retreating down Sherman Avenue.

White stated that it didn't define which group they intended to confront, regardless of whether it was Pride people or police officers. It was vaguer than that.

White stated that one smoke grenade was discovered among the suspects' belongings. They wore logos and arm patches on their hats, which identified them as Patriot Front members.

According to the Southern Poverty Law Center, Patriot Front is a white nationalist "hate group". According to the nonprofit, the group was formed with the support of other "neo Nazis" in Texas following the deadly Unite the Right rally in Charlottesville in Virginia in 2017.

The Kootenai County Sheriff's Office has released the names of all 31 arrested. They were all charged with one count of criminal conspiracy and bonded from custody. It is not known if any of them have retained lawyers.

Only two of the group were identified as Idaho residents in the sheriff’s booking report.

It is not clear when the suspects will appear before the court.