After a sanctuary raid, police arrest over 200 big cats and other animals. 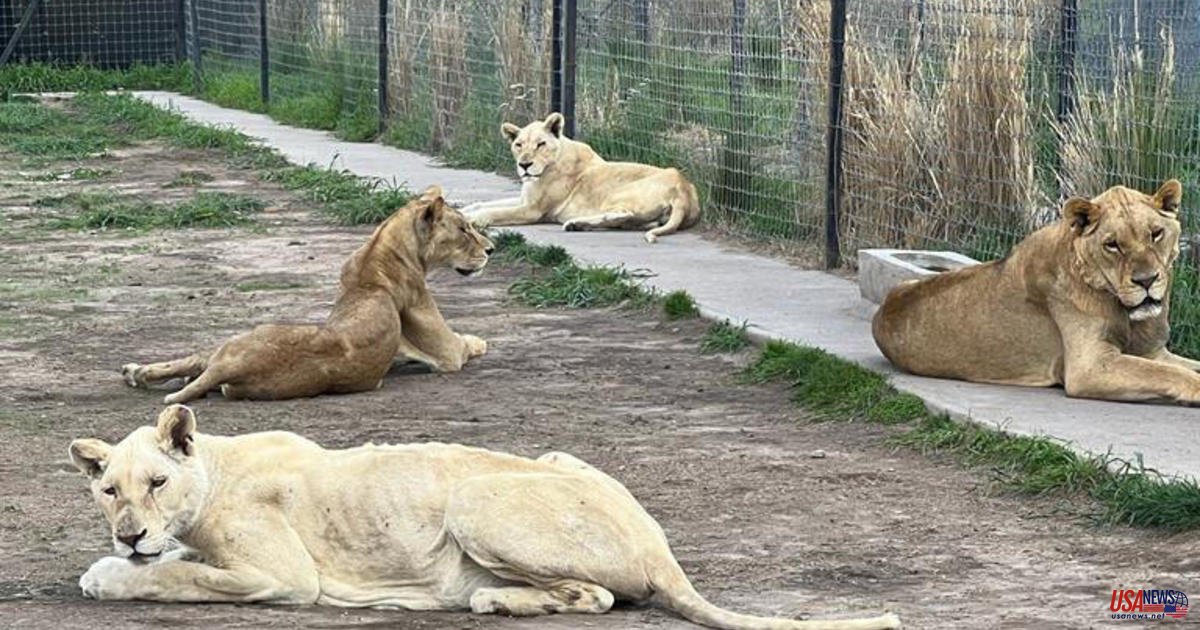 According to the federal Attorney General's Office for Environmental Protection, there were 202 animals, including dogs, cats, donkeys, and monkeys. They were being transported to other places.

Local media reported that the reserve's founder had rescued some animals, and some of them were in poor condition.

Ernesto Zazueta, President of the Association of Zoos said that it all began with a worker who was recently laid off and he had a lot of video evidence of animals being abused. "We attempted to approach the sanctuary's back area, where you can observe animals in very poor conditions. Some animals had had their tails removed, others had mange, and some had had their legs cut out.

Omar Garcia Harfuch, Mexico City's chief police officer, stated that the property was taken "for the crime against improper use of property or mistreatment of animals."

The city police stated in a statement, "According to the inspection the property where the animals are kept was zoned for agricultural purposes or grazing purposes, and not for keeping the type of species found."

Mexican law allows private individuals to register to keep exotic cats or other animals in supervised wildlife management areas. This paperwork appears to have been filed by the facility that was raided Tuesday.

PETA, an animal rights advocacy organization, called the site "false Sanctuary" and said it had complained for years about abusive practices at the facility.

PETA stated that the lions and tigers were kept in small, enclosed pens with multiple animals per enclosure. They were also forced to interact with humans for photos or videos.

According to the Association of Zoos, Breeders and Aquariums of Mexico, its members will volunteer to care for the animals.

The overpopulation of rescue and shelter facilities has been caused by illegal Mexican drug cartel members and the ban on circus animal acts in 2015.

Zazueta stated that "many of our facilities have already been saturated with wild animals from different rescues, ranging form circuses to hundreds seized of illegal trafficking" animals. We cannot allow these animals, many which are endangered, in such poor health and malnourishment.

Zazueta stated that some of the monkeys, three lions, and one of the lions could be transported to Mexico City Zoos on Wednesday. There were also plans to send 50 animals to the zoos west and in the northern states Gunajuato or Sinaloa on Thursday.

He said that the animals were in a "horrible situation". They had been eaten and some of their tails were missing. Others are without an eye or an ear. They are extremely thin and dehydrated.

According to the refuge's founder, donations to the reserve dropped during the coronavirus epidemic.

Mexican narcos have always been fascinated by exotic animals.

A spider monkey disguised as a drug gang mascot died in a gunbattle last month. A photo taken at the scene of a shootout with police in Texcaltitlan in which 11 drug gang members were killed, showed a small monkey, wearing a tiny camouflage vest and a tiny bullet-proof vest. He was found sprawled across the corpse of his owner.

In June, a 450-pound tiger roamed the streets of Nayarit on the Pacific coast. A man was also killed trying to pet a captive tiger in western Michoacan, where he was mauled.

The Bengal Tiger wanders around the town, and is then taken home by his owner without resistance. This was in Tecuala Mexico. pic.twitter.com/TtDwbHAjRT