After a floating crane crashes south of Hong Kong, 4 crew members were rescued

HONG KONG aEUR: A fourth crew member was rescued Monday by Chinese authorities after a storm sank an engineering vessel two days prior. 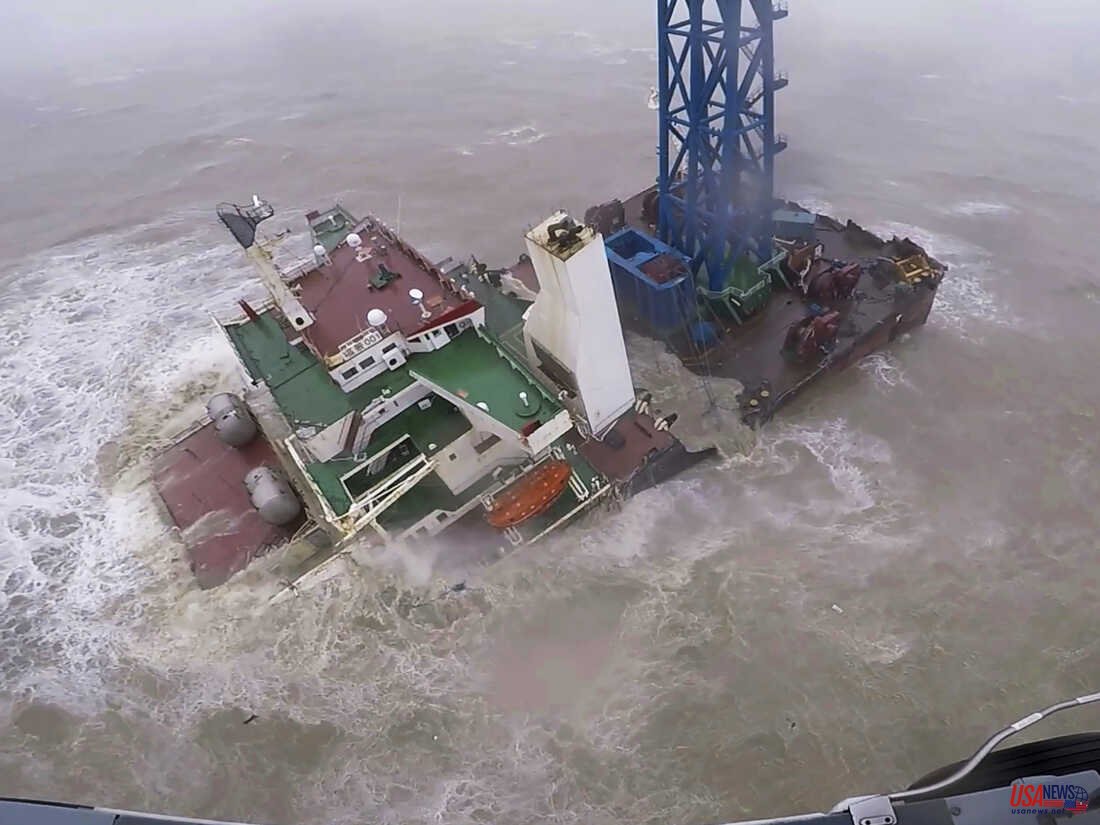 HONG KONG aEUR: A fourth crew member was rescued Monday by Chinese authorities after a storm sank an engineering vessel two days prior.

According to Guangdong maritime authorities, the crew member was saved by a navy vessel Monday morning. He is now in stable condition. Rescue efforts are still ongoing.

According to local media reports, the latest rescuer was part of a crew of 30 on board the Fujing 001. This floating crane registered in China was involved with several offshore wind farms.

The vessel broke in two and fell to the bottom on Saturday, during Tropical Storm Chaba. It sustained winds of 110 km/h (68 miles/h) and was then upgraded to a Typhoon.

Hong Kong authorities dispatched helicopters and planes to assist in the rescue but stated that the chances of saving the remaining crew members alive were slim.

The fallen structure swept away nine people who were sheltering from the rainstorm in Shijiazhuang (the capital city of Hebei). According to the report, one person was taken to hospital and is now in stable condition.