Africa laughs for Iñaki Williams and cries for Mané

Twelve days ago, an inconsequential race for the band turned into a nightmare. 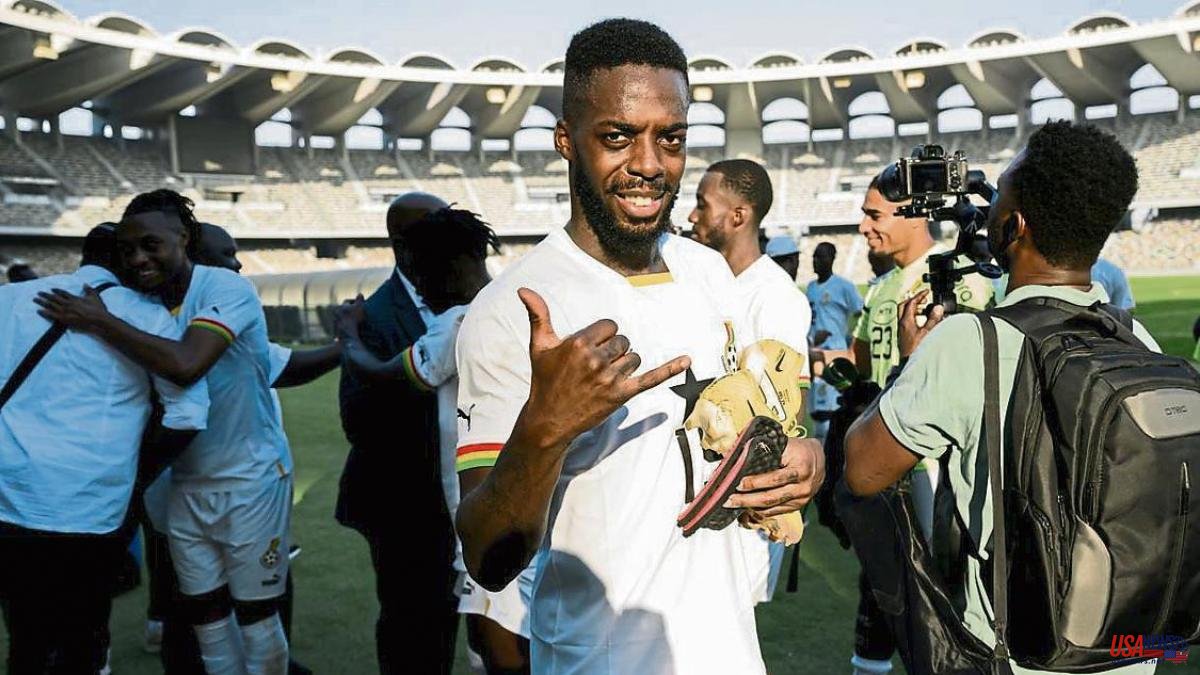 Twelve days ago, an inconsequential race for the band turned into a nightmare. When Bayern-Werder Bremen had barely been played for a quarter of an hour, the Senegalese forward Sadio Mané stumbled slightly with an opponent and felt a puncture in the knee. When he dropped to the grass and called for a substitution in the 19th minute, all of Senegal trembled. On Thursday the worst omens were confirmed: Mané, the best player in Africa in 2022, has not recovered and will not be in the World Cup in Qatar. Nor will other African stars suffer in the Qatari heat, such as the Egyptian Salah or the Algerian Mahrez, who did not qualify.

Yes, they will be, in addition to the Senegalese, Morocco, Tunisia, Cameroon and a Ghana brimming with optimism for a crack come from the north: Iñaki Williams from Bilbao announced in July that he will play with the country where his parents were born. The five African representatives in Qatar will seek to reverse the bitter taste of the last World Cup event in Russia, when no African team made it to the second round.

The signing of the Athletic Bilbao striker brings hope to a Ghana that arrives hesitant after winning only two of its last twelve games. With the former mattress player Thomas and the Ayew brothers as the main arguments —watch out for the young midfielder from Ajax Kudus—, the Black Stars will need the scoring nose of the nine from San Mamés to pass the phase. His group is a piece of cement gum. In addition to Ronaldo's Portugal or Son's South Korea, Ghana will have to settle pending scores with Uruguay, who eliminated them in South Africa with the famous save by Luis Suárez, who avoided a historic qualification to the semifinals.

Chelsea star Hakim Ziyech won the pulse in summer: his fight with the coach ended with a last minute change in the Moroccan bench so that the attacker could return to the national team. His left foot and his experience will be welcome in a young but solid team, which has in its defense (the goalkeeper Bono, the center-back Saiss or the full-back Achraf) the main foundation to dispute the pass with Belgium and Croatia, in addition to the probable sparring partner Canadian. In a Blaugrana key, the World Cup will be an unbeatable showcase for the young winger Abde on loan at Osasuna. Another exculé, Munir, will see him from home after not being summoned.

There is no possible analysis of Senegal's options without the Mané impact. The injury to their best player and leader has been a blow to the chin for the aspirations of a team that arrived in Qatar with a swollen chest. Champions of the last Africa Cup, the Lions have shown remarkable regularity (two African Cup finals and presence in two consecutive World Cups) and have a consolidated team with a Premier accent in midfield (Mendy, Sarr, Gueye) and two steel gyrfalcons behind like the central defender Koulibaly and one of the best goalkeepers like Édouard Mendy, the third best player in Africa in 2022 after Mané and Salah. Their biggest threat, in addition to De Jong's Netherlands, is the local optimism of Qatar, which will compete with the Africans and the uncomfortable Ecuador who is still alive in the Qatari party. Ahead of the Africa Cup final, Senegal's president, Macky Sall, encouraged his players: "A lion can never be afraid," he said. He is also valid for Qatar.

After Cameroon beat Mahrez's almighty Algeria in the decisive match to go to Qatar, former Blaugrana striker Samuel Eto'o, now president of the Cameroonian soccer federation, went down to the locker room to mark the demand: "We are going to win the World". The presence of the ex-soccer player culé in this analysis is not inappropriate: in Cameroon they denounce the interference from the offices in the squad list after the coach Rigobert Song was not able to pronounce several names of his soccer players when announcing the list for the World Cup. Cameroon's main attacking weapon: the good form of Choupo-Moting from Munich. A priori, he seems little in a group with Brazil, Serbia and Switzerland.

Tunisia is the national version of a visit to the extinct Calderón: pleasant as going to have a tooth pulled. A rocky, thick team, without big stars and difficult to beat, it comes to the tournament with the band of the African team with fewer options in a group with France, Denmark and Australia. In their favor: few have more trade than the Tunisians.