The Afghans lose their expression (and another bit of freedom) in front of the cameras. 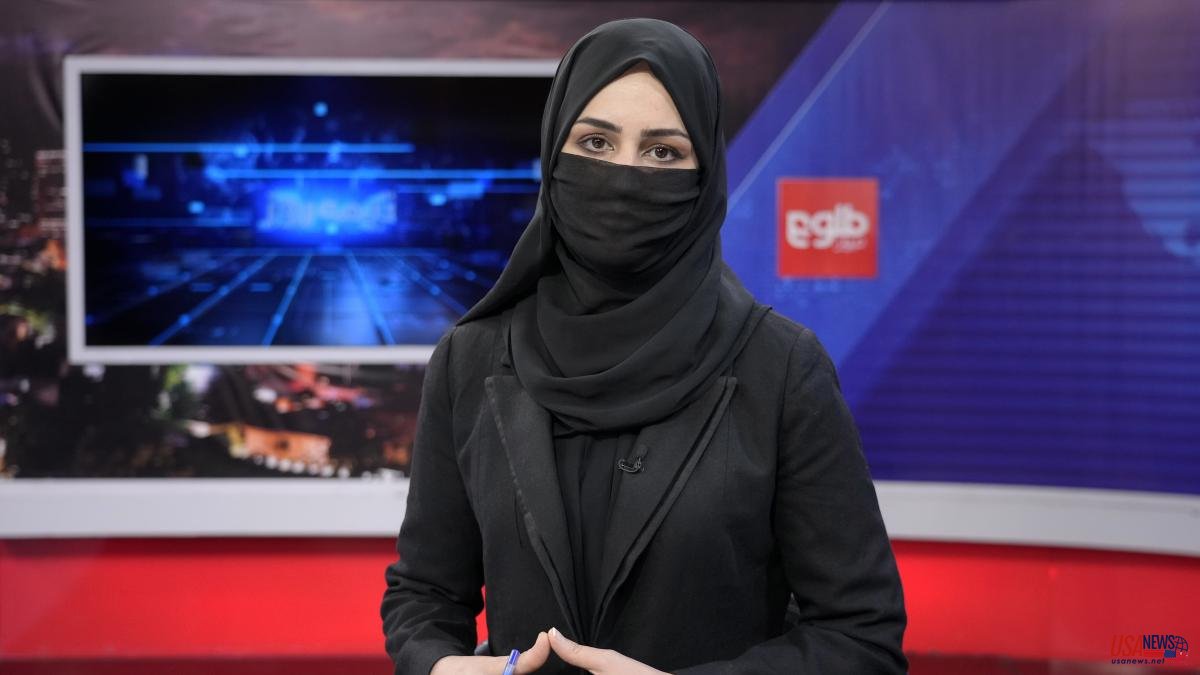 The Afghans lose their expression (and another bit of freedom) in front of the cameras. Although at first they resisted, the Afghan presenters and journalists appeared this Sunday with their faces covered on television, upon fulfilling the Taliban's ultimatum for them to continue their mandate without exceptions, in what represents a new setback in women's rights. in Afghanistan.

"The burqa and everything else that they impose on us will not stop us and we will continue our battle for our rights," said today during her program, with her face covered, the presenter Basira Joya of the Arayan channel, who reminded the Taliban that "Islam It is a religion of kindness and never imposes anything on men or women."

Khpolwak Sapai, director of Tolo News, the main private news channel, shared on his social networks images of his female staff with their faces covered: "Today we have a deep regret," said the veteran journalist, who like the rest of His colleagues wore masks as a sign of solidarity.

The monitoring today of the Taliban mandate after the ultimatum was widespread, as could be seen on other Afghan channels such as ShamShad, Tamadon, Rah-e-Farda, Zhuandon or Noorin.

"We verbally insisted that they abide by the order and today all the media implemented it," Mohammad Sadiq Akif, the main spokesman for the almighty Ministry for the Propagation of Virtue and Prevention of Vice, told Efe.

The Taliban had insisted three days ago to the media about the order made public on May 7, which decreed the mandatory use of the burqa or similar clothing that covers the entire face of women, but in the face of resistance from some journalists, the ultimatum was imposed.

The spokesman celebrated today that "all the employees of the media obeyed the order", but warned that if they call their attention again, they will be forced to act following the previously announced actions.

According to these measures, if an official fails to comply with the order, she will be automatically dismissed, while in the rest of the cases a guardian or male member of the family will be notified first, and if the non-compliance persists, he will be called to testify, he may "to be detained for three days" and "delivered to the courts to receive his punishment" as a last resort.

Akif had highlighted to Efe this week the importance of complying with this rule, since the media and their workers represent the image of society and have a vital role in the propagation of virtues, in addition to having a strong impact among the population. Afghan woman "as an image and role model".

One of the main Afghan opponents in exile, the politician Fawzia Koofi, lamented, however, on social networks that she was left "without words to explain the situation that women and girls are going through in Afghanistan, (...) with a new mandate on a daily basis to make them more invisible.

Since the Taliban came to power in mid-August, women have seen their rights reduced, such as the closure of schools for adolescent girls, the prohibition of many women going to their jobs or the obligation to that when traveling they are accompanied by a male member of the family.

This clashes with the initial declarations of the Islamists, who promised to respect the rights of Afghan women, but the reality that women live in that country increasingly resembles the time of the first Taliban regime between 1996 and 2001, when they were confined in their homes, without the possibility of studying or working.

Behind many of these regulations against women is the Ministry for the Propagation of Virtue and Prevention of Vice, an institution that was very active during the first Taliban regime and that became extinct with the US invasion, leaving a bad memory for Afghans. for the next 20 years. With the return to power of the Taliban on August 15, the institution returned, installing itself, precisely, in the now defunct Ministry of Women.