Aeroflot moves a little further from the West

Back to the origins. 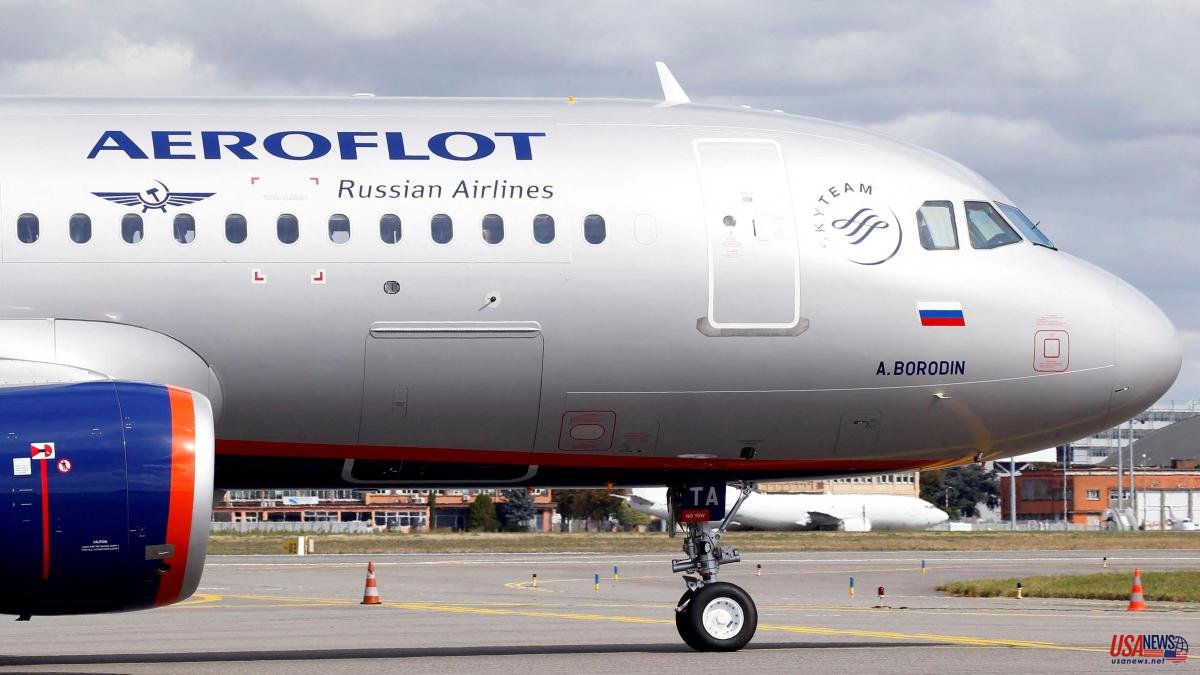 Back to the origins. After the fall of the wall and the collapse of the Soviet Union, Russian and Eastern Bloc aviation companies changed their face. It is now 30 years since senior executives of Western aircraft manufacturers and representatives of aircraft rental companies took a triumphant walk through the headquarters of airlines that until then were behind the iron curtain. The result was the renewal of fleets of companies such as the Soviet Aeroflot, the Hungarian Malev, the Romanian Tarom or the Polish LOT with planes from Boeing, ATR, Canadair or Airbus. The European Union, the United States and Canada won an important commercial and even moral game: that of civil aeronautics. The West brushed Soviet industry in the face after decades of competition and leadership in its markets.

The hitherto powerful aircraft manufacturers in the USSR lost favor with their classic clients, no longer under political pressure, and entered an undesirable spiral: sales shortages, technological backwardness and job losses. Soviet commercial wings had less and less presence in the skies of the world, something unimaginable in their day for Sergey Vladimirovich Ilyushin, Andrei Nikolayevich Tupolev or Alexander Sergeyevich Yakovlev, the engineers who gave their name to designs such as the supersonic Tupolev 144, with a great resemblance to the Concorde, the Ilyushin 62, almost twin to the British Vickers VC-10 or the Yakovlev 42, a concept similar to the American Boeing 727 or the English Trident. For years, the commercial aircraft of both blocks used to have very similar features, which always gave rise to accusations of industrial competition. One more feature of the cold war.

Western dominance in Russian civil aviation has been consolidated in the last three decades. The old monolithic Aeroflot embraced Airbus and Boeing. To give an image of a modern and safe company, the latest models of each company were incorporated into its fleet until a few months ago: Airbus A350 and A320 neo or the latest generation Boeing B737 and B777.

Westernization even reached VIP transport: during Dmitri Anatolievich Medvedev's term between 2008 and 2012, he landed in the Kremlin complex and made local air trips aboard a brand new AW139, an Italian-British-made helicopter. His predecessor and later his successor in office, always preferred to fly in an MI-8 built in the same factory as the famous helicopters that performed all kinds of missions during the Chernobyl nuclear disaster in 1986.

Those Mi aircraft flew in a utility or cargo version. Putin does it in an executive version and has three twin aircraft for his use, a gesture of support for the local industry, as well as requesting that, at least, a small part of the commercial aircraft operated by companies from his country be Sukhoi Superjet . Aeroflot incorporated fifty.

The name of an illustrious Russian character (all men) is written on the nose of most of the aircraft of that company, and on the fuselage, next to the name of the company, the hammer and sickle, an ancient symbol of the proletariat, is still painted. industrial and peasantry, on wings. Until the invasion of Ukraine, which turned into a war, these Soviet symbols shared a fuselage with license plates from the Bermuda or Cayman Islands, where, for legal certainty, aircraft rental companies preferred to register them there instead of in Russia to solve any problem. with the operator.

The war showed that even so, the owners of the aircraft have protection over their assets, since the government of Mikhail Vladimirovich Mishustin, Prime Minister of Vladimir Vladimirovich Putin, unilaterally decided that all commercial aircraft operating for companies in the country be re-registered with registration. Russian, a license plate that the Sukhois already had.

Western sanctions on Moscow's economy in response to the Ukrainian conflict have made it impossible for Russian airlines to incorporate new European or American-made aircraft. They also cannot access spare parts or improvements in technology, which has made it necessary to stop part of the fleets to use their parts and incorporate them into other aircraft. In this way, a large part of the fleet can be kept in flight: the so-called cannibalization of an aircraft allows a plane left on the ground to supply parts to others that are still operational, although this is a provisional solution that over time will be more complicated.

Given that the sanctions will remain in place over time, the Putin government made a decision this week: buy local. The Aeroflot group signed a letter of intent to incorporate 339 new Russian-made aircraft into the fleets of three of its brands: the parent company Aeroflot, Rossiya, the main company in Saint Petersburg, also in charge of operating state flights and Pobeda, the group's low-cost subsidiary, based in Moscow.

The announcement of this contract was made at the seventh Eastern Economic Forum that opened on September 5 in Vladivostok. Under the slogan 'Gateway to a multipolar world', with the participation of 60 countries and regions and where agreements were signed for nearly 53,000 million euros. Part of that amount, some 16,000, corresponded to the aircraft contract for 210 Irkut MC-21s, 89 new generation Sukhoi Superjets and 40 Tupolev Tu-214s.

The aircraft will be delivered over a period of seven years, between 2023 and 2030. The first will be the Sukhoi, which will begin to be delivered in 2023, while the Irkut and Tupolev will start flying for the three Aeroflot brands from 2024 "The signing of this agreement clearly demonstrates to the whole world that Russia is a great aeronautical power with great potential and rich experience in the field of aircraft construction, capable of producing reliable and modern aircraft," said Sergey Alexandrovsky, top Aeroflot executive at the time of signing the document. Russia continues to move away from the West, now also with its own wings.