Aena foresees 2,400 million for Barajas before the no of the Generalitat

Aena plans to carry out an expanded investment to make the Madrid airport even bigger over the next few years. 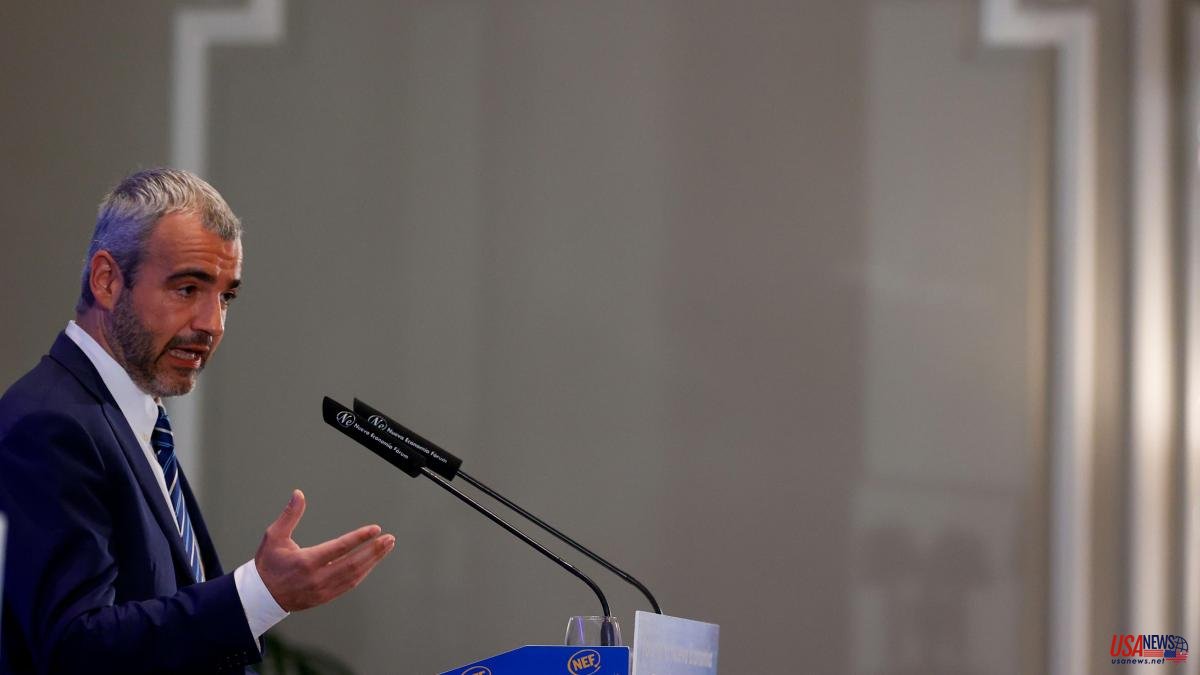 Aena plans to carry out an expanded investment to make the Madrid airport even bigger over the next few years. Specifically, as detailed yesterday by the president of the company, Maurici Lucena, the objective is to reach 2,400 million euros compared to the 1,700 million initially planned for the growth of terminal 4 and its satellite and the conversion of terminals 1, 2 and 3. Lucena contrasted this project with the paralyzed one in El Prat and warned that the Generalitat's refusal to expand the Aena project will mean a loss of competitiveness for Barcelona compared to Madrid.

In Barajas, specifically, Aena's plan involves expanding T4, where there will be 100 new counters, as well as an extension of the docks and the aircraft parking platform, and T4S, where the boarding dock area will grow 400 meters. This will give "greater capacity and oxygen" to the capital's airport. In addition, "a very substantial reconfiguration of the security filters" will be carried out.

There will also be changes in the first three terminals, which will be merged to be called "T123". These buildings will become a "processor", in the words of the president of Aena, where the first billing procedures will be carried out. There will be an additional 700 million investment. There is, therefore, a "decided commitment to Madrid so that it continues to be the world's main hub with Latin America", highlighted the president of the airport manager.

Aena sources affirm that this additional investment of 700 million seeks to adapt the Madrid airport to the increase in passengers that is expected over the next few years. Barajas, which can receive 70 million passengers a year, is already reaching the limit of its capacity. The objective is that it can reach 80 million passengers. All this expense is expected to be executed from the DORA (airport management document) 3, from 2027.

The president of Aena warned of the negative consequences for the Catalan economy of not expanding the El Prat airport, where he had also planned to invest 1,700 million euros. Lucena described the position of the Generalitat against the expansion of the Barcelona airport as a "serious error" that will cause Madrid to take advantage.

"I am very sorry that it has stopped," said the former PSC leader at an informative breakfast held in Madrid that was attended by prominent senior government officials and representatives of the business world. The decision of the Government of Pere Aragonès, added the president of Aena, "is going to curb the competitiveness of the Catalan economy in comparison with Madrid" and "the whole world will see it".

The head of the airport manager, one of the jewels in the crown of companies owned by the State, stressed that, since it was the Government of the Generalitat who decided to paralyze the expansion of El Prat, only the regional Executive could rescue the project . Lucena plans to meet with the new Minister of Territories, Juli Fernández, but he has already said that he does not see the new government team of Catalonia willing to change his position. "Madrid is going to continue being one of the great European airports and, unlike what happens in Barcelona, ​​the Government is very clear about this and does not want to lose that opportunity," he concluded.

Lucena's words, delivered the week in which Aena's strategic plan for the coming years was launched, were heard live by a large group of leading figures in the political and business world, including the president of ACS, Florentino Pérez. At the presidential table was the former President of the Government, José Luis Rodríguez Zapatero, and his right-hand man in the PSOE and in the Executive, the former Minister of Public Works, José Blanco. Together with them, the Secretary of State for Transport, Isabel Pardo de Vera, the Secretary General of the Presidency, Fran Martín Aguirre, and the former Minister of Public Works, José Luis Ábalos.