Kylian Mbappé was the protagonist of most of the headlines of the last seven days. 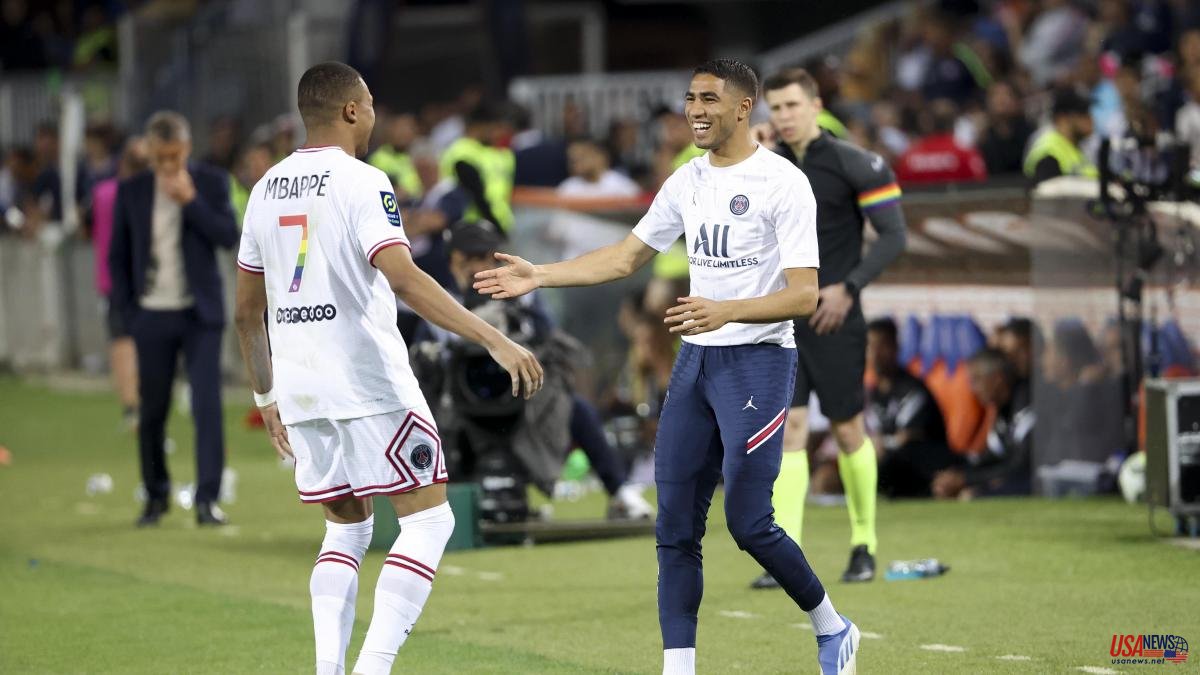 Kylian Mbappé was the protagonist of most of the headlines of the last seven days. After months of rumors about his continuity at PSG or his possible signing for Real Madrid, Bondy's man opted to renew with the Parisian club until 2025, a decision that disappointed the white fans who were eagerly awaiting the arrival of him Precisely, his current wardrobe partner Achraf Hakimi, a youth squad player from 'La Fábrica', was one of the guests on this Thursday's La Resistencia program, from where he sent a message to Florentino Pérez.

The presenter, David Broncano, did not miss the opportunity to ask the Moroccan player about the frustrated signing of Mbappé by Real Madrid. "He kind of had it done, right?" Achraf scathingly replied, adding that he should have taken a "Pique-like selfie" with the striker to announce that he was staying. Next, Broncano asked him to dedicate a few words to the one who was his president in the Spanish capital, with whom he maintains a "respectful" relationship, to encourage him after the recent events.

"Well, nothing, 'Tito Floren', I wanted to tell you that much encouragement. I hope you go for another great signing and good luck on Saturday, ”said the PSG right-back, precisely one of the few people who knew about Mbappé's decision before it became official. “The companions knew it in the field. I, as I am friends with him, a few days before, "he confessed.

Hakimi also commented that he had received messages from people "who had not written to him for a long time" asking him: 'What is your friend going to do?' Given his silence, when the news of the renewal was known, they replied: "You're a bastard."

Along the same lines, the coach of the Parisian team, Mauricio Pochettino, was interviewed this Thursday in El Partidazo de Cadena COPE, where he revealed that he knew Mbappé's will "half an hour before" the official announcement, from the mouth of President Nasser Al-Khelaifi . "We were all with great expectation. Even being close to Kylian, we didn't know the final decision either, "he acknowledged. He also commented that he was not surprised that she stayed in Paris. “When they ask me, at that moment I was sure that the player is 100% from PSG. He didn't know if the next day he could change the situation. My intuition was speaking to me,” he noted.

The Argentine coach took the opportunity to comment that he wants to stay on the bench in the French capital, although he assured that it was a disappointment to be eliminated so soon from the Champions League. “I have one more year on my contract. The challenges are there and they motivate any coach”, he concluded.

Kylian Mbappé's visit to Madrid at the beginning of May, precisely accompanied by Achraf Hakimi, fueled a whole series of rumours. The PSG player went to lunch at a restaurant in the Spanish capital along with his teammate, his brother and two other people. Despite everything, a spokesman for the white club assured that he had no record of the Frenchman's presence in the city and disassociated the reasons for the trip with negotiations about his signing.