Acciona Energía and Sacyr have entered the Ibex 35 today, replacing CIE Automotive and Almirall, which will be listed on the Ibex Medium Cap, according to the changes announced by the Ibex Technical Advisory Committee on June 9. 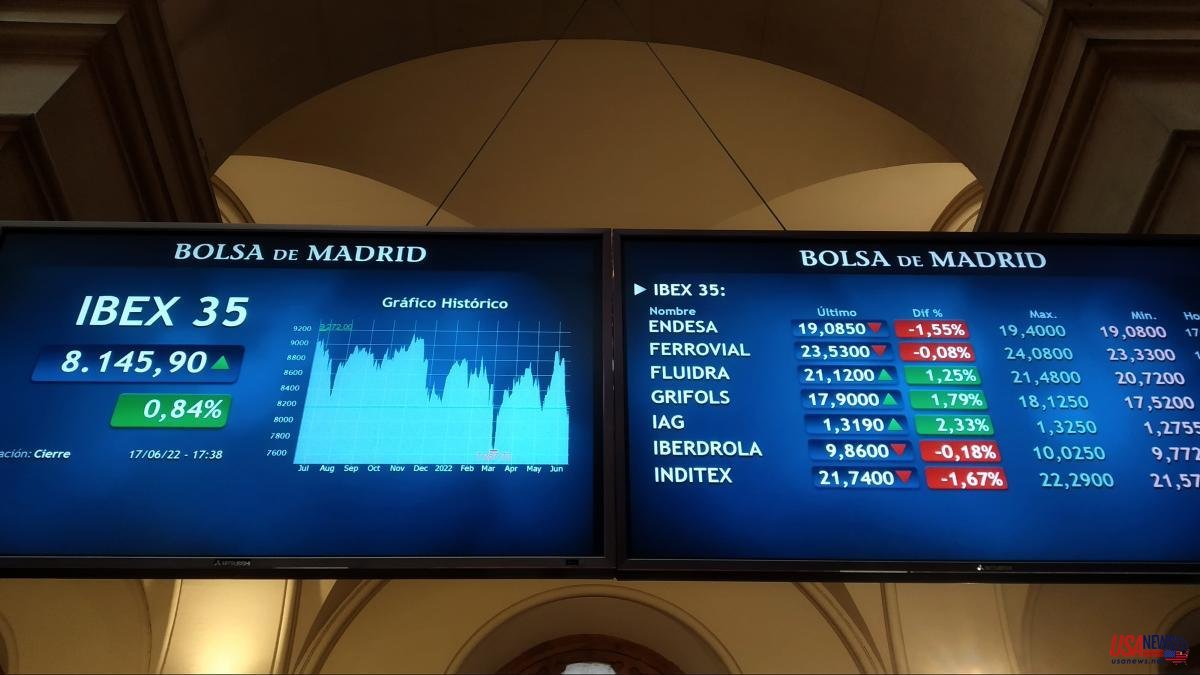 In the case of Acciona Energía, its entry into the Ibex 35 raised doubts since the majority of its capital -specifically, 83%- belongs to the construction company Acciona, which has already been listed on the selective since 1997. The Ibex Technical Committee has taken into account that Acciona Energía complies with the requirements of volume traded and minimum capitalization (0.3% of the Ibex). In this sense, the company is in 33rd place among listed companies by trading volume, with some 725 million euros between December last year and May this year.

Acciona Energía debuted on the Stock Exchange less than a year ago, after placing 17.25% of its capital at a price per share of 26.73 euros, which represents a valuation of 8,800 million euros, being the largest IPO in Spain from Cellnex in 2015.

In this first year, its titles have been revalued: at the close of last Friday, the shares have closed at a price of 34.66 euros, which represents 29.66% since the beginning of the listing in July 2021, with a market capitalization of 11,286 million euros, already surpassing even its parent company. Likewise, it has already delivered its first dividend of 0.28 euros per share, increasing this revaluation for the shareholder.

The company claims to be the largest 100% renewable utility in the world, with 10.7 gigawatts (GW) of assets in operation, having around 80% of its production already contracted and therefore with a low risk profile.

Its objective is now to take advantage of its IPO to double this installed capacity to 20 GW in 2025, with a total associated investment of 7,800 million euros. Subsequently, it plans to reach 30 GW by 2030 through its portfolio of projects already underway of 17.4 GW, as well as with other identified long-term opportunities of 33.3 GW.

For its part, Sacyr returns to the main Spanish selective after six years of leaving, in June 2016, when it was trading at 1.6 euros per share, compared to the 2.6 euros at which its shares are currently exchanged, which represents a revaluation of 62% over these years.

Added to the rise in the price of its shares are the dividends paid from all these years for a total of 0.35 euros in cash per share, which brings the total appreciation for its shareholders to 84% during the time it has been out of the Ibex 35.

The next dividend, for a cash amount of 0.066 euros per share, will be delivered this Tuesday, June 21, although the shares are already listed without the right to receive it since last the 3rd of this month. You can also choose to collect it in the form of new shares in a ratio of one new title for every 39.

The company entered the index in June 2003, although with its old name of Sacyr Vallehermoso. Ten years later, in October 2013, with the sale and deconsolidation of Vallehermoso, its housing and land development subsidiary, it was listed on the Ibex under its new name.

In this way, Sacyr is currently one of the world's leading infrastructure groups, with operations in nearly 20 countries, such as the United States, Australia, Brazil, Peru, the United Kingdom, Italy and the Netherlands, as well as Spain, among others. Currently, around 80% of its portfolio and 70% of its turnover comes from outside Spain and it plans to continue increasing its internationalization.

Sacyr has also increased its project portfolio by 70% in this period, reaching now 46,000 million euros, in contrast to 27,000 million six years ago.

With the focus now on the concession market, which concentrates 80% of its project portfolio, the company's objective is to reach an Ebitda of 1,200 million by 2025 and reduce net recourse debt to below 500 million in 2022 .

Within the computable period that the Ibex committee takes into account to decide on new additions, which runs from December 1 to May 31, Sacyr has accumulated 618 million traded on the Stock Exchange, which places it in 35th place, which contrasts, however, with the 19,000 million from Santander, number one in the selective.

Its average capitalization in this period has been 1,445 million euros, ahead of Meliá, PharmaMar or Almirall, which are listed in the selective.

At the close of last Friday, Sacyr shares marked a value of 2,380 euros per title, with a revaluation of 0.59% compared to Thursday. Currently, Sacyr's stock market capitalization amounts to 1,516 million euros.