Contrary protesters and supporters of the transfer of the Cross to the Fallen of Ribalta Park in Castelló gathered yesterday in the vicinity of the monument -already fenced off the day before- to protest or applaud the start of the works. 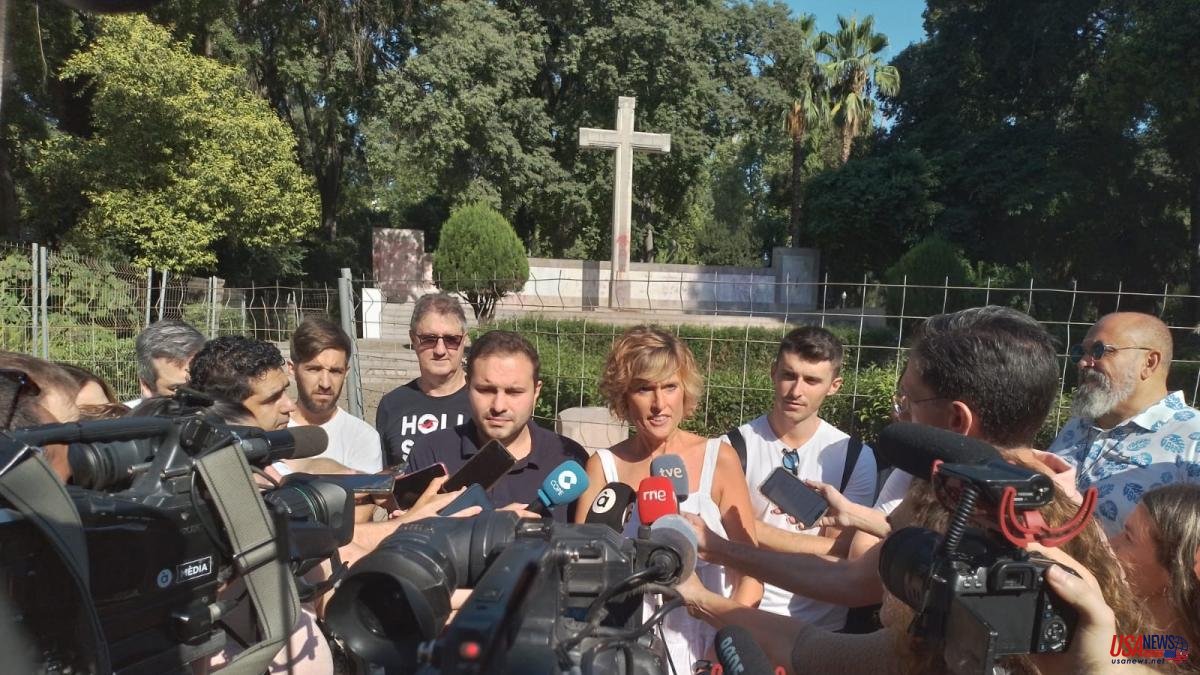 Contrary protesters and supporters of the transfer of the Cross to the Fallen of Ribalta Park in Castelló gathered yesterday in the vicinity of the monument -already fenced off the day before- to protest or applaud the start of the works. Crossed chants but without the tension that could be expected in the expectation that the removal of the controversial monument would materialize.

Politicians also turned out in droves. The local corporation, supporting the initiative they defend, complies with the laws on democratic memory and will also adapt the environment of the garden and the opposition -with the municipal PP en bloc and Vox with the support of the regional deputy Llanos Massó- carrying sheets with the motto "the cross is not touched". The republican flag waving on one side and chants in favor of the unity of Spain on the other.

Very notable was the presence of Compromís leaders with the deputy in Congress, Joan Baldoví, the former education minister, Vicent Marzà, or the regional secretary of employment, Enric Nomdédeu.

On the other side, together with the opposition, the Christian Lawyers entity that has tried to paralyze the process in the courts and that had called on its followers to gather and protest the start of the works. Before the assembled media, representatives of this association explained that they have requested the disqualification of the judge who has so far denied his requests to take precautionary measures.

However, those present explain that there was "no tension at all." Among other things because the transfer of the cross could not materialize as originally planned.

Municipal sources explained to La Vanguardia that the transfer was not undertaken yesterday given that the company awarded the work did not have the framework ready to transfer the cross to the Santo Tomás de Villanueva parish in the town - the place chosen by the Bishopric of the Diocese Segorbe-Castellón as its final destination.

This framework, explained from the City Council, will serve to preserve the integrity of the element both in the disassembly and in the transfer and subsequent placement. The removal of the monument that accompanies the cross will take place in the next few days, once the work on the structure is finished.

The same sources pointed out that the project has an execution period of six weeks and is awarded for 62,589 euros. The works contemplate in a first phase the fencing of the area of ​​action and the own works for the removal and transfer of the cross.

The next phase of the works focuses on the recovery of the garden in the space occupied by the monument to the Fallen, adapting it to the configuration it had before it was placed, based on plans from 1926. The works will consist of earthworks that includes the elimination of the existing pavement and its base until reaching natural terrain in order to be able to connect the new garden with the garden floor. In the space where the Francoist monument now stands, trees, shrubs and carpets will be planted.