Abramovich disconcerts with the loneliness of a sexual influencer in 'Pornomelancholia'

In a digital world where it seems that one is invisible if one is not permanently connected to social networks, mixing sex and the Internet is already a time bomb. 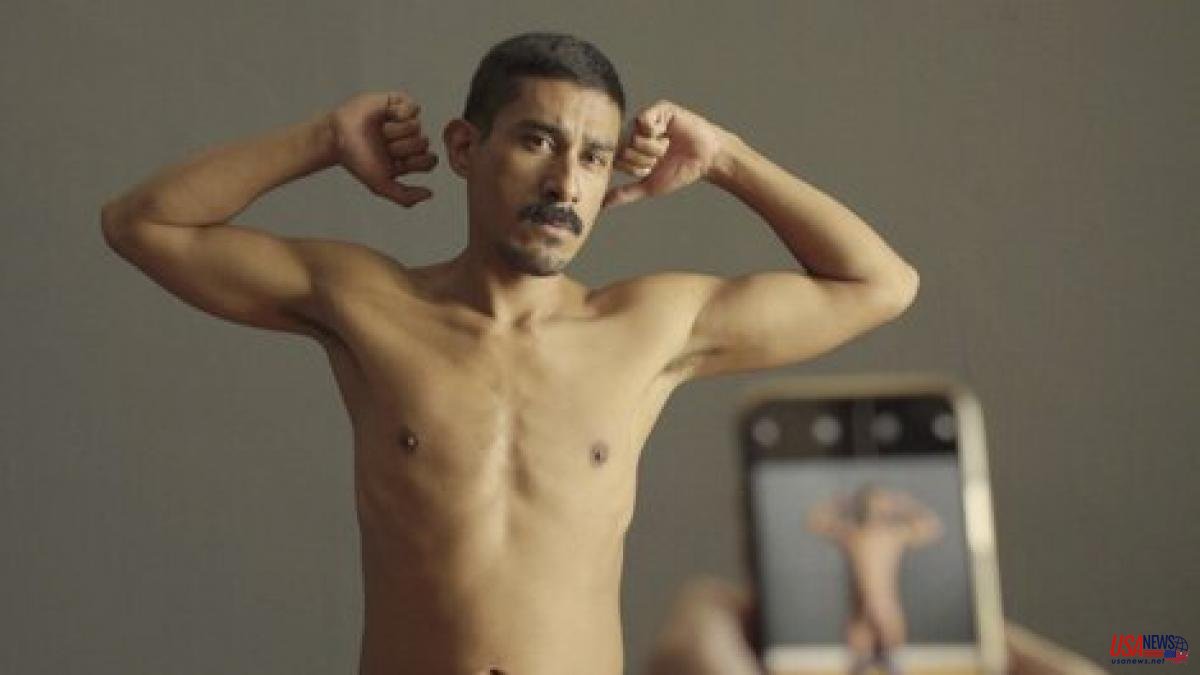 In a digital world where it seems that one is invisible if one is not permanently connected to social networks, mixing sex and the Internet is already a time bomb. The Argentinian Manuel Abramovich (Solar, Light Years) wanted to exploit the theme in Pornomelancolía, which is competing in the official section of the San Sebastián Festival, telling the story of a man who works as a factory operator and in his spare time takes off extra money posting nude photos and videos on their networks.

The actor, who continually comes out without clothes on screen and with a serious face, has recently accused the director of having felt unprotected during filming, both during the endless sex scenes and in the psychological section. In this way, Pornomelancholia becomes the second controversial film of the Zinemaldia after Sparta, by Ulrich Seidl. Although the quality of one and the other have nothing to do with it.

"I am interested in the transition between person and character and how gender and patriarchy make us play the role of a strong man, who should not show feelings or break," Abramovich said at a press conference.

"From that place I approached this film and when I met the protagonist on social networks I felt fascination and admiration because Lalo directed his own life for his virtual audience with creativity and irony," he explained. Regarding Santos' decision not to attend San Sebastian to defend the film, the filmmaker says that "I feel sad that Lalo is not there to tell the story because the film started as an invitation to reflect together." "From the first time we had coffee together I told him that it would be difficult to define what was fiction and documentary because we were going to take elements of his life."

Abramovich has insisted that two films were developed at the same time, Pornomelancolía and Pornozapata by the Mexican production company Meco Films and that in his case they have used the sex scenes as "a stage to talk about the intimacy of vulnerable characters who feel alone" . In his opinion, "it is not a film about pornography but about a feeling of great loneliness that reflects this time after the pandemic."