About the Man of the Noses

The month with which the year begins was baptized by the Romans with the name ianuarius, from which January comes, in homage to the god Ianus (Jano), always represented with two faces, one looking backwards and the other forwards and sometimes with a key or keys, up to 365, in hand. 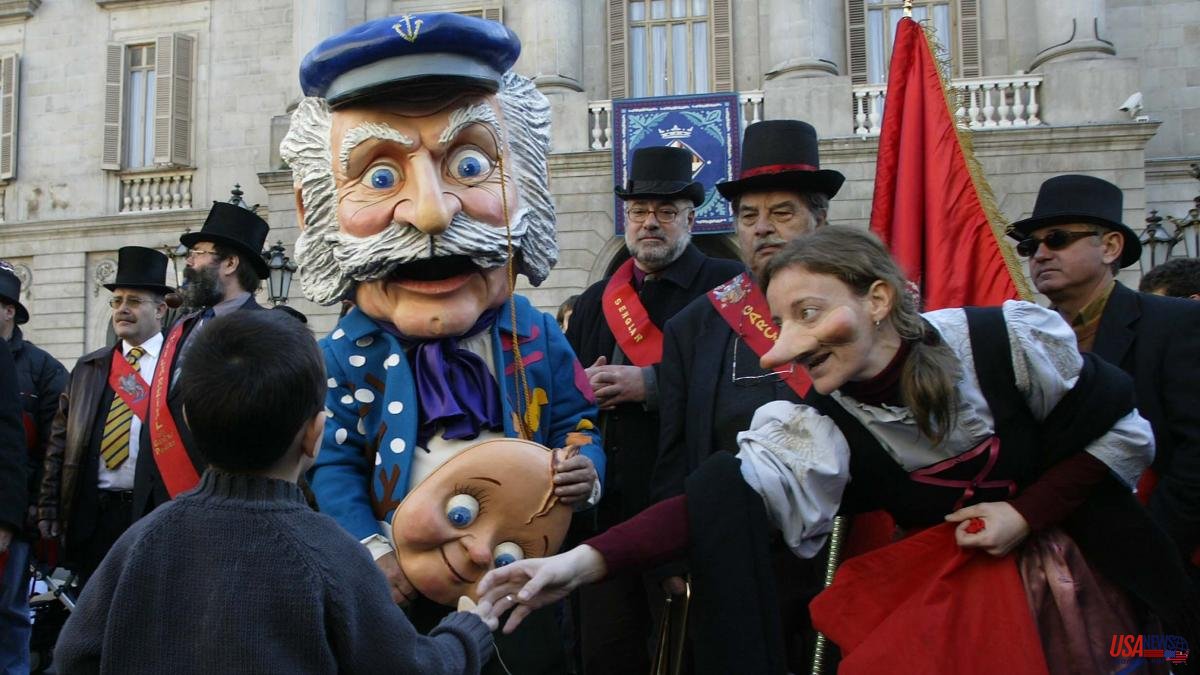 The month with which the year begins was baptized by the Romans with the name ianuarius, from which January comes, in homage to the god Ianus (Jano), always represented with two faces, one looking backwards and the other forwards and sometimes with a key or keys, up to 365, in hand. His bifrontality implies, of course, the past and the future, and the keys allude to the fact that his mission is to open and close the doors. Thus the doors of December close on the 31st at the same time that those of January 1 open. Some dates in which we look forward without stopping to look back, since at the end of the year we take stock of the past and try to face the future with hope, as the ancient Romans did.

In Rome, moreover, during these days people gave each other gifts to express their good wishes. A precedent for Santa Claus, Father Christmas or the Three Wise Men in charge today, in general, of such tasks.

Apparently, the god Jano is also the antecedent of the Home dels Nassos, a figure of popular mythology in Catalonia, Mallorca, Valencia and La Rioja. Such a character appears on December 31 with as many noses as there are days in the year. At least that is what used to be said to children so that they would go out to look for him, convinced that they would find a guy with noses all over his body. A very infinite nose, although, in reality, since there were only one days left in the year, the innocent children of that time came across a Home dels Nassos who could be anyone, since his appearance was as normal and ordinary as that of everyone.

Of course, such a thing happened in another era, in a time when adults teased children, something that does not happen now, since, in any case, it happens the other way around, since it is children who tend to tease us. hair to adults.

In Barcelona, ​​the Man of the Noses appears on the 31st of December through the streets of Ciutat Vella, converted since 1977 into a capgròs, the work of the master craftsman Amadeu Ferrer, and ends his tour – this year with a stop at the Mercat de Santa Caterina – in Sant Jaume square. There he was received by the authorities of the City Council and the Generalitat, to which he symbolically handed over a key so that with it they could open the door to the new year.

I have always associated the Home dels Nassos with Pinocchio. You know, the protagonist, along with Geppeto, from Collodi's tale. Pinocchio's nose gets longer when he lies, something that should happen to politicians, although if it did, I'm sure the world would have many very big noses, some phenomenal.

By not making reference to our politicians – we can find liars in each and every one of the parties, even if one, which is not worth naming, takes the long-nosed palm – if we look abroad, every day new cases of liars or liars, like the vice-president of the European Parliament, Eva Kaili. However, surely Trump or Putin are, so far, the best known. If, according to their lies and lies, their noses grew, they would have already reached the size of an elephant's trunk.

Sometimes it's a shame that fiction doesn't match reality. It would be great if Pinocchio's nose grew not only when he lies, but also for other humans, especially politicians. If that were the case, if lies could be counted in centimeters of nose augmentation, everything would be different. Finally, Happy New Year!