Abengoa and the countryside as symptoms: Andalusia turns back to its traditional engines

At 10 am today, Thursday, the mobilizations of the Abengoa workforce begin to pressure against the blocking of public aid to Seville engineering, once the pride of Andalusia and now in bankruptcy and on the verge of disappearance. 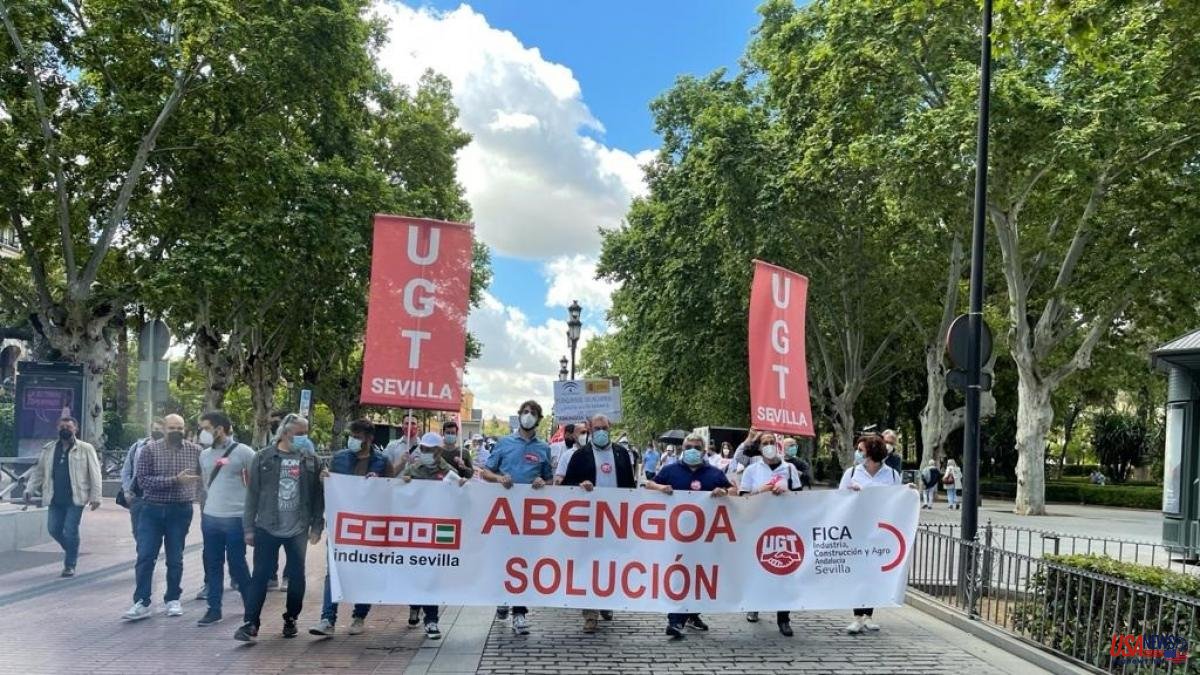 At 10 am today, Thursday, the mobilizations of the Abengoa workforce begin to pressure against the blocking of public aid to Seville engineering, once the pride of Andalusia and now in bankruptcy and on the verge of disappearance. The rescue seems impossible no matter how much the company has requested 249 million from SEPI, coincidentally one million less so that the operation of the Solvency Support Fund for Strategic Companies has to be examined and blessed by the Competition Commissioner in Brussels . This procedure will not come and perhaps no other. Time, also for Abengoa, is running out, while the Board and the Government reciprocally blame each other for letting it fall.

"That this issue comes out in the electoral campaign seems striking to me," say sources from the Junta de Andalucía. "They can say what they want, but the truth doesn't change: we don't have the legal instrument to get the money to the company."

Clemente Fernández, president of Abengoa, is also not optimistic when referring to the rescue. "I think SEPI is going to say no, but if it doesn't come out, there are other options," he says. Abengoa employs 8,700 people, of which some 1,800 work in Spain. After years of collapse -Abengoa's creditor pre-bankruptcy dates from November 2015-, the Sevillian group is still drowning in debt, unviable without assuming the enormous losses caused to shareholders and creditors. "This is what makes SEPI's operation unfeasible: it makes no sense to inject a lot of public money to pay old debt," Fernández concludes.

Abengoa's lengthy crisis and, above all, its harrowing end have once again put on the table the need to review the Andalusian economic model, with its weaknesses, strengths and opportunities. And there are not a few who, after criticizing certain political lurches, have claimed the field in an undisguised back to basics. "With this government of Juanma Moreno we have noticed something that also happened with Susana Díaz and Juan Antonio Griñán, who have stopped caring for the goose that lays the golden eggs to make bets that have been unsuccessful," they say in Asaja.

In the midst of runaway inflation and with the agricultural sector in focus, Andalusian farmers are concerned about the distribution of funds from the Common Agricultural Policy (CAP), which is in the process of being redefined. The different agrarian organizations consider that the provisional distribution planned by the Ministry of Agriculture supposes losses of more than 180 million euros per year for farmers and ranchers in Andalusia without forgetting that more than 50,000 recipients could be left out of the aid system.

The field burns. Farms are at the limit and in the coming months it will be when the final destination of the aid will be defined, which clearly harms Andalusia, according to all the organizations.