Abascal, on Macarena Olona: "I am not capable of explaining many things, Federico"

The leader of Vox, Santiago Abascal, has been visibly uncomfortable this Thursday when talking about the ex-Vox spokesperson in Congress Macarena Olona who left politics this summer after being elected a deputy in the Andalusian Parliament. 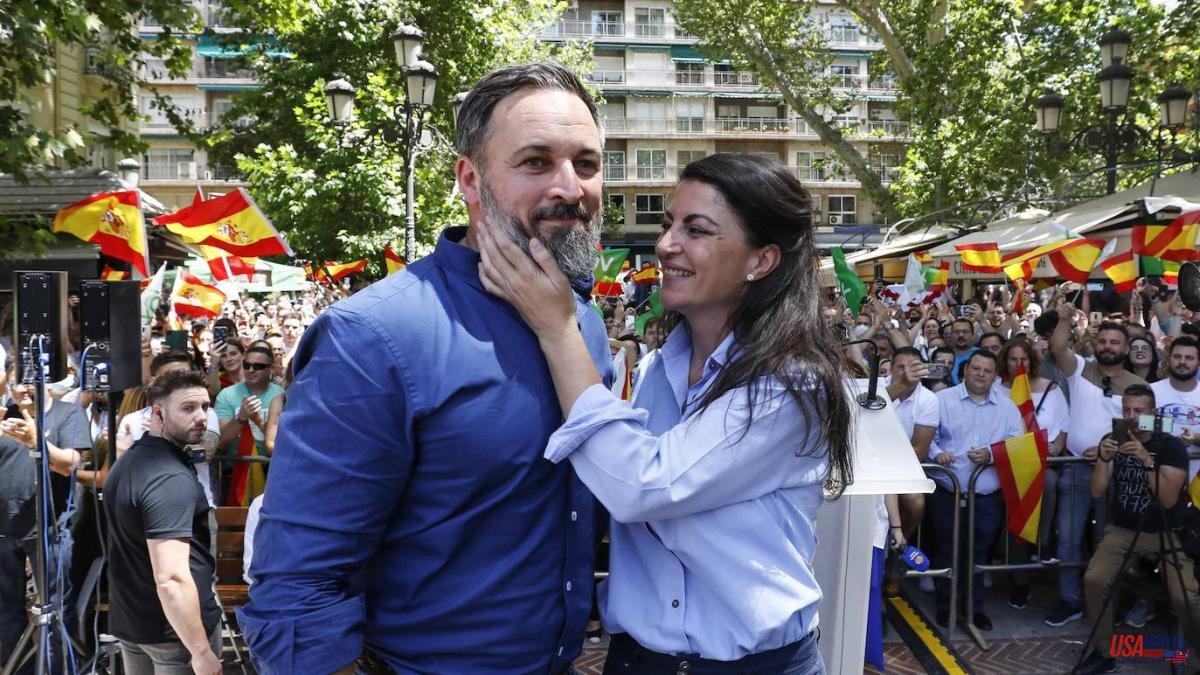 The leader of Vox, Santiago Abascal, has been visibly uncomfortable this Thursday when talking about the ex-Vox spokesperson in Congress Macarena Olona who left politics this summer after being elected a deputy in the Andalusian Parliament. "I am not capable of explaining many things, Federico," Abascal responded after an ostentatious silence in an interview on EsRadio to a question from Federico Jiménez Losantos about Olona, ​​who was shown on social media with Mario Conde on Monday. "Yesterday I saw a photo that was with Mario Conde, a state attorney with a bank robber, our Macarena! What's going on?" Losantos asked.

The president of Vox has avoided polemicizing and has stressed that Olona no longer belongs to the party and therefore "is free to make her life and defend what she wants." "She is a person who has left Vox and I cannot judge what she does," he replied.

In any case, he has acknowledged that he does not believe that Olona is thinking of founding a new party. And if there are other people who contemplate it, he considers that it would only have a place in the Spanish political space "if Vox betrays his proposals", something that he assures will not happen.

In this sense, it has been referred to the statement published by Vox after Olona announced his departure from politics, in which Abascal himself assured that this would always be "his home" and would have "open doors".

However, he recalled that both the party and Olona as a candidate for the Andalusian Government had a "very serious" commitment to "permanence and dedication" with the Andalusian voters after the elections. "I think it is very important that time passes, time heals everything," he has settled on what was the 'number two' of the training in Congress and one of the most visible faces of Vox since his arrival at the institutions .