A World Cup at home to grow

Thirty years after that golden night of August 7, 1992 with a goal by Eli Maragall in extra time, the Terrassa Olympic Stadium is preparing to host another historic event starting tomorrow: its first Hockey World Cup (from July 1 to 17 , shared with Amstelveen, the Netherlands). 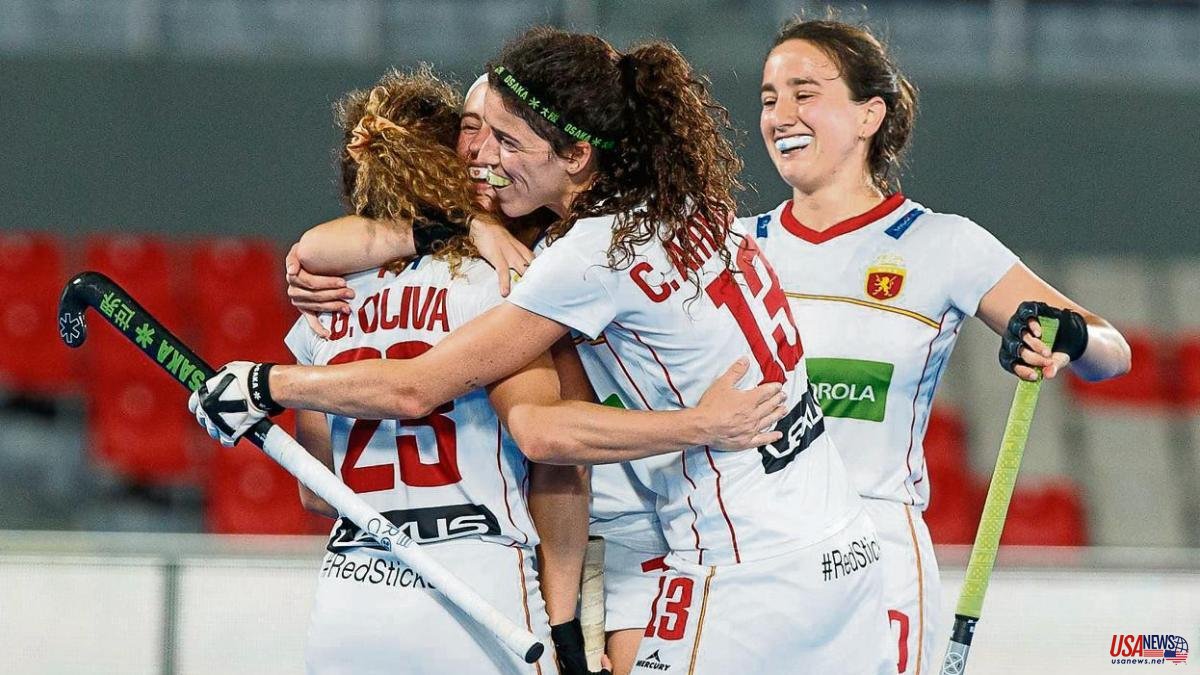 Thirty years after that golden night of August 7, 1992 with a goal by Eli Maragall in extra time, the Terrassa Olympic Stadium is preparing to host another historic event starting tomorrow: its first Hockey World Cup (from July 1 to 17 , shared with Amstelveen, the Netherlands). Half a century of anomaly is corrected, that the cradle of the stick sport in Spain had not organized a planetary tournament. The redsticks, as the Spanish women's team is known, will open the program against Canada (9:30 p.m.), in what they hope will be the first step towards medals and the seed of a new era for women's hockey.

“The World Cup will give visibility to hockey and women's sports; It's a very important opportunity to show the public, people who don't usually watch this high-level sport, what the athletes are capable of, the intensity, the physique, the ability... It's spectacular live”. Adrian Lock, the women's coach since January 2013, is very clear: this World Cup must have a springboard effect for a discipline that has historically been trapped in its strongholds of origin, family and geography, basically concentrated in clubs from Catalonia, Euskadi and Madrid .

Despite the long tradition of hockey in the country, with clubs over 80 years old or a hundred-year-old Federation, its presence in the Spanish sports scene is very small: licenses do not reach 15,000, with some 140 clubs. To get an idea of ​​its dimension, the ubiquitous football has almost 700,000 chips (only players), basketball, 272,000; handball, 90,000...

And compared to other countries, the benchmark of the Netherlands, great dominator of hockey, has 16 times more licenses (251,000), with a population that is only a third of the Spanish. Question of sports culture.

And yet, such a small sport continues to pay off. And more that he wants and that he can give. “We are living a social time in the last 10-15 years, working for gender equality in sport; this World Cup is something that highlights and gives visibility to hockey, a sport that wants to grow and attract more players to practice it”, says Lock, who has been the great transformer of the Spanish team by returning it to the highest level, with the bronze world championship in 2018 and the European bronze in 2019, after a 15-year drought without medals.

In 2012, the team that had been Olympic gold and twice European silver hit rock bottom when they did not qualify for the London Games. The scholarships disappeared and the players had to roll up their sleeves, organize, buy material, train alone... “We were in the pit, without resources at all. That lasted two seasons. We spent two years training a lot, until we qualified for the Rio Games (8th) and that's where the recovery began," explains María López (32), from the Country Club, together with Gigi Oliva, one of the team's captains. .

After a lot of stone chipping, the fruits arrived, the referred bronzes, and Spain returned to the elite: now it is the 8th selection in the ranking. “The medals of the past show what is feasible for them. We have a high-level team, capable of competing against the best in the world, we are in that middle table of 8th-6th, which is very good, but we have evolved the game made over the last 9 years to Tokyo and we have the challenge of entering the top 3 in the world, it is really feasible with the team we have and the way we play”, says Lock, clinging to that “more athletic, which allows certain things” game profile.

Things like daring to defeat a power like Germany to win a world bronze, or thinking about hanging another metal at home. “The objective, although it is not said so as not to be jinxed, is always a medal, and more so in recent years that we have been working hard and very well,” says Maialen García (32), from the Junior, with a license to dream.

“The 2018 and 2019 medals were like opening the can. We arrived at this World Cup already knowing how to play a world semi-final, with experience, and being at home, with the support of family and friends, with all the repercussions, gives us extra motivation. It's not pressure; it is motivation to do something for which we work. In addition, there is an aura around this stadium that gives us a special illusion, ”says the Donostiarra at an Olympic in the scorching June sun.