A Valencian Hercules against the oblivion of history

A few months ago, in the middle of the brawl over Rafa Lahuerta Yúfera's Norway, a Valencian friend drew me a map of the situation so that I could understand it. 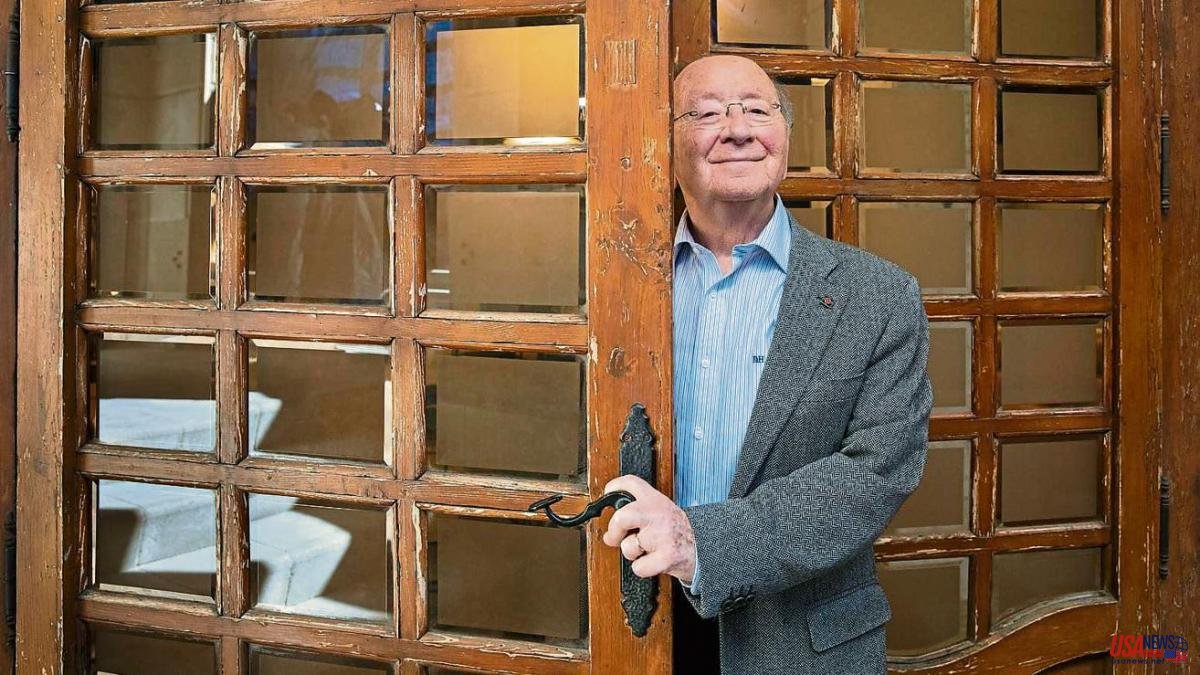 A few months ago, in the middle of the brawl over Rafa Lahuerta Yúfera's Norway, a Valencian friend drew me a map of the situation so that I could understand it. In one of the pages of her book, Lahuerta says that the Valencian schools were a matter of fine people and takes distance from the idea of ​​Joan Fuster's Valencian Country. This had felt very bad and some writers could not see Norway even in painting. “But speak well of Els treballs perduts!” my friend exclaimed.

This novel by Joan-Francesc Mira (València, 1939), published for the first time in 1989, has had a small importance. It is a portrait of the old Valencia –the Valencia of intramuros–. A disturbing transformation was taking place in the 1980s. Many palaces and noble houses were in ruins. A real estate operation had been launched, with the excuse of sanitation.

When you went to Valencia and your friends took you to the Carme neighborhood for drinks, you kept seeing boarded up doors and windows, half-erased posters of old Valencian menestralia businesses that had survived the Franco regime, until the seventies, to give up on those years in which, after the Por el Cambio elections, we headed for the best of all possible worlds.

Mira imagined an extraordinary story. A young scholar, Jesús Oliver, locks himself in his grandparents' house and barricades himself in front of those who intend to demolish it. He wants to reconstruct the order of the world from the work of Francesc Eiximenis, the Franciscan writer of the fourteenth century who already planned a great work to gather all the knowledge of his time. This work had been left incomplete and, according to Oliver, this was the cause of the ills of society.

In order to restore the lost order, the protagonist revived the labors of Hercules from the classical tradition (Mira, in addition to being an anthropologist, is a Hellenist). He did it in the manner of a postmodern sage: Hercules tames the Cretan bull, in Mira's novel the main character cuts his hair in a barbershop where a bull's head is hung which, according to the barber, is the bull's head. Pocapena, who killed the Valencian bullfighter Manolo Granero. The Gerión bulls are bullfighting medals by the sculptor Mariano Benlliure.

What a novel! Full of humor, of well-known details of popular Valencia, integrated into a string of critical adventures on the great theme of Mira's literature: the oblivion of History, the irrelevance of the past, the loss of identity, disappearance. Look, in addition to being an anthropologist and a Hellenist, he is a great writer and the story had many layers. And being written with ferocious gaiety, the erudition was not burdensome.

In the eighties – I met him at the Universitat Catalana d’Estiu where he improvised a very brilliant conference on nationalism – he had curly, red hair, and he looked a bit like the actor Gene Wilder. If you imagine Jesús Oliver as Gene Wilder, with the skin of the Nemean lion on top (in the case of Els treballs perduts it is a hunting trophy that is used as a rug), you will burst out laughing.

Personally, as I was half Valencian, that world was very familiar to me. My father had told me about Granero, about Benlliure, about the great Túria flood of 1957 and whenever we went to Valencia he took me to see the great candy house on Gran Via Ramon y Cajal (with a glass façade full of candies of all kinds). But other friends, who did not have my memories, were also enthusiastic about Els treballs perduts. The authors born in the early sixties were very strict with the previous generation, anti-Francoist, and we always criticized things. Mira had connected with the young people.

Els treballs perduts is the first of three novels about Valencia, a series that continued with Purgatori (2003) to culminate with El professor d'història (2008), in parallel to his great translations of La Divina Comèdia, los Evangelis and L'Odissea . From the euphoria of Jesús Oliver we move on to the disappointment of the History teacher, from the lost order of Eiximenis to the current incomprehensible city. Always with captivating images such as when he compares El Corte Inglés, with its thematic plants, with the infernal circles, or when he portrays the emergency room of a night hospital where junkies go.

I have a weakness for his first books, the first ones I read: El bou de foc (1974), Els cucs de seda (1975) and El desig dels dies (1981), in which he began to articulate his narrative world that connects –a from the autobiographical base – with the memoir volumes El tramvia groc (2013) and Tots els camins (2020). The initial image of the Camino Real with the characters that have passed through history! Borja papa , published in 1996, is a novel that stands out a lot in the landscape of freeze-dried historical novels in recent years. Mira takes a great theme and develops it in a great style, reminiscent of Margueritte Yourcenar.

He has also been a very notable essayist. Trained in Rome, correspondent of the Sorbonne, professor at Princeton, creator of the Museum of Ethnology in Valencia, he has written about the life of the Valencian Moors, Sant Vicent Ferrer, Blasco Ibáñez and about the possibility of a world of nations. He was a committed intellectual, founder of Cultural Action of the Valencian Country. Applause applause and more applause.