A cheering crowd cheered Adnan Syed, smiling, happy to be able to return home at age 41, after more than two decades behind bars and become a national media phenomenon. 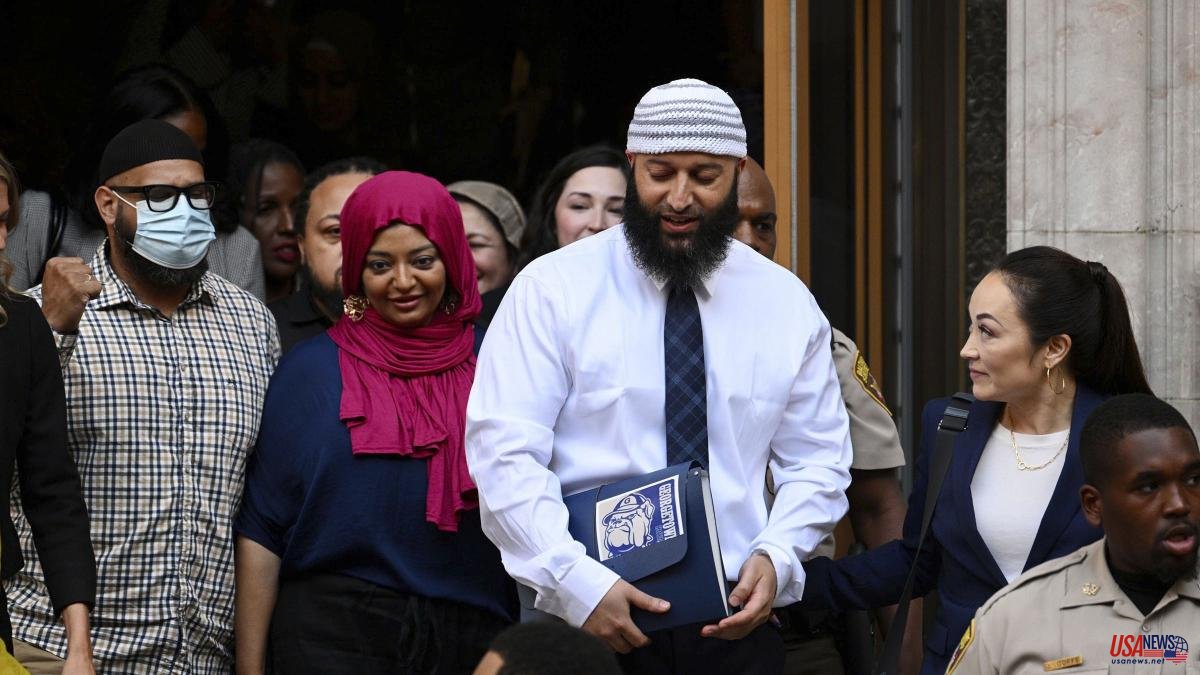 A cheering crowd cheered Adnan Syed, smiling, happy to be able to return home at age 41, after more than two decades behind bars and become a national media phenomenon.

Syed entered the Baltimore court in handcuffs and was released (controlled by a bracelet and headed for house arrest) after 23 years in prison, waiting for a new verdict or, simply, the closure of his case.

His new situation represents the culmination of one of the great achievements of judicial journalism in new formats. A podcast, a delivery by chapters entitled 'Serial' (2014) and a documentary series on HBO in 2019 analyzed his case, interviewed him, moved heaven and earth, looked for witnesses, after a life sentence for the alleged murder of a friend, in 1999.

They found numerous flaws in the prosecution and first defense process, which buttressed the defendant's customary plea of ​​innocence and made it much more than a simple statement. Nor is it so strange in a country where numerous false culprits are detected, especially in matters in which racism or ethnic or religious diversity is mixed. In fact, Syed is of Pakistani and Muslim origin, factors that were used by prosecutors to strengthen the accusation.

All this led to Judge Melissa Phinn revoking that sentence on Monday and summoning the prosecution to decide, within 30 days, whether to request a new trial or withdraw the indictment. It was the prosecution itself that, last week, asked the court to nullify the conviction for the manipulations detected, without ruling on innocence or guilt. At the conclusion of the court hearing, the judge said, "Very well, Mr. Syed, you can go to his family."

Prosecutor Marilyn Mosby recalled at the time, once she heard the decision, that her department has not yet found Syed innocent. She clarified, however, that she had the right to a new trial "in the interests of fairness and justice."

Syed, aged 17, was arrested for the strangulation death of his girlfriend and high school classmate, Hae Min Lee, who was 18. The first oral hearing, in December 1999, ended in a mistrial. But in February 2000, in a new trial, he was sentenced to life for murder.

He always maintained his innocence and worked to try to make it look like it was all a mistake. The prosecution itself has now recognized that during these oral hearings evidence was hidden so that the defense could not use it. Now they have indicated that the result could have been manipulated and that there are two other people who could be the authors of that crime. However, the investigation was not carried out by her department, but by a journalist.

The efforts of Syed and those who believed him reached Sara Koening, a radio producer and former reporter for the Baltimore Sun, who in 2014 launched the podcast, in twelve chapters, in which she detailed and raised questions about how the investigation, the actions of the prosecution and the defense attorney, with which it was raised whether Syed had really been the author. Delivery by delivery, Syed was present in the conversations of the Americans. There was what was called “a cultural obsession”.

In 2016, a court vacated the conviction. He alluded to “ineffective assistance” from his former attorney, who was negligent in reviewing his sponsored's alibi, since he was not interested in the witnesses Syed proposed. In March 2018, a special appeals court upheld the ruling and granted a new trial. But, after a year, the high court of Maryland restored the initial sentence.

So until a week ago the prosecution returned to raise their doubts. The move has pleased many of Syed's supporters once they learned about his affair in detail and started a campaign for his release.

C.Justin Brownn, Syed's former attorney who began representing him in 2009, issued a statement celebrating the decision but regretting that it took so long. “It has been revealed that prosecutors knew there were other possible suspects, but hid that information for more than 20 years,” he said. "Although we don't know how it happened, whether it was intentional or not, we do know it's inexcusable," he stressed.

Not everyone has the same opinion. The victim's family made it clear in 2016. “It is very hard to see how so many come out in defense of someone who committed a horrible crime, who destroyed our family, who refused to assume his responsibilities, and that there are so few who speak in favor of him. Hae”, they said then.

This Monday, Young Lee, Hae's brother, assured that he felt "betrayed", He maintained that "this is very difficult to face, especially for my mother". But he did not oppose a new investigation. “It is very hard to know that someone else who participated in the death of my sister has been out there all this time,” he remarked.

On the other side, Rabia Chaudry, a lawyer and activist, made another statement. “Adnan is my little brother's best friend and like a brother to me. From the day before dawn they took him out of bed, on February 20, 1999, until today, he has always maintained his innocence and my family has totally believed in him.”

Chaudry planted the seed for the review of the case to take place. She was the one who went to the radio operator Sara Koening, explained the loopholes in the matter, which convinced her to make 'Serial', a true success of journalistic investigation.