A US Congressional Delegation Arrives in Taiwan Following Pelosi's Visit

A US congressional delegation arrived in Taiwan on Sunday, shortly after extensive Chinese military maneuvers around the island sparked by a visit by the US House Speaker. 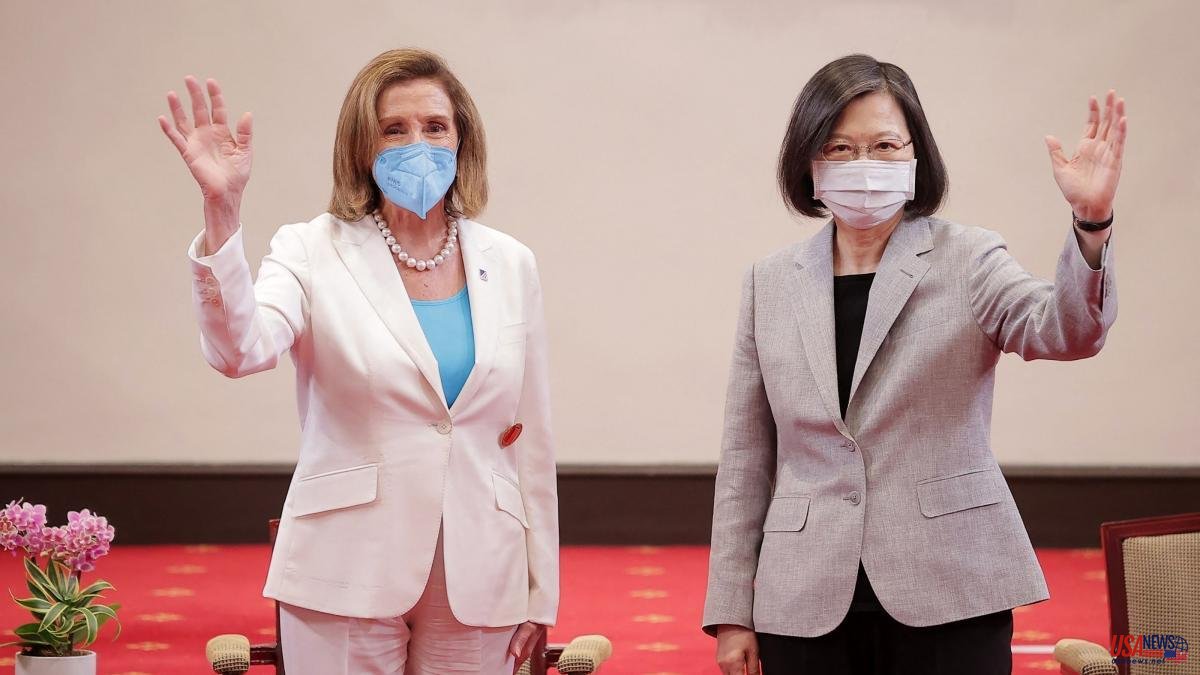 A US congressional delegation arrived in Taiwan on Sunday, shortly after extensive Chinese military maneuvers around the island sparked by a visit by the US House Speaker.

The unannounced visit by five people is scheduled to last until Monday, according to the American Institute in Taiwan, the de facto US embassy on the island.

The trip comes just days after the end of the largest military exercises ever conducted by Beijing around Taiwan, in response to a visit by US House Speaker Nancy Pelosi that had angered China. Taipei accused China of using Pelosi's visit as a pretext for an invasion. In response, the United States reaffirmed its commitment to the region.

The US parliamentarians - a senator and four representatives, Democrats and Republicans - will meet in particular with President Tsai Ing-wen and Foreign Minister Joseph Wu, according to the Taiwanese Ministry of Foreign Affairs. They will discuss "US-Taiwan relations, regional security issues, trade and investment, climate change," the US Institute said in a statement.

Taiwan's foreign minister welcomed the visit in a statement: "As China continues to escalate tensions in the region, the United States Congress has once again sent a high-level delegation to Taiwan, demonstrating a friendship that continues undeterred by threats from China and underscores America's strong support for Taiwan."

China regards Taiwan, with a population of around 23 million, as one of its provinces, which it has yet to successfully reunify with the rest of its territory since the end of the Chinese Civil War (1949). Opposed to any initiative that gives international legitimacy to the Taiwanese authorities, Beijing opposes any official contact between Taiwan and other countries.

Faced with the maneuvers launched by Beijing in retaliation, Taiwan had organized its own exercises simulating the organization of its defense against a Chinese invasion. Beijing only ended its drills after it reiterated its threats to Taipei and said it would continue to patrol the Taiwan Strait.

In its daily update, Taiwan's Defense Ministry said on Sunday that it had detected 22 planes and six Chinese ships operating near the strait. 11 of the planes crossed the median line, an unofficial demarcation between Taiwan and China that Beijing does not recognize. The Taiwan Affairs Office, an agency of the Chinese government, published a "white paper" on Wednesday detailing how the Asian giant plans to take over the island, including through economic incentives.

"We are willing to create a wide space (for cooperation) to achieve peaceful reunification," the document says. "But we will leave no room for separatist actions aimed at pseudo-independence from Taiwan." "Force would be used as a last resort, in compelling circumstances. We would be forced to take drastic measures in the face of provocations by separatists or external forces, should they cross our red lines," the White Paper added. The last White Paper on Taiwan published by China dates back to 2000.

Washington responded on Friday by announcing a strengthening of its trade relations with Taiwan and new air and sea spaces in the strait, in response to China's "provocative" actions.