A triple of a million votes

Make no mistake: since the end of 2021 the PP has come first, with around seven million votes, with a classic strategy; and the PSOE is second with six million, with errant strategies that have weakened the president, his greatest asset. 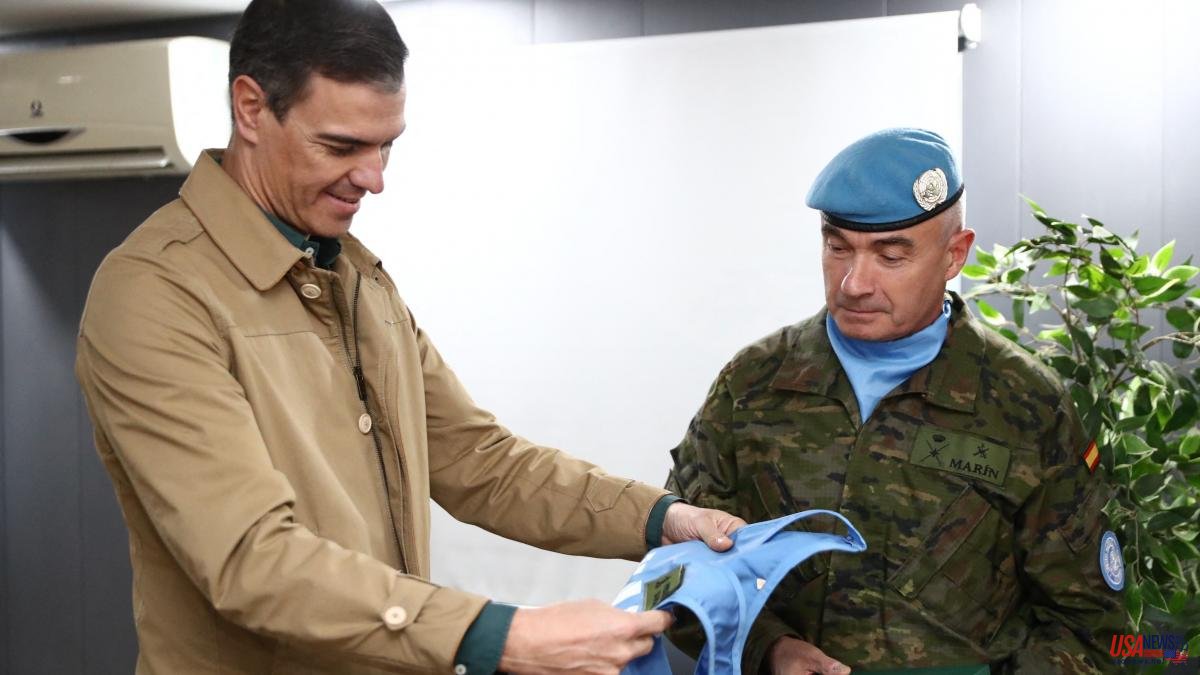 Make no mistake: since the end of 2021 the PP has come first, with around seven million votes, with a classic strategy; and the PSOE is second with six million, with errant strategies that have weakened the president, his greatest asset

2023 will be twelve months of interstellar dust. The last year of the legislature is usually governed by intense and turbulent currents of air that threaten candidates and parties. Feeling prisoners of circumstances, unable to set the agenda for a year plagued by electoral processes. Party in two times: every six months, elections. When Moncloa is really at stake, the government shield dissolves and each block burns. And, to begin with, with a difference between blocks of nine points in favor of the right (46% vs. 37%), the flare not only reaches and burns you, but also takes on a solar dimension. With some black holes for the left, such as the fact that almost 40.3% of new voters are willing to vote for one of the two brands on the right. An unprecedented sign. Even more so in a week in which the Financial Times has confirmed through a study that British and American millennials no longer become conservative as they get older. Add to this point that being 18 does not imply being progressive either.

The existing multiparty system in Spain and the current configuration of Congress is a clear example of this new reality. Voters are born neither left nor right, but people. And they are empowered today in that vision beyond any tradition. Ten years after 15-M, voters no longer militate in parties, not even in the media. The voters militate in their issues. And they are the ones who win over their people. First conquer mine and then me.

But the current of changes does not stop here, when some regional and municipal ones also coincide just before the general ones, the situation is much worse. In these cases we are facing a great sandstorm. A storm that changes direction without ceasing. Pedro Sánchez and Alberto Núñez Feijóo may want to change course trying to avoid it, just like Yolanda Díaz, but, like in Kafka on the shore of Haruki Murakami, the storm also changes direction with you. And this is repeated over and over again. On this point, Pablo Iglesias from the Uni de Otoño was quite right, because under this electoral order, local and regional elections de facto become end-of-term elections against the incumbent president. Measuring the vote of punishment against the vote of reaffirmation. And being able to turn whoever raises his fist as the winner that night into a president waiting... for a clear mandate for the next six months.

That is the final objective: to obtain more than 140 seats. Think and transmit clearly to avoid blockage. The PSOE could reach that figure by adding its deputies to a Sumar with Podemos motor; the PP is in a position to do so only through its logo. That is the outlook for 2023. In a context in which the war in Ukraine continues, the economic turmoil and the future of prices will continue to be decisive, as well as the comprehensive relationship between China and the West, even more so with the outbreak of the virus. , again. And of course there will be surprises and mistakes, the interstellar dust cloud.

Time in politics is always a mirror. The 2023 calendar will mimetic that of our most conventional president, Mariano Rajoy. In 2015, a 24-M was examined in regional and municipal and a 20-D in general, Sánchez will do so on 28-M and tentatively on 10-D. Make no mistake, since the end of 2021 the PP is first, around seven million votes with a classic strategy, and the PSOE is second with six million with errant strategies that have weakened the president, its greatest asset. Where are the Warriors and the Golden State style of 2019? Sure the red team can be first, but they need a triple million vote. A triple that consists of puncturing the balloon of the “anti-Sanchista party”, as before it was the “antiRajoy”, “antiZapatero” or “antiAznar”. Today that balloon touches 50% of the voters. And, beware, the blue team can also shoot that triple and kill the game. The question is simple: in either case, is there someone who knows how to throw it? Don't look up. A sandstorm is never something that is not related to you and your strategies, messages and decisions. Paying homage to the Kyoto writer, the storm is within you. It's you.

Sergio Pascual, former organizational secretary of Podemos, has written a sincere, brilliant book full of recommendations on the microworld of relationships, gestures, and decisions that is professional politics. Very rare in our bibliography. Generous, for example, with Pablo Iglesias, who fired him in 2016. The best thing he learned was how to master context and perspective. How to stop being that monk whose only limits are the geography of his monastery. All success depends on it.

As living in logics and dynamics as absorbing as politics can distance you from true reality, here is a fictional story (which is not) to take the blue or red pill like Neo in the Matrix: "2023, forecast of the Lord Miquel (Jaime father)" narrated by our exceptional delegate in the Valencian Community, Salvador Enguix. The thesis: the victory will belong to those who understand that the greatest political value will be that of solidarity and cooperation with the citizens. The teacher of teachers spoke.