A fifteen-year-old Indian student, who was beaten by his teacher twenty days ago for making a spelling mistake, has died today of his injuries. 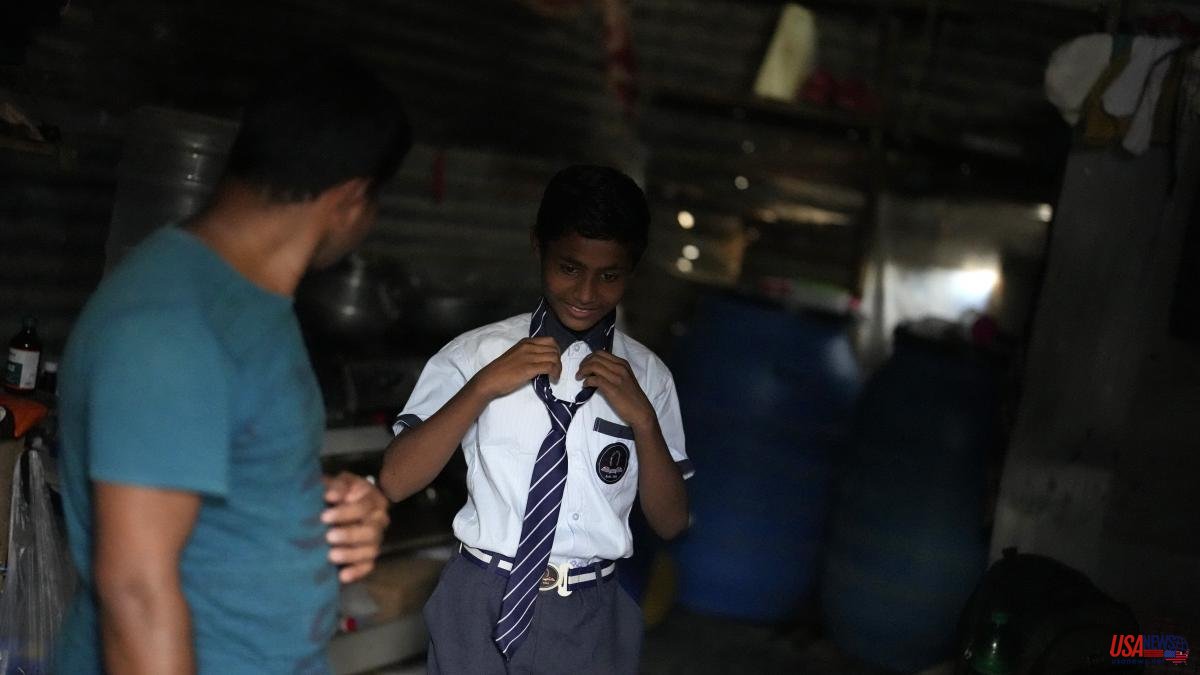 A fifteen-year-old Indian student, who was beaten by his teacher twenty days ago for making a spelling mistake, has died today of his injuries. The teenager was an outcast, the lowest category in the hierarchy of Hindu ritual purity, so his family has been quick to denounce it as a caste crime. The teacher, Ashwini Singh, who is on the run, is said by police to be from a higher caste.

News of Nikhit Dohre's death has prompted members of his caste to riot in his Auriya district, in central Uttar Pradesh and more than two hundred kilometers from his capital, Lucknow. During the protests, militants from the Bhim Army, against caste oppression, have burned two police cars and stoned officers.

According to the family and witnesses, the teacher, from the Adarsh ​​private school, unleashed his violence against the student with the excuse of the Social Sciences exam. In this, Dohre would have crossed out three options of the test, instead of one, in addition to confusing the vowel in a word in Hindi. The madman would have grabbed the student by the hair, before kicking him and subjecting him to sticks, until he lost consciousness.

According to Dohre's uncle, the teacher aggressor not only showed no remorse when he was called to inform him of the teenager's hospitalization, but he replied with a string of new threats and insults to his caste. He agreed, yes, to pay -in two batches- a part of the hospital expenses: 40,000 rupees, equivalent to 500 euros.

The patient was taken from one hospital to another, for unclear reasons, and when the money ran out, the family took him home, still convalescent, and filed a complaint against the teacher. When the police, last Saturday, saw the bad state in which he was, they insisted on transferring him again to a hospital -by ambulance- where he died this Monday.

More than a decade ago, Uttar Pradesh had for the first time a pariah female head of government, Mayawati, whose party, the BSP, has only been able to make a token leap into national politics. During her tenure, hundreds of millions of euros were wasted on building temples in honor of herself, her mentor and the elephants, symbols of her party. However, she also achieved a notable reduction in so-called "caste atrocities" by automatically ordering her investigation to fall to the highest-ranking police officer in the jurisdiction where they occurred.

Much has happened since then and the current head of government of the most populous state in India, with 220 million inhabitants, is a Hindu monk dressed in saffron, who calls himself Yogi Adytyanath, a member of Prime Minister Narendra Modi's BJP. A Hindu supremacist party that, while condemning untouchability, considers the caste system no less untouchable and abhors affirmative action policies. This could be one of the last reasons why the national census, which has been carried out in India every decade, for 170 years, and which was due again in 2021, does not seem to be carried out even in 2023, now without the covid excuse.

Although the BJP takes advantage of Narendra Modi, of "lower" caste, to extract votes from all social strata, its council of ministers is practically taken over by the "higher" castes, while Muslims and Christians - who add up to almost 20% of the population - have been excluded. As a symbolic compensation, the previous president of India -ceremonial position- was a pariah, Ram Nath Kovind, and the current president is an aborigine, Draupadi Murmu, although not an animist or Christian -as in most cases- but sympathizer of the sect Hindu Brahma Kumari.