This Champions League was painted for Real Madrid by miracle. 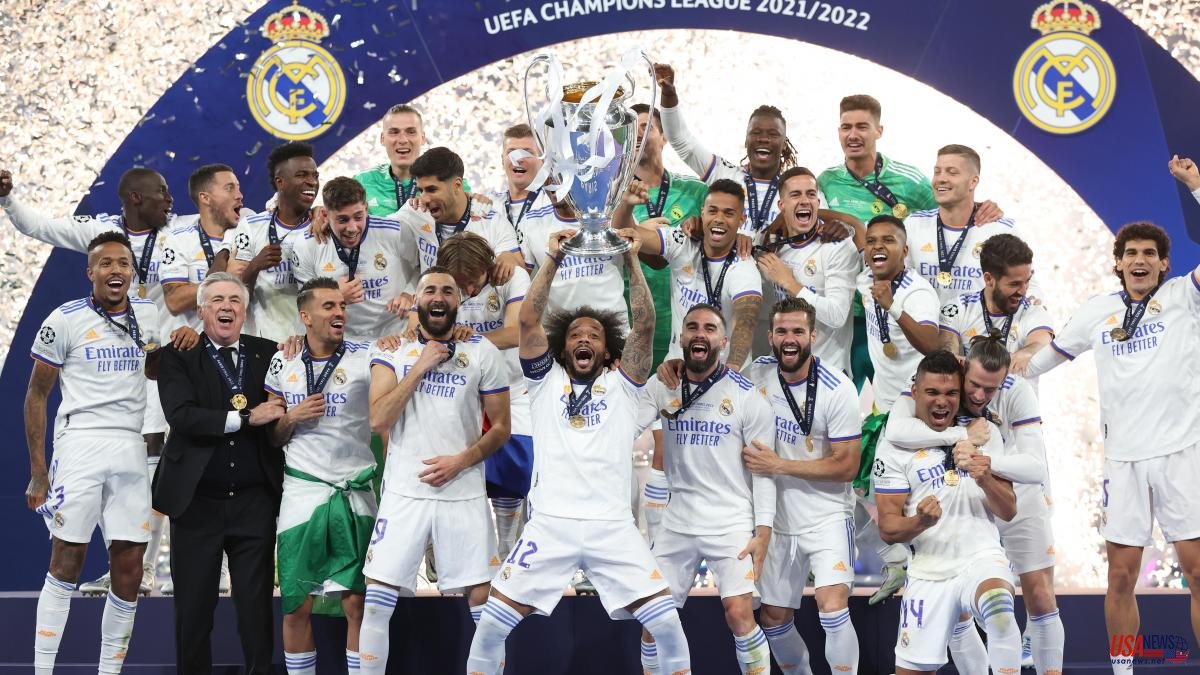 This Champions League was painted for Real Madrid by miracle. The Whites consummated it by beating Liverpool at the Stade de France in a match whose great hero was Courtois, who with his saves sustained Madrid long enough to wait for Vinícius to appear to score the winning goal and give the Madrid the fourteenth orejona and enlarge even more its legend in its fetish competition.

This time Madrid did not need a miracle like against PSG, Chelsea at the Bernabeu or Manchester City. It is true that Liverpool had more weight in the game and better chances but was unable to counter Madrid's trade, a master of playing his tricks to the limit and squeezing his skills. On an emotional level, no one handles himself like this Madrid.

It was not Benzema's game, expected in Paris as the hero who returns. Almost always disconnected from his teammates, he barely had a presence and only finished off in the messy play of the disallowed goal at the edge of the first half.

Madrid was sustained mainly by the saves by Courtois, something that was already experienced in the first leg of the round of 16 at the Parc des Princes, against Messi, Mbappé and Neymar. The Belgian goalkeeper avoided, above all, a couple of goals scored by Mo Salah, well supported by a defense that was once again made up of Alaba and Militao in a network that was very difficult to overcome.

The match had all the emotion expected of a final. There was no excellent game, but there was intensity and a lot of emotion. To be a final, the fouls were very few and the toughest players, read Casemiro, did not gain prominence.

As could be expected, the intensity of the Reds' game overwhelmed Madrid at the beginning, who did not feel comfortable at any time in the first half in which they barely crossed the center of the field but which ended with controversy because the French referee waited two or three minutes the decision of the VAR to annul a goal to Benzema. The goal was annulled according to the regulations for offside in Valverde's pass as he understood that it was a rebound on Fabinho and not a clearance, which would have enabled the French striker.

The staging of Madrid was as expected with Vaverde as the fourth midfielder, but that did not help him to dominate possession. The strength of the English midfielders made Madrid retreat around Courtois very soon and Madrid arrived without a scratch in the first half hour because the Belgian goalkeeper took a close shot from Salah and then Sadio Mané, in individual action, launched the stick which seemed the first goal of the English.

Nor was it too strange that Madrid did not put pressure on the rival midfield. He has been saving part of this Champions League thanks to his defensive strength and in Paris the Militão-Alaba couple functioned with solvency despite the fact that the Austrian returned to the pitch after a month injured.

After the first half hour, Madrid shook off their dominance a bit and took a breather, especially due to Vinícius' internships, who began to connect with Benzema and give Liverpool's defenders work.

The first half ended with a scare for Liverpool due to Benzema's disallowed goal, but the second started with a similar reading. Liverpool came out bossy but Madrid soon began to see a different air and in the 58th they found their goal in a Valverde cross that found Vinícius at the far post, catching the English defense off guard.

The goal encouraged Liverpool, who went with everything for the tie but raised the morale of the white players, Courtois covered the tie again with a great stretch in another shot by Salah and the carousel of changes began. Keita and Firmino entered and Liverpool continued to persist, but increasingly desperate, tired and with few ideas or fewer resources.

Madrid managed the minutes with patience. He cooled down the game and had some against to finish off, but there was no understanding between Benzema and Vinícius and in the end he only dedicated himself to wasting time with defensive changes, Ancelotti giving Camavinga and Ceballos entry. The five added minutes were torture for Liverpool and absolute happiness for a Madrid that ends the season without Mbappé but with a double that they have not won since 2017.

Incidents: final of the Champions League played at the Stade de France before 78,000 spectators. The start was delayed 37 minutes after the assault of hundreds of fans without a ticket, generating a security problem. King Felipe VI witnessed the match in the box of honor.