It has been 25 years since the opening of the Guggenheim Bilbao – it is the 18th. 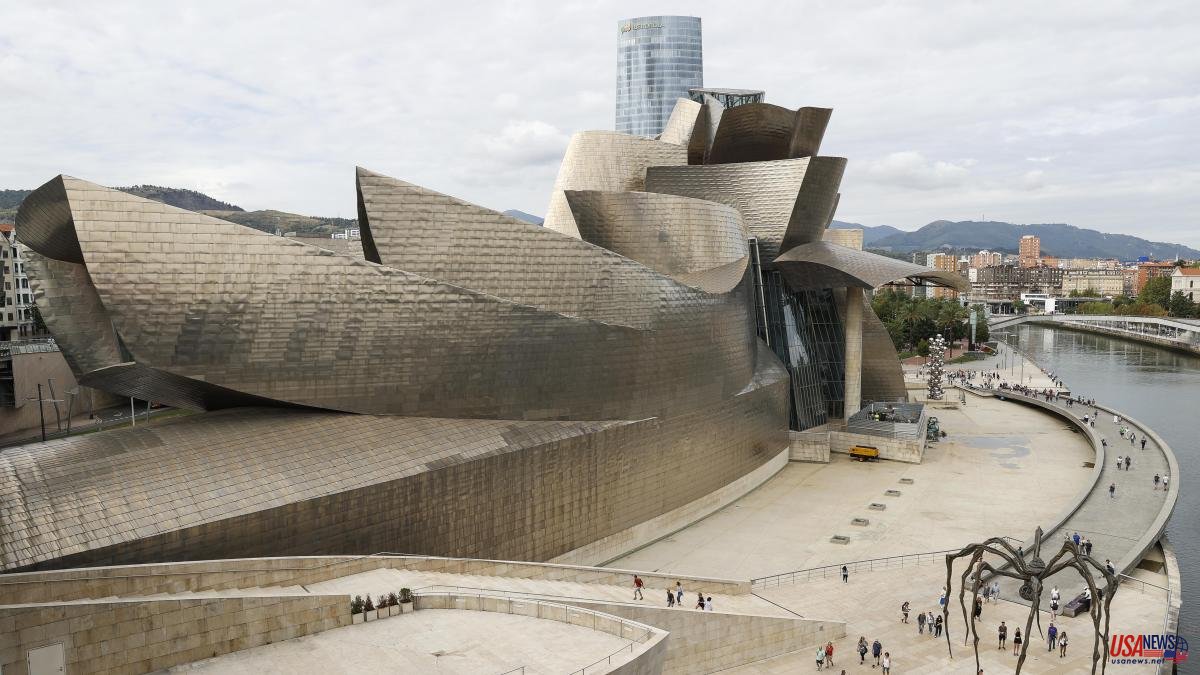 It has been 25 years since the opening of the Guggenheim Bilbao – it is the 18th. The Biscayan capital celebrated the opening ceremony, presided over by the King and Queen, with a heavy heart. There was fear of a terrorist attack. And the criticism had intensified against the Provincial Council of Vizcaya since at the beginning of the 90s it decided to allocate 23,000 million pesetas (140 million euros) to the construction of a Guggenheim-brand museum franchise.

Those criticisms came, in the first place, from the Basque Government itself, which did not see the operation clearly. Also from the local artistic society, headed by the sculptor Jorge Oteiza, with a thunderous character, who branded the project “totally anti-Basque”, fearing that it would “paralyze all [other] cultural activities”. And they came from the opposition: in 1995, with the construction already advanced, the PP candidate for the municipal elections advised "stopping the works" and "putting a bench and a tree wherever you could." A visionary.

To tell the truth, when the operation got off the ground, the prospects for success were uncertain. Bilbao had emerged shattered from the crisis of the 1980s: its steel industry was obsolete. Unemployment had reached 30%. ETA continued to kill as if there were no better tomorrow. The heroin also killed. The Bilbao estuary was "a navigable sewer" (according to the description of Ibón Areso, promoter of the subsequent urban renewal). The discouragement was palpable. The sentence "renew or die" seemed motivated by Bilbao.

Nor were the other actors in the operation buoyant. The Guggenheim Foundation had previously planned to open franchises in other cities –Salzburg, Vienna, Venice–, all of them aborted when their municipalities learned of the cost of the operation. And Frank Gehry, head of the American architectural avant-garde, had turned 65 in 1994 without giving his chest. (He Today he is still active at 93).

Despite all this, the Guggenheim was – still is – an undeniable success, the building of the turn of the century. In its second year it tripled forecasts and received 1,400,000 visitors. Since then it has averaged a million views per year. Motorcycle , the 1998 exhibition dedicated to motorcycles, was the most visited (870,000 people) and the recently closed Motion , starring dream cars, has risen to third place (751,000). Bilbao has been transformed and is today an attractive capital of the tertiary economy. The fumes of heavy industry dissipated into oblivion. Biscay's GDP has multiplied by 2.5 since 1997. The Guggenheim has been a complete success as an urban and cultural revitalizer. A success against the generalized initial prognosis. Be wary of doomsayers.