A step back in the Diada

The celebration of the next Diada de l'Onze de Setembre is not going to get rid of the climate of deep division that exists within the Catalan independence movement. 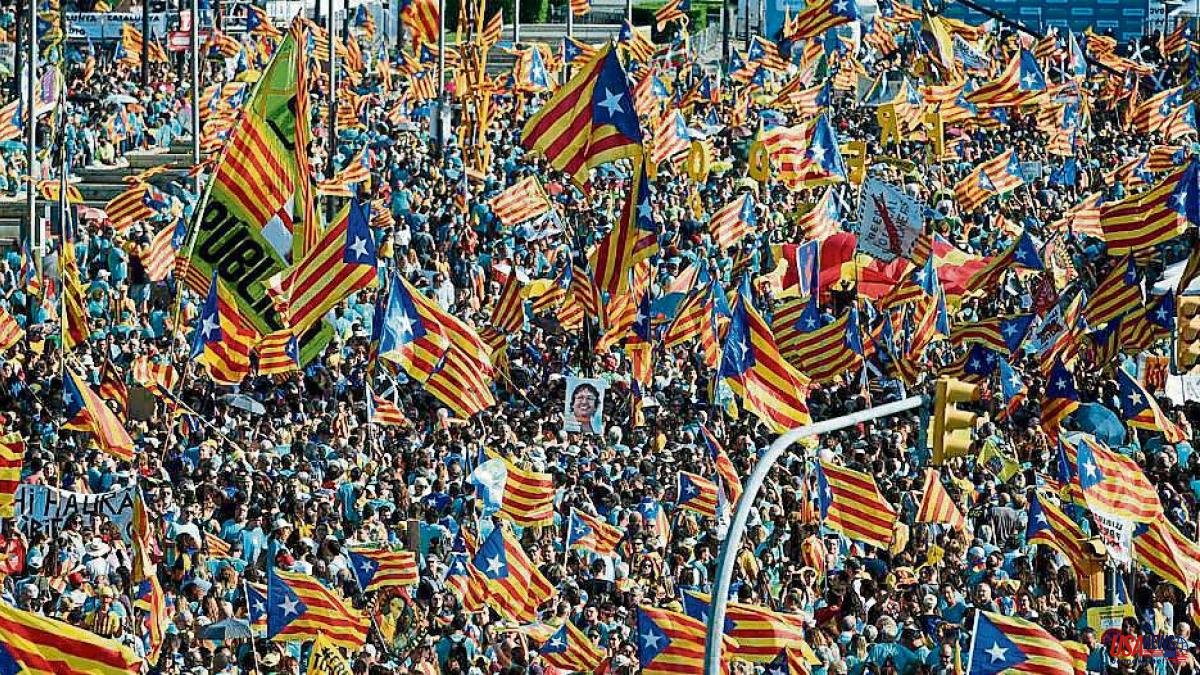 The celebration of the next Diada de l'Onze de Setembre is not going to get rid of the climate of deep division that exists within the Catalan independence movement. How far away those great concentrations that began in 2011 at the height of the procés and that were civic lessons of a great political movement that defended the cause of independence seem to us now. It is no longer a matter of knowing if the organizers will be able to gather a high number of attendees this year, after two editions marked by the pandemic, but to see how far the level of tension between the various independence families reaches. In this climate it is very difficult for the large crowds that were experienced in the past decade to be repeated.

The aggressiveness of some of the organizers of the concentration against the political parties, and especially against Esquerra, is causing the desertion of many militants of this formation, especially the ministers themselves, who doubt whether it is worth attending this year or not. In his decision weighs the memory of 2021, when Pere Aragonès and Oriol Junqueras were booed and accused of "traitors" to the national cause. The president has not yet decided whether he will attend, to which the president of the ANC, Dolors Feliu, has assured in an interview with La Vanguardia that, if he does not attend, it would mean that he "is not involved with independence".

That's the way things are. The vast social majority in favor of the right to decide, which some surveys put at around 80% of the population, has been diluted as the strategists of the unilateral path of secession have been imposing their most radical theses. The result is that that kind Diada of yesteryear where the important thing was to add and add citizens to the movement, without registering any incident and, as it was said as a metaphor, "without throwing a piece of paper on the ground", now gives way to another Diada more tense where the independentistas with a more conservative strategy seem to have no place.

It is, without a doubt, a step backwards that does not help the cause that they intend to conquer.