A stellar Doncic neutralizes the 76 points of Irving and Durant

Luka Doncic shone again with his own light in a big game. 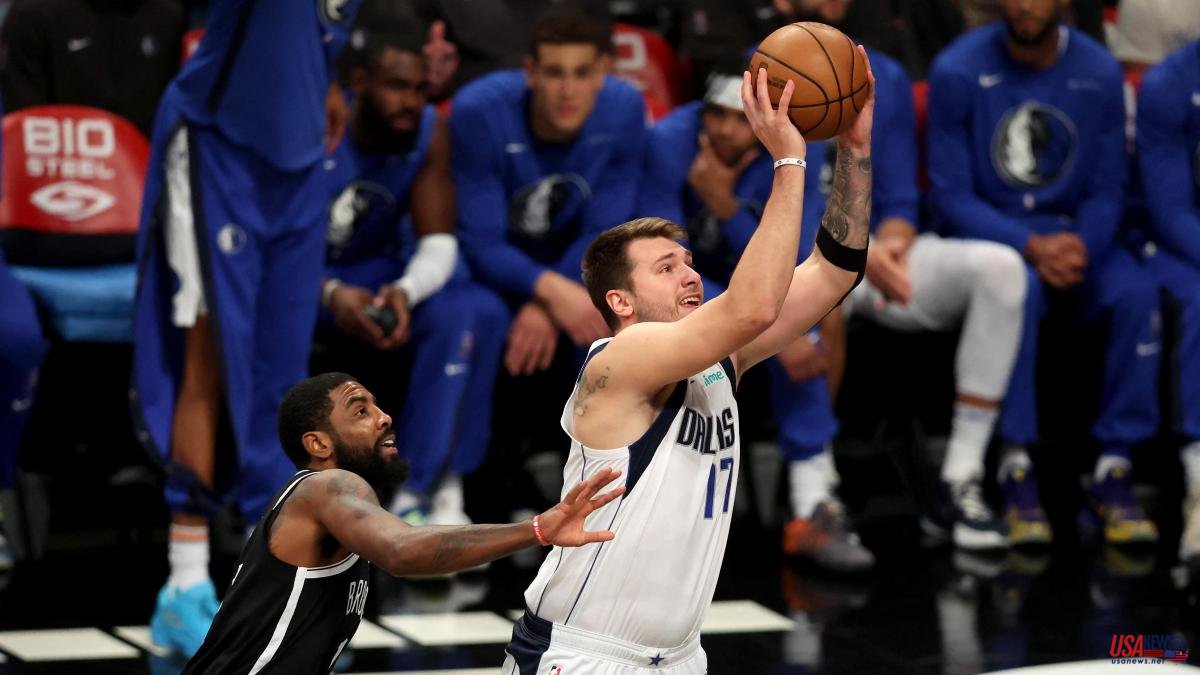 Luka Doncic shone again with his own light in a big game. The Dallas Mavericks star devoured two monsters like Kevin Durant and Kyrie Irving and led his team's victory over the Brooklyn Nets, still stuck in this NBA season start (125-129).

The Slovenian gave a master class in New York, with a spectacular triple-double (41 points, 11 rebounds and 14 assists) to get through a very tight game against the Nets but it is a very valuable victory. The Nets have only added one win in five games.

It is the triple-double number 43 of his career and he is only 23 years old. Also, Doncic becomes the tenth player in NBA history to sign at least three triple-doubles with games of a minimum of 40 points. Never before in NBA history has a player signed a game with at least 41 points, 14 assists and 3 steals.

The former Real Madrid player left some magical plays on the court and defeated Kevin Durant (37 points, 3 rebounds and 5 assists) and Kyrie Irving (39 points, 7 rebounds and 4 assists) in a spectacular duel. The Argentine Facundo Campazzo, who had dreamed that he could return to Madrid, played only three minutes for Dallas and contributed a steal and an assist.

Stephen Curry had 10 points in the last six minutes of the game and was essential to surrender to a fierce and very feisty Miami Heat in their visit to the Golden State Warriors.

Surprise in Oklahoma City, where the Thunder beat a heavyweight from the West like the Los Angeles Clippers thanks to 24 points, 5 rebounds and 6 assists from Shai Gilgeous-Alexander.

The Angelenos, in which Kawhi Leonard was left without playing due to the minute restriction after recovering from his very serious injury last year, Norman Powell was the top scorer (21 points) on a weak night by Paul George (10 points with 4 of 12 shooting and 7 rebounds).

With 31 points (6 of 8 from 3-point range) and 6 rebounds from Desmond Bane, the Memphis Grizzlies took advantage of a Sacramento Kings team that is yet to win after four games played.

De'Aaron Fox (27 points and 6 rebounds) led the Kings while the Spanish Santi Aldama, who started one more night with the Grizzlies, had 4 points, 2 rebounds, one assist, 2 steals and 2 blocks in 30 minutes on the clue.