A 65-year-old Spanish mountaineer and a 40-year-old French woman died this Friday in a collapse of large blocks of ice in the Grand Combin, a massif in the Swiss Alps near Italy, according to local police. 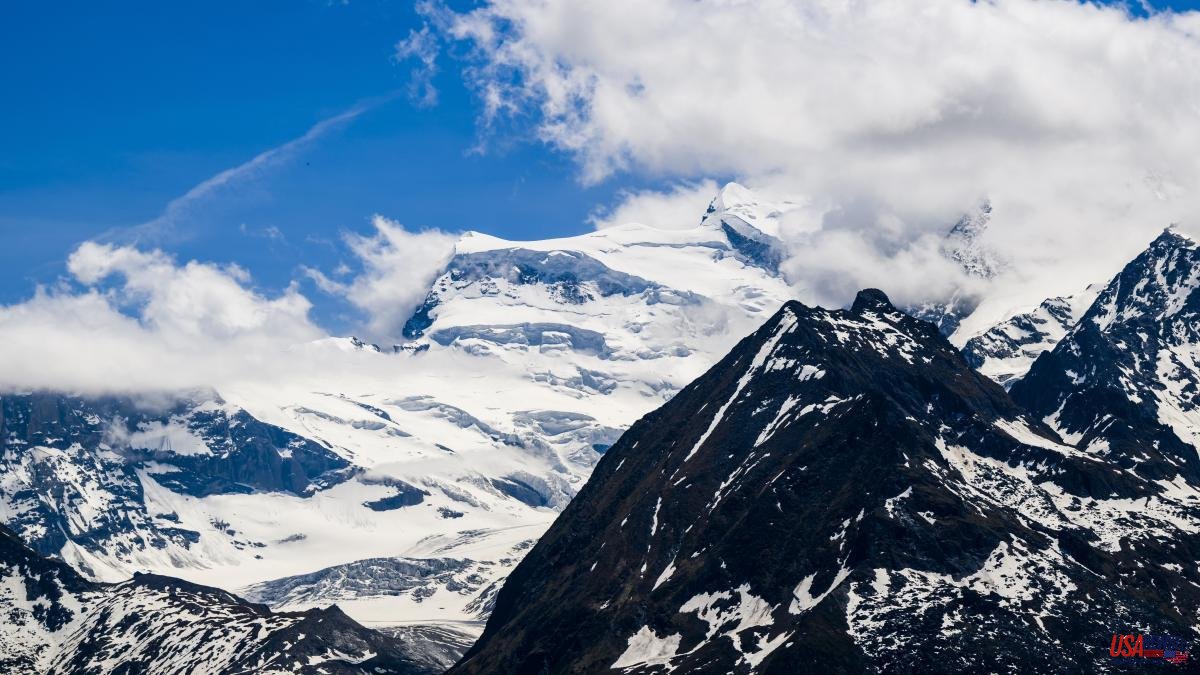 A 65-year-old Spanish mountaineer and a 40-year-old French woman died this Friday in a collapse of large blocks of ice in the Grand Combin, a massif in the Swiss Alps near Italy, according to local police.

Another nine mountaineers have been injured, two of them seriously, in an accident that occurred at an altitude of about 3,400 meters during the ascent to the massif by the so-called "Vía del Guardian", in the municipality of Val de Bagnes (canton of Valais).

Seventeen mountaineers were in the area at the time of the accident, in the early hours of the morning, since the police were alerted at 6:20 local time (4:20 GMT).

Seven helicopters from three local air services have participated in the rescue and evacuation operation for the mountaineers, which transferred the wounded to hospitals in Sion, the cantonal capital, and in Lausanne.

The Grand Combin has a maximum height of 4,314 meters, was first climbed in 1859 and is located in the Pennine Alps, a northwestern sector of the great Central European mountain range shared between Switzerland and Italy.

The cantonal police indicated that although the freezing point in the area is usually at an altitude of about 4,000 meters, it is advisable to exercise extreme caution and not continue the ascent in case of doubt, always consulting the conditions with mountain guards and guides.

Swiss authorities have opened an investigation to determine the circumstances of the incident, according to national television RTS.