Last night, the Catalan candidatures dominated a good part of the new Architecture awards of the Superior Council of the Associations of Architects of Spain, awarded at a gala at CaixaForum Madrid. 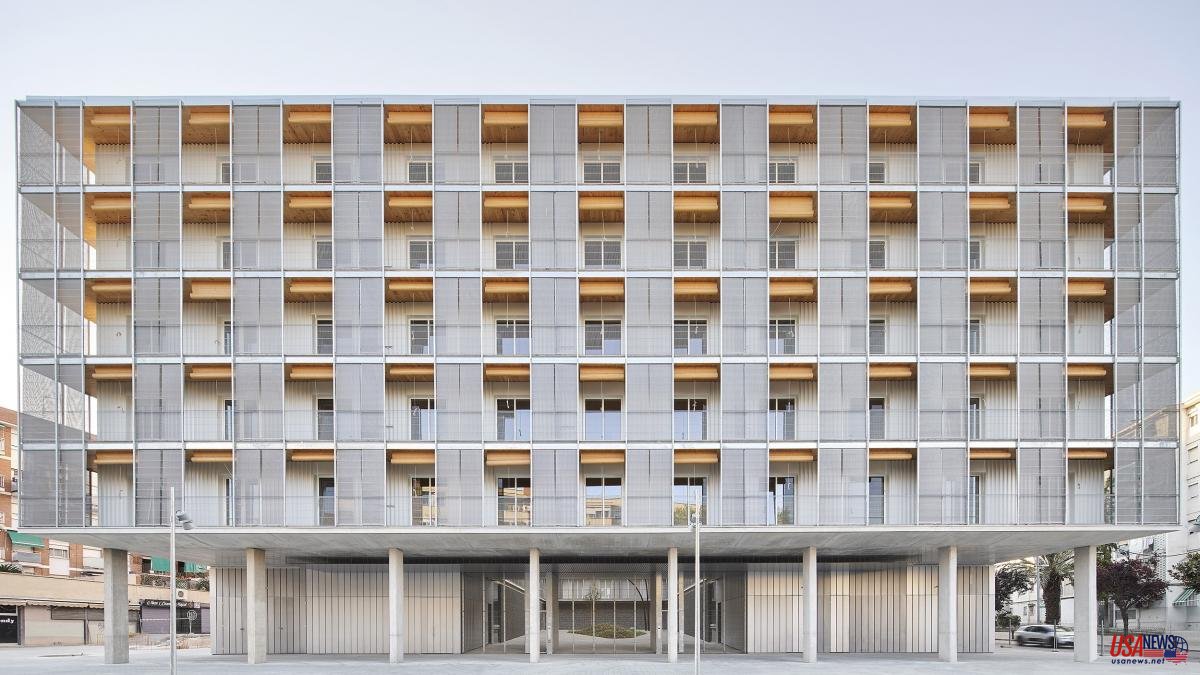 Last night, the Catalan candidatures dominated a good part of the new Architecture awards of the Superior Council of the Associations of Architects of Spain, awarded at a gala at CaixaForum Madrid. The awards, created to focus from now on on an architecture at the service of the health, well-being and safety of people and the sustainability of the planet, include the three great prizes that the entity already awarded – the Medal of Gold to the trajectory and the awards of Spanish Architecture and Spanish Urbanism– and they fell on referents such as Carme Pinós –brand new National Prize for Architecture– or Emilio Tuñón, but also in ecological housing in Girona, social housing in Cornellà, a converted church in Gironella in a performing arts space or an agro-city project in Ivry-sur-Seine carried out by the Barcelona studio Archikubik.

Prior to the ceremony, this year's great award for career had already been announced, the Gold Medal for Architecture, awarded ex aequo to Carme Pinós from Barcelona and Carlos Puente from Bilbao, "two committed ways of practicing the profession that reflect the importance of quality architecture”, and the other nine awards were announced yesterday. The one for Spanish Architecture went to the social housing erected in Cornellà by Peris Toral Arquitectes, which, according to the jury, "make an effort to enable a sense of community for users" and reduce the carbon dioxide footprint by 55% compared to to a conventional equivalent building.

The Spanish Urbanism award went to the Barcelona studio Archikubik for its Gagarine Truillot Agrocity project in France, "a paradigmatic example of comprehensive urban regeneration of a working-class housing neighborhood near Paris" that "supports the introduction of the circular economy and authentic agricultural landscapes in the urban environment. In addition, the new prize for Permanence, destined for the validity of projects that complete 20 years of execution, was awarded to Lecture Hall 3 of the University of Alicante, by Javier García-Solera.

Six new prizes based on the values ​​of the works were also awarded. The Sustainability and Health award went to the conditioning of the public spaces of the Esplanade del Horizonte in Porticelo, Pontevedra, by Maria Fandiño Iglesias, which illustrates “a new way of working with the territory and the landscape in line with mitigation and adaptation strategies to climate change”. The New Bauhaus award for cultural and artistic values ​​went to the Helga de Alvear Museum of Contemporary Art in Cáceres, designed by Emilio Tuñón.

The Commitment to social and ethical values ​​award went to the 6x6 Block in Girona, by Ramon Bosch and Elisabet Capdeferro, built in cross-laminated wood and which reduces the carbon footprint throughout the building's life cycle.

The Profession award went to the UCI-Covid Building in the Parc Sanitari Pere Virgili in Barcelona, ​​by Patricio Martínez, Maximià Torruella and Luis Miguel Gotor, “a very good example of the suitability of architecture in providing an efficient response to exceptional social needs through good planning and technological innovation”.

The Habitat award went to the Son Caulelles geriatric residence, in Portol, Mallorca, by Santiago Vives, Tomás Montis and Adrià Clapés, for "creating spaces for coexistence with great attention to environmental quality".

Finally, the Re award for rehabilitation, renovation and regeneration went to the Espai Santa Eulàlia de Gironella, by Carles Enrich, which has transformed the old church into a cultural center.