A rogue and nocturnal Barcelona

Big cities do not have closing hours. 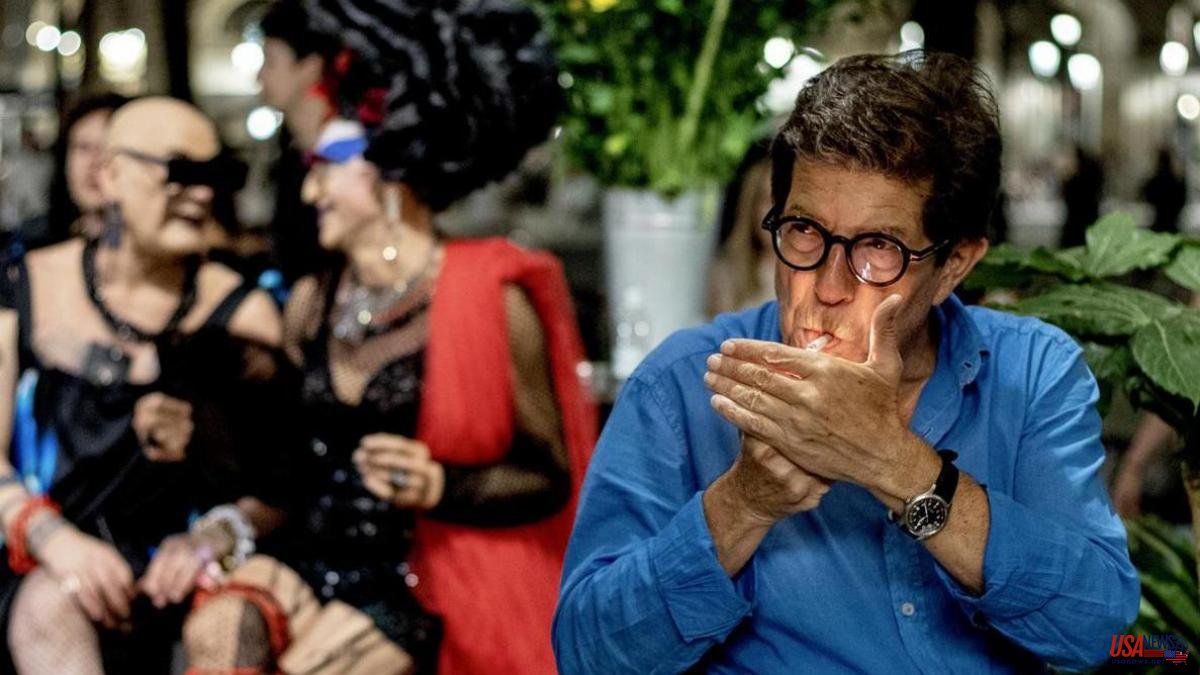 Big cities do not have closing hours. They are always alive for those who want to live them and awake for the most awake. And Joaquín Luna (Barcelona, ​​1958) has enjoyed the nights of a few: Tokyo, Paris, Bangkok, New York…And Barcelona, ​​finally, European capital of rogue nightlife during the 70s and 80s; and dazzling cosmopolitan magnet in the early morning Olympics of the 90s.

Luna revisits her temples with treachery and sharp observational skills and tells us about them in her very personal Barcelona Castilian, a living language in the early mornings of this capital that never tires of mixing them.

With him, we enjoy the night and its creatures: rats that shy away when paying; jackals on the lookout for the reckless night owl and vultures waiting for the gazelle to return home alone after a few drinks... And Luna himself, who knows one more creature and recounts himself and his adventures with precision that is not devoid of tenderness.

That's how we danced with him and the bare-breasted Thai woman from the cabaret to which his father's friends took him in the rogue and mischievous post-Franco Barcelona; she throws us out of the chair with blows, between the laughter of the distinguished, the gigantic penis of the fakir of "Bagdad"; we appraise the exits of the Catalan swingers clubs, of Barcelona and counties; or we feel like Rainier of Monaco the day they did not let him enter the “Up

The prince ended up putting it on, but it was worth it, because, now in the select “Up”; Now on the casual “Down” he was able to alternate with Pink Floid, Jack Nicholson, Kim Basinger or Mick Jagger or Kevin Costner, whom we saw dance on “Luz de Gas”. With the round that Luna pays we go through the “Bikini” mini-golf in the 90s, reformed for the continuous dance to three tracks, salsa, Spanish pop and soul; the “Zeleste”, in all its phases; and, assuming that not even Luna knows them all, “Les Trois Mallets” in Paris; those of the Ginza district of Tokyo, where the intercourse lottery is followed in respectful silence; the “Nuba” of Sarrià or the Nasty Mondays of the “Sala Apolo” of Paral.lel.

The Spanish night, Luna tells us in a sociological aside without giving up cigarettes, because then they allowed smoking at the bar, was an invention of the baby boomers, which reached its peak between 1980 and 2000.

More debatable is that, as he maintains, it came to an end with the heyday of millennial values ​​and, in general, with the generalization already in this century of the cult of health, rest, exercise and the demonization of alcohol.

It is true that nightlife, persecuted with Victorian viciousness in the Franco regime, is once again suspicious and guilty without judgment for the goodist rigorism that considers boredom an indispensable part of a healthy diet.

But for a Luna, sometimes twilight, the Barcelona night's days are numbered –and well numbered in his book– and he must be right in that where there were glorious bars like “Nick Havana”, “El Abanico” or the prodigious “ Up

As Ausejo points out in one of the rounds, describing the dazzling rise of the Omm at the beginning of the 2000s: in Barcelona we have hotels, some of the best in the world, with dazzling premises, staff and services ready to become incomparable settings for new nights endless.

And in the hotels, nondescript tourists repeat ordinary circuits; but also passionate adventurers willing to become creatures of the reborn Barcelona night. Perhaps Luna will soon find with them the experiences and stories for a new book.