The purpose of Brexit, according to its apostles, was for the United Kingdom to "regain control" of its politics, its economy, its laws and its borders, free from the shackles of the European Union. 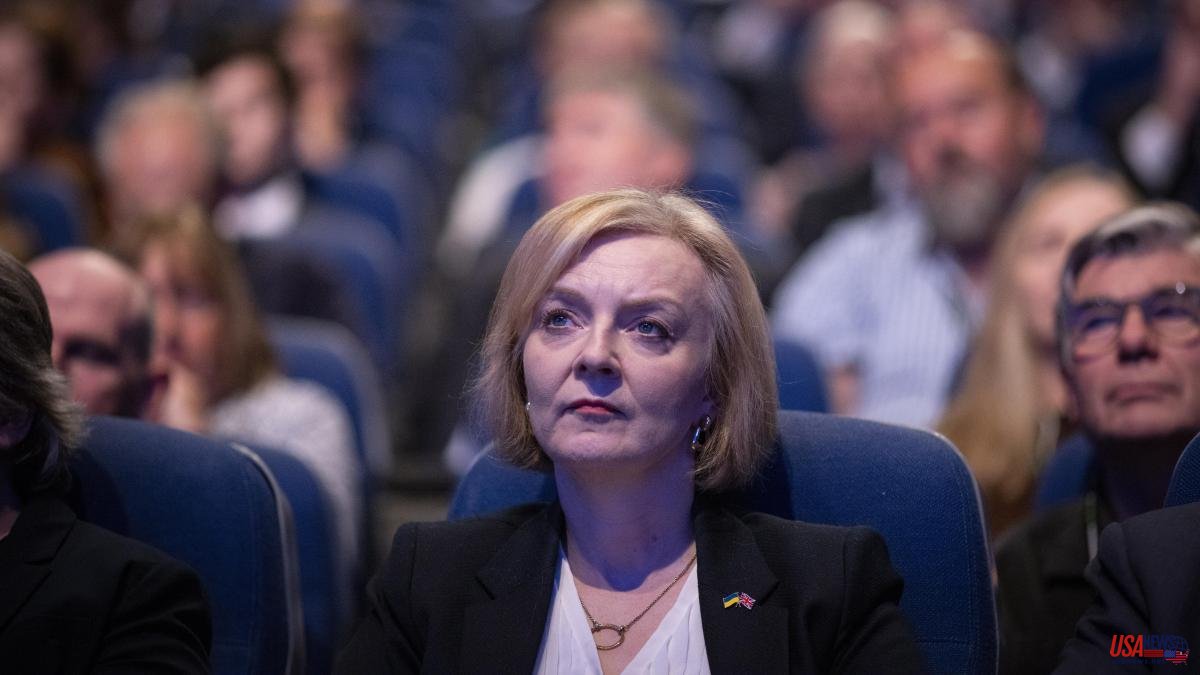 The purpose of Brexit, according to its apostles, was for the United Kingdom to "regain control" of its politics, its economy, its laws and its borders, free from the shackles of the European Union. Six years later, the British Government has lost control of everything, and yesterday, pressured by the markets, it was forced to backtrack on the measure that had become the banner of its revolutionary program: the elimination of the tax rate of 45 % to the largest fortunes in the country.

Not only in reverse, but also on full throttle, because the car was about to go off the cliff (it still might). “In whose head is it possible to lower taxes on the rich at the same time that social benefits for the poor are reduced in real terms, the budgets of all ministries are cut and austerity returns in full? –asked yesterday in the halls of the Conservative Party congress a veteran deputy who has served in several administrations–. In what head fits a fiscal policy that fuels inflation and raises interest and the cost of mortgages, in the midst of the cost of living crisis and with electricity and gas prices in the stratosphere?

It fits on the head of Prime Minister Liz Truss, a libertarian described by those who have reported to her in the Foreign Office and other ministerial portfolios, and by Commons MPs, as "so arrogant and self-confident that she is incapable of admit that you were wrong." He didn't do it after the backlash to his tax plan (the biggest tax cut in half a century), or the pound sterling crashing (it has already made up most of the lost ground), or the Bank of England would be forced to buy bonds to prevent the collapse of pension funds. The same Sunday she assured in a series of interviews that she would stay the course, unpopular as she was.

But although she is unable to admit that she was wrong (both in substance and in form, by not justifying how she would compensate for the lost income with the tax reduction), her own party has forced her to rectify after a poll attributed the Labor a thirty-three point lead in the polls, which would translate into an absolute majority in elections to be held in January 2025 at the latest. A significant part of the Tory parliamentary group threatened to vote against his measures, and they did not He has no choice but to back down. Still, his position (and that of his finance minister, Kwasi Kwarteng) is so precarious that an attempt to get rid of it at the first opportunity is not ruled out.

“What a day!” exclaimed Kwarteng as if to take the iron out of his speech at the Conservatives' conference, normally a vehicle to publicize new policies and build support, but this time a kind of funeral. Never in the country's history had a government shot itself in the foot so soon (less than a month after coming to power) and so spectacularly. The cure will not be easy.

Truss and Kwarteng have been forced to swerve "because of turbulence", but neither Truss nor Kwarteng admit to driving the car into the ditch. The Chancellor of the Exchequer (pompous title given to the head of Finance in this country) insisted yesterday that "the answer to the country's ills and the only way forward is growth based on lower taxes." “With already sky-high energy bills, the aftermath of the pandemic, war in Europe, the heaviest tax burden in seventy years, glacially slow supply chains, and stunted GDP growth around the world, frankly, there is no other alternative,” Kwarteng said.

Mea culpa, very little. The Minister of Economy only dedicated a paragraph of his speech to the economic chaos caused by the Government in recent days, to say that "we have listened with humility to the criticism, but what it is about now is to move forward, without further distractions and get results." The richest will not have their tax burden lowered, but the rest of the measures in the package remain in place (reduction of the basic rate by one percent, annulment of Johnson's increases in Social Security rates and the corporation tax, abolition of caps on bankers' bonuses).

Liz Truss will risk what remains of her reputation tomorrow, with her closing speech at the Tory conference. Although the party has an uphill battle to win the next elections, the objective of the deputies is to minimize the margin of hypothetical defeat in order to maintain their seats in a majority system. So they don't want any more craziness and experiments that will scare the markets and anger voters. Her problem is that first impressions tend to stick, and it's going to be very difficult for her to shake the one that wanted to lower taxes on the rich while cutting subsidies for the poor and increasing the cost of mortgages for the poor. middle classes. That of total incompetence and a lack of tables that has led international institutions to treat the United Kingdom as an emerging country. To the absolute loss of control, in short.