A radical transformation: this is how Xavi has changed the locker room

An exact month ago, FC Barcelona won 1-4 against Real Sociedad. 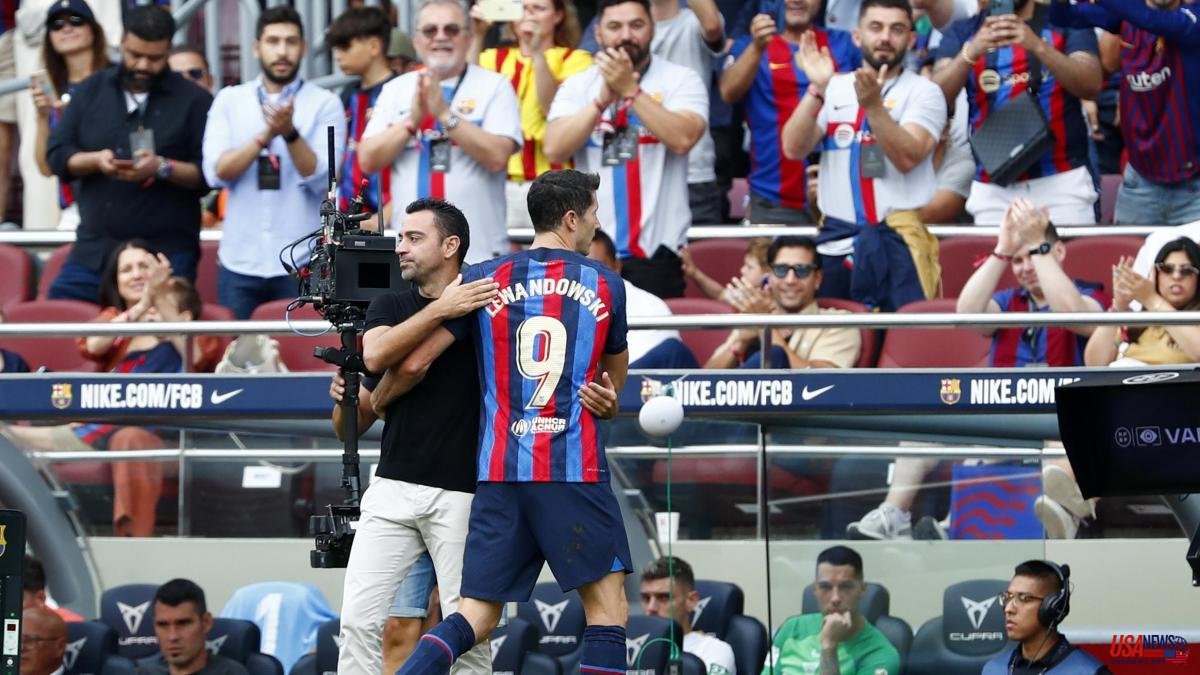 An exact month ago, FC Barcelona won 1-4 against Real Sociedad. In San Sebastián, for the first time none of the four captains of the squad appeared in the starting eleven. It was the staging of the transformation that the Blaugrana dressing room is experiencing. Xavi has aired the sacrosanct space and has made it level up with his transfer requests (almost all satisfied) to end up shaking the hierarchies with the aim of reaching a new balance. The coach knows that some of these decisions are difficult (some of those involved are friends, former teammates and club legends), others are daring and some are unpopular, but he considers them all necessary. Only in this way, he understands, will Barcelona be able to get out of the impasse into which it had entered.

Since Xavi left as a player, in 2015, with the Berlin treble under his arm, no more football Champions have arrived in the museum's showcases. But it is that in the last three courses only one Copa del Rey has been raised. No big title. The moment matters when making the diagnosis and accepting the measures. In this case it helps. Just like the figure of Xavi, champion of everything, with a lot of influence on the people at home and even key in some signings from abroad. The one from Terrassa has the moral authority that Valverde and Setién did not enjoy and the confidence of Laporta (it did not happen with Koeman).

Undisputed and almost untouchable starters for a decade (or more), the Barça captains have seen how their role has changed and their participation has ceased to be a backbone. In eight games, Piqué has only started once (19% of the minutes), and Alba, twice (30%). Xavi's idea is to get everyone involved but some of the veterans feel cornered. There comes a time in a footballer's career when the young man behind him overtakes him. He is hopeless. So there are two options: be elegant or be run over. In those are Piqué and Jordi Alba. Koundé and Christensen arrived to speed up the transition with the central defender, whom Xavi notified in the summer, and the emergence –after a great pre-season– of Balde. The Egarense has been fair to the kid, still with a subsidiary file, who has already given two assists to Lewandowski. The attitude of both (too passive) on the bench is under scrutiny.

Prepare the future. A close friend of Busquets, Xavi is aware that the midfielder's (34-year-old) idea is to finish the remaining year of his contract and not renew it, in order to seek retirement in the United States. The coach considers the captain basic (he is going to go to the World Cup) but wants to take care of him to extend his performance until June and he is taking care of him (426 minutes, 60%). That allows Frenkie de Jong to roll around in the position. The Dutchman's good game against Elche has convinced him as a pivot. The future is yours.

Only four players already exceed 600 minutes. It is no coincidence that they are one per line, the ones that guarantee style, safety, creativity and completion. They are Ter Stegen, Araujo, Pedri and Lewandowski. There you can also see the spirit of renewal, the German is the only one who has spent more than four years and 100 games in the first team. The rotations are being constant and promote competition to the fullest, like that of Gavi and De Jong in midfield, or like that of the wingers up front. Everyone wants and can play: Memphis was the last surprise and responded with a goal.

Xavi has gotten wet and has positioned himself publicly in several cases and is giving them confidence when it comes to dividing the games. He gave Marcos Alonso the Munich meeting, the most important to date, for example. Christensen has always started in the Champions League. As little as he can, Xavi moves chips so that Koundé leaves the band and plays central as the Frenchman prefers. Raphinha (400 minutes, 1 goal) is mixing well with Dembélé as wingers and Kessié, one of the least he is playing with, has already scored and usually enriches when he comes out for refreshments.

The good predisposition of the Polish striker upon his arrival can be seen in his mood. He wants to help on and off the field. That's clear. He is a winner, a great scorer and a star with the soul of a leader, but he has won over the people on the coaching staff because of his willingness to make things easy. At 34 years old and looking for a new challenge, he has not stood out for his demands but for his normal behavior and naturalness in accepting technical decisions. In a month, Lewandowski has already rested once from the start and on two occasions they have saved him a few minutes at the end of the match. His numbers (11 goals) have not suffered for it. What's more, against Elche he retired – without a hat-trick – with a smile, greeted everyone and sat down to see his teammates. Not a bad face on the bench (you just have to remember Luis Suárez) and without making it a matter of state to know if the substitution was agreed upon. Nothing to do with the previous regime where the power of the cracks was uncomfortable for the coaches to act as coaches.