The Coresys Health company, which works on the development and manufacture of monitors for the detection of sepsis in hospitalized patients, has been the winner of the Creatic Award for the best business initiative in the field of technology and innovation. 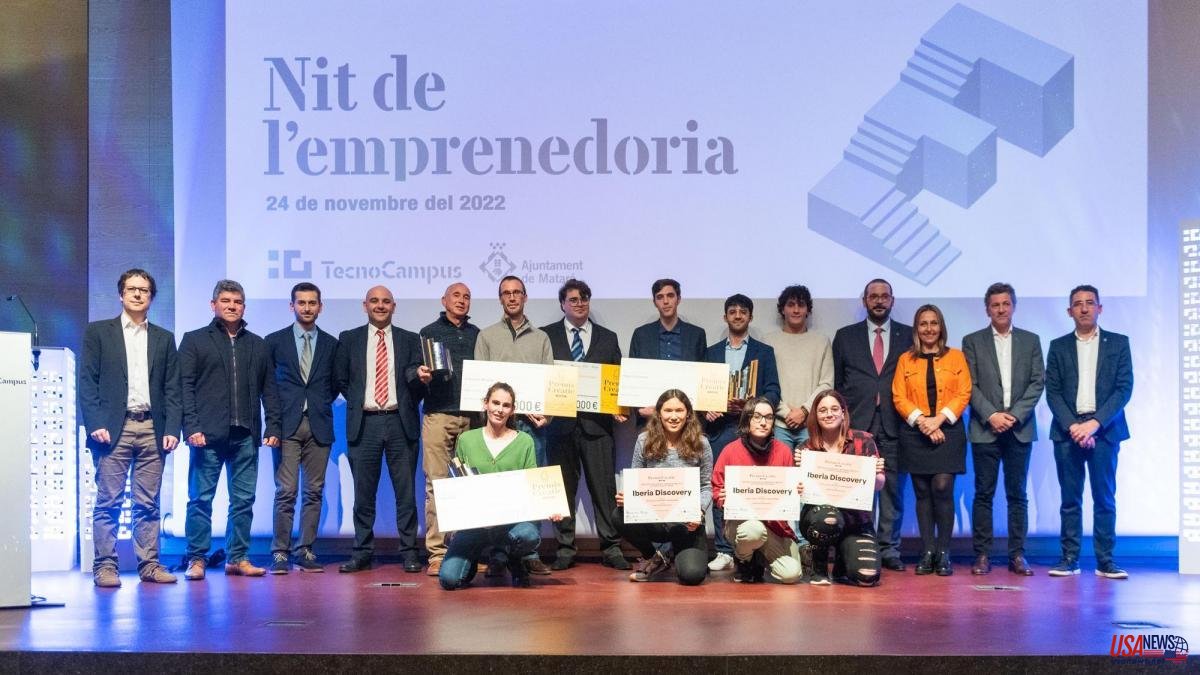 The Coresys Health company, which works on the development and manufacture of monitors for the detection of sepsis in hospitalized patients, has been the winner of the Creatic Award for the best business initiative in the field of technology and innovation. Presented by James Marugg and Erik Weber Jensen, the winners receive 12,000 euros and a bonus stay in the TecnoCampus incubator for one year.

This is one of the Creatic awards that were delivered this Thursday as part of the Entrepreneurship Night held at the TecnoCampus. The event, which brought together some 300 people, included as a novelty the first edition of the Antena TrenLab awards.

During the evening, a total of seven projects were recognized: three corresponding to the Creatic awards and four to the Antena TrenLab awards, which will allow their promoters to enjoy financial aid and business acceleration programs to bring their solutions to market

In addition to the Coresys Health award, last night it was learned that the award for the best project with social impact (6,000 euros and a subsidized stay in the TecnoCampus incubator for a year) went to Hoop Diabetes, a project focused on the design of medical devices for the improvement the quality of life of people with diabetes. It is a project by David Reyes and Àxel Rico.

The Prize for the best initiative led by women (6,000 euros and a stay in the TecnoCampus incubator for a year) went to Sweanty, a start-up run by Anna Llorella and Laura Ortega that offers a solution to prevent dehydration in athletes through analysis of sweat.

Additionally, two projects presented by students were recognized. The university entrepreneurship award went to Albert Loma, Aitor Garcia, Jan Cano and Eric Fradera, for the White Jacket project, an innovative technological solution in the form of a wearable for blind or visually impaired people.

The best entrepreneurial project in the field of vocational training went to the students Carol Lozano, Elsa Mena and Maria Molleví, from the Escola Pia Santa Anna, for the Iberia Discovery project, a video game with a historical theme from Spain about events that took place between the years 1875 and 1975, applying gamification in learning.

During Entrepreneurship Night, the Antena TrenLab Awards were awarded for the first time, to projects that respond to the three operational challenges. The prizes are endowed with €40,000 each, and the disruptive challenge with €30,000. Thanks to this endowment, the four companies will participate in a six-month acceleration program that includes the possibility of testing the solution in the territory of Mataró and Maresme.

In this case, the “Smart Railway Station” Operational Challenge award went to CACTUS, from Israel Blanco, for a proposal for a network of IoT devices and a sustainable technology platform with the ability to provide information of interest to passengers in real time.

The “Customer Happiness” Operational Challenge fell to Wipass, by Mariam Ayadi, which proposes to unify digitization and accompany the user from the beginning to the end of their journey, offering a unique experience connected with Renfe. And, in turn, Renfe will be able to obtain relevant information on the experience, interaction and satisfaction of travelers, once the service ends.

The “3D Rail” Operational Challenge was for Drukatt, who has presented an innovative project in the manufacture of industrial spare parts through design and additive manufacturing, training and integrating professionals from the territory. Presented by: Israel Arias.

Finally, the Disruptive Challenge “Keep it Open!” It was for Hypervisoul, by José Triano Romero, which proposes to adapt its traffic management system to operate fleets of light and automated vehicles on rural railway lines and create on-demand transport services for travelers.

In addition to the companies that act as patrons, the initiative is supported by the Diputación de Barcelona, ​​the Generalidad de Cataluña, through the Secretariat of Digital Policies and the Agency for the Competitiveness of the Company ACCIÓ. Also collaborating are the Mataró and Maresme New Information and Communication Technologies Business Group (GENTIC), the Independent Association of Young Entrepreneurs of Catalonia (AIJEC), EURECAT, the Federation of Maresme Business Associations and Guilds (FAGEM) , the Association Don't un Impulsa, the Chamber of Barcelona, ​​BANC and PIMEC. It also has the support of the European program Start For Future, promoted by EIT Manufacturing