Italy brings to light an unpublished canvas that, although its authorship is not confirmed, everything indicates that it could be a Picasso. 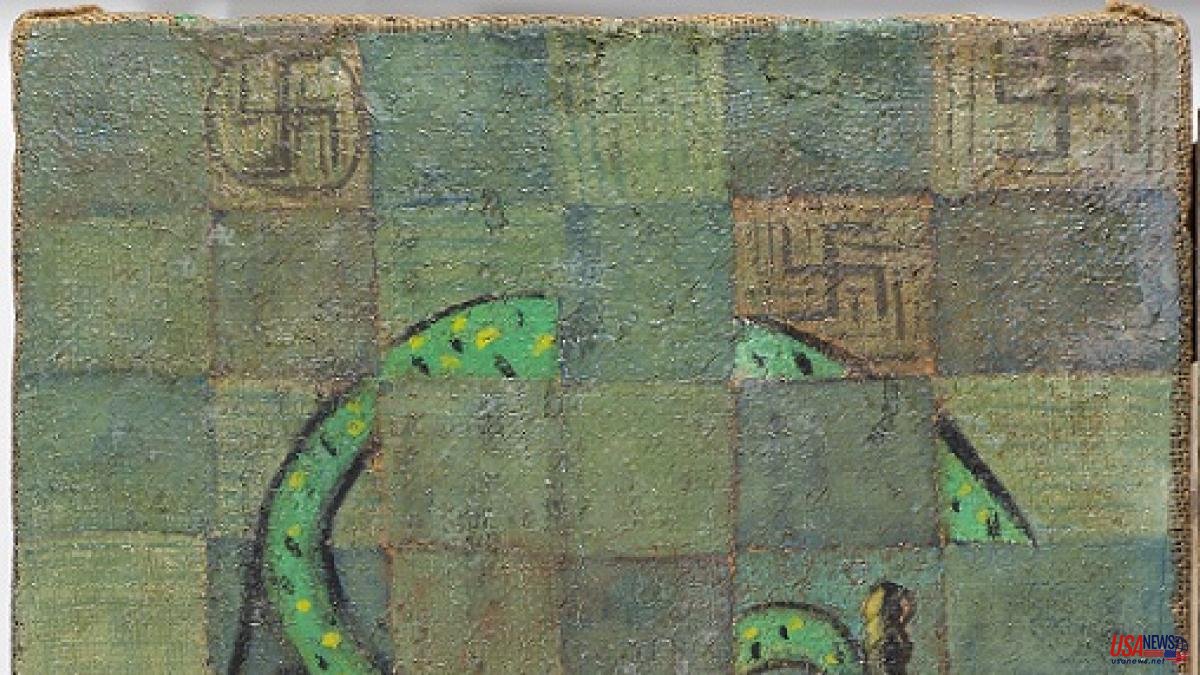 Italy brings to light an unpublished canvas that, although its authorship is not confirmed, everything indicates that it could be a Picasso. Experts believe that it is a work with which the Spanish artist wanted to pay homage to his friend, also a German painter Paul Klee, and in which the dictator Adof Hitler is represented in a cartoonish manner.

The painting is undergoing higher studies that hope to confirm whether or not the genius from Malaga was behind it.

The art expert and member of the committee of experts in Art and Literature of the UNESCO center in Florence Annalisa Di Maria, who recently presented the work, explained to EFE that it is not found in any of the catalogs of the stolen or seized works in what called "degenerate art", especially since it was a "very uncomfortable" painting because it was about ridiculing the figure of the "Führer" and it was better to keep it hidden.

Klee and Picasso were friends and had mutual admiration for each other and met at least twice, so much so that in 1914 Klee made a work to pay homage to Picasso and it is believed that the Spanish painter wanted to replace it with this painting, which now belongs to a private collection of an Italian family whose ancestor worked in a train station, where it is believed to have been found.

According to the first studies that have been carried out on pigments at the University of Ascoli Piceno, the work that was titled The Eye of the Serpent - due to the rattlesnake that marks the contour of the dictator's face - can be placed between 1935 and 1937 .

Di María explains that if the authorship of the artist is verified, it would be an exceptional discovery, as it would also be a great example of the great opposition and struggle of Picasso against Hitler. In this work Hitler is "caricatured" thanks to the inclusion of some elements not tolerated by the Führer and the Nazi regime such as facial makeup, lipstick and a pipe, since Hitler hated tobacco. While the written word "Schweigen" ("Shut up" in German) can be seen on the lips, which could have various interpretations such as the desire to keep the work secret, to prevent the author from being persecuted by the Nazis, or the persecution and censorship exercised by the regime.

Although the work is not signed, the expert calligrapher Stefano Fortunati stressed after analyzing this written word that the initial "S" coincides with Picasso's writing style. For the Italian expert, there are many elements that indicate Pablo Picasso's hand, such as the shape of the eyes or the lips that are "the same" as those that are also found in the design he made of Iósif Stalin, although the painting is "hybrid " between the pictorial characteristics of the artist from Malaga and those of Klee, since it was intended to be a gift to the German artist.

In addition, Di Maria points out, the analysis of the painting has determined that there are chemical elements, used by Picasso at that time and that over time caused them to become somewhat discolored and had to be retouched.

"The work deserves to be known, studied again and seen by other experts to appreciate its importance. Without a doubt, it represents one of the most important works of the 20th century as a critic of Nazism. A testimony of dissidence, bearer of the truth of those horrors committed by one of the bloodiest dictators in history. Only a genius and a master of expressionism with a deep sense of poignant irony could have created such a painting."