The Philippine justice sentenced a policeman to life imprisonment for the brutal murder of two young people during the 'war on drugs' promoted by former president Rodrigo Duterte. 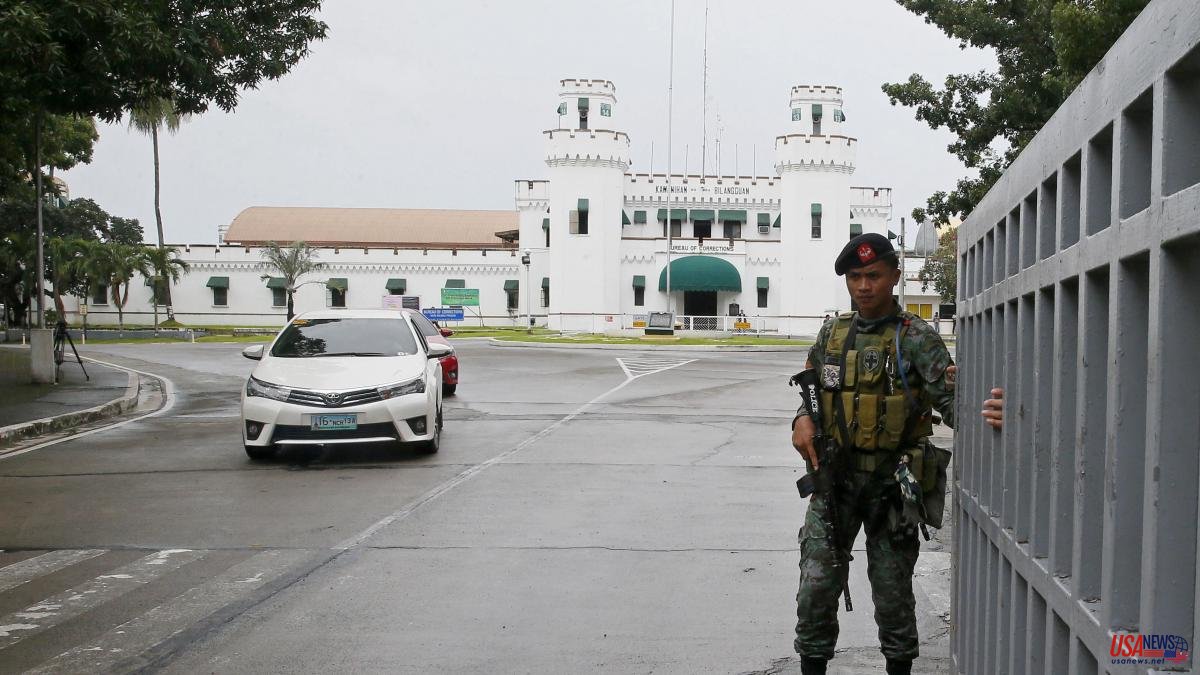 The Philippine justice sentenced a policeman to life imprisonment for the brutal murder of two young people during the 'war on drugs' promoted by former president Rodrigo Duterte. This is not the first sentence that falls on the police forces, since in 2018 three police officers were also sentenced for the murder of a minor.

This fight to prevent drug consumption and trafficking in the Philippine capital, promoted by him at the time president, resulted, according to some NGOs, with 27,000 deaths in various police raids. The agents benefited from a climate of impunity that has caused the authorities to only recognize 6,200 deaths.

Police officer Jeffrey Pérez has been sentenced to pay around 34,000 euros to the families of each deceased and to the maximum prison sentence for murdering and torturing Reynaldo Kulot de Guzman, a minor, and Carl Angelo Arnaiz (19 years old) on August 17 of 2017.

The sentence was issued on November 10, although various local media already leaked the court's decision in the hours before. It has been known that another agent accused of the same crime, Ricky Arquilita, died in prison three years ago due to hepatitis.

The agents' version defends that the young people who died were dealing drugs and opposing armed resistance, in addition, they point out that Arnaiz stole a taxi and shot them repeatedly.

The judge ruled that these accusations were false and sentenced the police officer for falsifying evidence, since, according to the magistrate, Perez and his partner placed a bag of marijuana, another of methamphetamine and a pistol next to Arnaiz's body.

The body of the minor was found on August 28 and had 25 stab wounds to his body, on the other hand, the one from Arnaiz was found four days earlier with several shots and deep wounds on his face. The autopsies showed that this damage had been suffered while they were alive, for which they were tortured until they died.

Various human rights organizations have celebrated the sentence, although they regret that more cases like this are not tried. The International Criminal Court (ICC), which has been investigating alleged crimes committed during Duterte's "war on drugs" since 2021, issued a statement on Wednesday applauding the ruling.

The representatives of the Court have been denied entry to the country, since Duterte removed the Philippines from the organization in 2019, but they consider that they can investigate the acts prior to this separation.

The representatives of the court, however, have not been able to enter the Philippines during their investigations, since Duterte removed the country from the body in 2019 and blocked the entry of the investigators, although they consider that they can investigate the crimes that were committed prior to That date.

The current Philippine president, Ferdinand Marcos, who replaced Duterte since June 30 and has his daughter as vice president, also refuses to allow the ICC to enter, alleging that the Asian country "has the means" to investigate. the happened.

However, the Philippines only has two forensic doctors, one of whom, Dr. Raquel Fortun, revealed last June that dozens of death certificates were falsified by the police, while denouncing the inaction of the authorities to seriously investigate. the thousands of deaths that occurred.