A penalty for speeding deprives Sainz of his second stage win

Carlos Sainz and Lucas Cruz were going to be happy before the end of the Dakar 2023, one of the fateful in their collection due to the hard accident they suffered on Friday in a hole on the road. 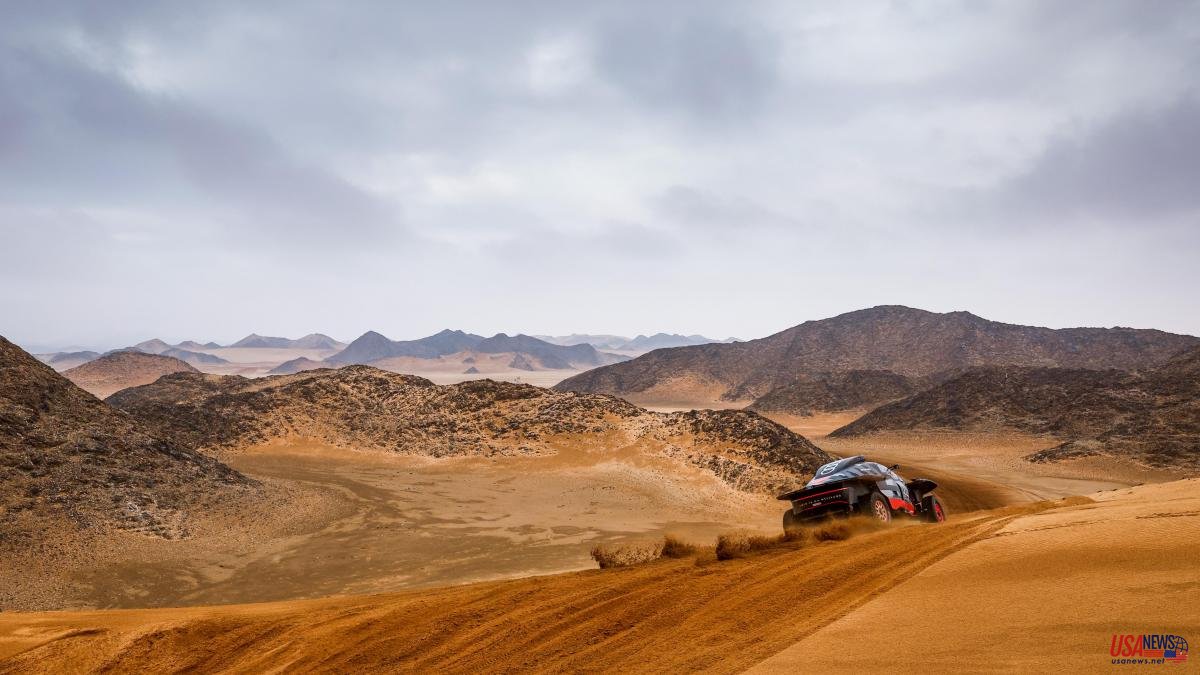 Carlos Sainz and Lucas Cruz were going to be happy before the end of the Dakar 2023, one of the fateful in their collection due to the hard accident they suffered on Friday in a hole on the road. The stage victory was his, he had it in his hand, with enough time over Sébastien Loeb and Nasser Al Attiyah, but his excessive speed deprived him of the taste of victory. The 5-minute penalty, which David Castera himself confirmed to this newspaper, prevents the man from Madrid from taking his second success.

The driver from Madrid and his Catalan co-driver, with nothing left to lose, threw in the rest and prevailed at the finish line in the 8th stage, between Al Duwadimi and Riyadh, a 346 km special, under gray skies and icy conditions. , to be in the middle of the desert.

Carlos Sainz, who ran out of options to fight for the stage on Saturday because he had to help his teammate Mattias Ekström -which made him lose an hour and a half-, this Sunday he went out to win his second special. He commanded the special from the second waypoint, extending his lead on Al Attiyah to 2 minutes and 2m19s over Loeb at point 147, and at km 203 he maintained the lead with 1m38s and 2m21s over his two pursuers. In the end, at km 346, the advantage was 1m29s and 3m40s, respectively.

However, the joy of the Madrid and Catalan duo was short-lived. A 5-minute penalty for speeding knocked him out of victory. David Castera, the Dakar race director, confirmed this to this newspaper in a position prior to the finish line of the stage. “He has exceeded speed in a control (camouflaged), he should have gone 50 km / h and he has gone 100 km / h; he has not braked in time. Desolé”, said the Frenchman.

Al Attiyah maintains the lead with more than an hour over his immediate pursuers, Toyota's Lategan and Moraes. His fifth Tuareg is getting closer.

After the stage and before finding out about the sanction, Sainz was very happy with his performance: "We had a good stage, finally we were able to enjoy ourselves a bit. Being so far back we avoided the dust thanks to the rain."