The Subarna auction house will put up for sale on November 10 a painting by Ramon Casas that has remained hidden from the public for a hundred years. 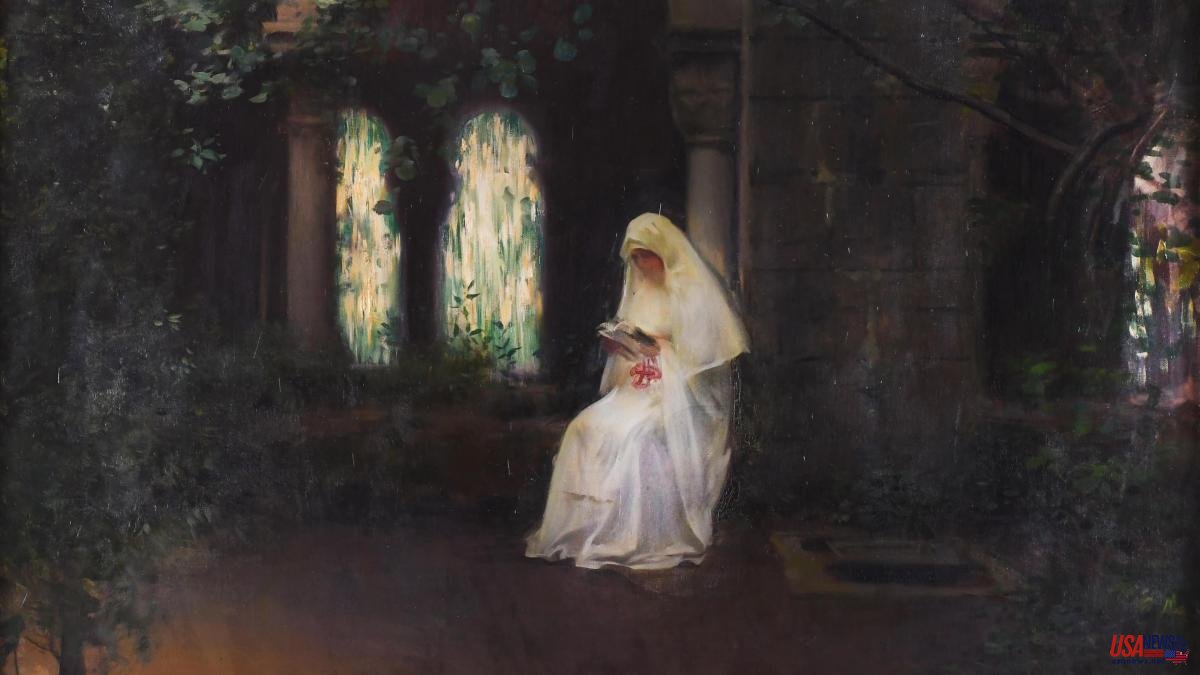 The Subarna auction house will put up for sale on November 10 a painting by Ramon Casas that has remained hidden from the public for a hundred years. The oil, whose title is In the cloister, is the property of a private collector and has never been loaned to any museum. The starting price is 60,000 euros.

In the cloister, oil painted around 1917-19 (the original purchase invoice dates from 1920), represents the figure of a silent nun concentrated on reading in Sant Benet, the monastery of Sant Fruitós de Bages that belonged to the family (his mother, Elisa Carbó, bought it in 1907) and where the painter portrayed his muse, Júlia Peraire, there on more than thirty occasions.

According to the Subarna auction house, it is a unique work belonging to the period in which the painter had established his career both nationally and internationally. Although it had not been part of exhibitions, its existence was known from the catalog raisonné (De la Cierva Editores) by the historian Isabel Coll, a great specialist in the work of Casas.

Elisa Carbó, the artist's mother, bought the monastery that had been abandoned and practically in ruins since 1836, due to the confiscation of Mendizábal. The painter's family had a textile factory right in front of it and, to spend the summers, they decided to ask Josep Puig i Cadafalch to transfer the aesthetics of the moment to the architectural space, while preserving the medieval elements.

For Casas, this space was a haven of peace in his life, and a unique place to develop his artistic ideas.