New judicial setback to the development of the last elections to the Chamber of Commerce of Bacelona, ​​in which electronic voting was launched for the first time and the independence candidacy promoted by the Catalan National Assembly (ANC) was imposed by a very large majority. 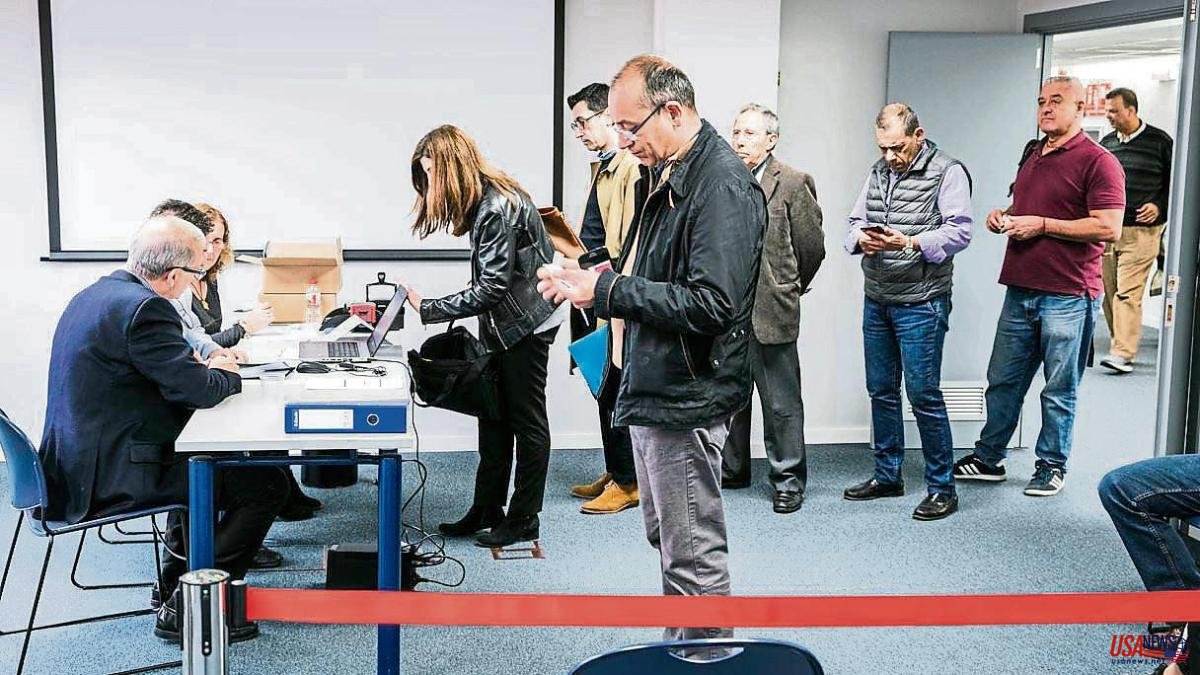 New judicial setback to the development of the last elections to the Chamber of Commerce of Bacelona, ​​in which electronic voting was launched for the first time and the independence candidacy promoted by the Catalan National Assembly (ANC) was imposed by a very large majority. After the Supreme Court declared null and void the decree of the Generalitat that regulated the electoral process, the Court of Justice of Catalonia (TSJC) has ruled that, due to a series of failures in the established system, there was "a violation of the right of equality of the vote. The Department of Business has already announced that it will appeal the sentence.

It is therefore very unlikely that this ruling could affect the current governing structure of the Chamber, which is now chaired by Mònica Roca after replacing Joan Canadell. An appeal will extend the matter for several months, perhaps beyond the next elections, which should be held in the first half of 2023. But the promoters of the lawsuit, linked to the former candidacy of Carles Tusquets, trust that at least the sentence will be taken into account for the future decree of the Generalitat for the next elections. And they attach enormous importance to this recognition of fundamental rights, a means of recourse that has been brought by the lawyer Mercedes Cuyàs, a partner at Área Pública Abogados.

The contentious-administrative chamber (fifth section) considers it proven that there was a different treatment between the face-to-face vote and the remote one (both exercised electronically), and that the system did not have the necessary guarantees. The problem denounced is that hundreds of votes were annulled that could have opted in a different direction for several of the electoral groups, such as commerce, electrical appliances or pharmacy. No face-to-face vote was annulled, only those cast remotely, on the grounds that they came out en bloc from a few IP addresses.

Despite the insistence of non-ANC candidates, a robust authentication system (double identification) was not established to ensure the validity of votes cast remotely. But later, a review of those issued from the same IP was carried out, which were canceled en masse and in a block, without distinguishing between those that could be suspicious and those that were not. According to the sentence, the procedure "did not have the necessary identification guarantees", so that after the fact it was necessary to carry out an audit on a certain number of suspicious votes and then carry out a series of investigations, including telephone calls to voters " . Some of the complainants argue that even some voter had the vote cast in favor of himself annulled and it was not taken into account that many companies have the right to more than one vote.

The new pronouncement of the TSJC comes after a cumbersome process of twenty lawsuits distributed in the 17 courts of Barcelona, ​​which have issued contradictory sentences, so the case has finally reached the Superior Court. But to add complexity to the matter, the same room of the TSJC has issued another apparently contradictory sentence, in which it considers that fundamental rights have not been violated. It rejects it for the cases of plaintiffs whose vote has not been annulled and instead sees a violation of rights when the vote has been annulled.

In the words of the room, the recognition that fundamental rights have been violated "supposes proceeding to a new recount respectful of the fundamental right violated, that is, that only those votes that are individually found to be invalid are annulled."

Sources from the Department of Business announced that an appeal will be filed arguing that "it goes against current state regulations that regulate the conditions for exercising electronic voting." They also drew attention to the existence of two judgments of the TSJC in different sense.

From the Chamber of Commerce they highlighted that the existence of two sentences in different sense justifies "the origin of an appeal". They also highlighted that "we are talking about 668 annulled votes out of a total of almost 20,000." “In any case –they added–, it is a decision made by the electoral board following the conclusions of the audit. We understand that neither of the two sentences seems to have a practical impact, not only because of the number of votes involved, but also because very likely the finality of these resolutions –and of other appeals that are pending– will not arrive before the convening of the upcoming elections."