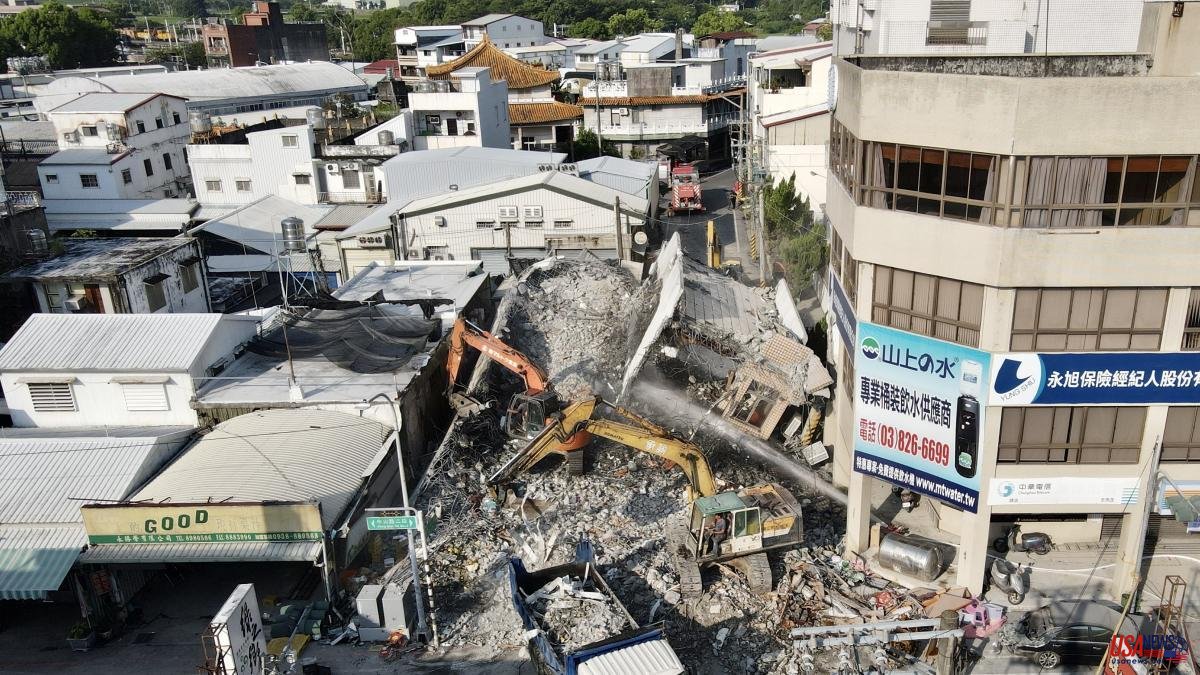 Taiwan is still shaking. The Asian island adds its third day suffering earthquakes in a series that has already caused at least one person dead and about 150 injured. The earthquake registered this Monday, of magnitude 5.9 according to local authorities, is a replica of the main one caused this Sunday afternoon and that reached a magnitude of 6.8.

According to the Taiwan Central Bureau of Meteorology, this Monday's earthquake occurred in Hualien County (east) at 10:07 local time – 04:07 Spanish time – this Monday at a depth of 13.4 kilometers.

This series of earthquakes, which has lasted three days in the southeast of Taiwan, more rural and sparsely populated, has caused personal and material damage on the island. In this sense, the authorities have reported, so far, at least 146 people injured. On the other hand, on Mount Liushishi, some 400 people have been trapped due to landslides and rocks that have cut off the roads.

The main quake on Sunday also caused transportation disruptions in eastern Taiwan, where six train cars derailed at Dongli station without causing injuries but causing temporary suspension of services on the line between Hualien and Taitung.

More than 7,000 households in Yuli township were left without power, and neighborhoods in different cities, including the capital Taipei, suffered blackouts as a result of the earthquake.

Taiwan sits at the confluence of the Philippine and Eurasian plates, so earthquakes are frequent on the island. Hualien, a tourist hotspot on the island, was already hit by a 6.4-magnitude earthquake in 2018 that killed 17 people and injured nearly 300.

Still, the deadliest earthquake ever recorded in Taiwan, with a magnitude of 7.6, occurred in September 1999, killing more than 2,400 people.